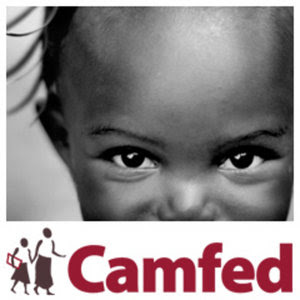 “We believe children benefit from the chance to talk with authors about books and reading, and we also believe in supporting educational efforts in impoverished countries,” said founder Suzanne Williams.

In these difficult economic times, schools have limited access to funds for traditional author visits, which can cost 10 times as much–if not more. Virtual visits offer a low-cost method for classrooms and authors to connect. Students can directly inquire about book characters, a current work in progress, or a story’s inspiration.

Additionally, a portion of the proceeds from each visit will benefit Camfed, an organization that educates girls in Africa.

The idea was born when Williams’s adult son challenged her to “think global” about her charitable giving and to find a way to magnify her support for a cause she felt passionate about.

“I was convinced that if I felt passionate about supporting education in the developing world, I could find other like-minded authors who felt the same way,” she said.

This is how the group chose Camfed, which educates and empowers girls in rural Africa, helping break the cycle of poverty and disease.

“Skype Authors is directly in line with the philanthropic focus of readergirlz. Not only is there a rich author-reader exchange, there’s life changing outreach through the fee donation,” Grover said.

In celebration of the launch of Skype Authors, a Half and Half Contest is open now. The entire fee for two half-priced virtual visits will be donated to the 2011-2012 charity, Camfed.

With the intention to expand, current Skype Authors include:

Martha Brockenbrough is author of the forthcoming picture book, The Dinosaur Tooth Fairy, and the forthcoming novel, Ten Commandments for the Dead (both Arthur A. Levine/Scholastic). She is a teacher who founded National Grammar Day and the Society for the Promotion of Good Grammar.

Dia Calhoun won the Mythopoeic Award for Children’s Literature (Aria of the Sea (FSG, 2003)). and has authored five YA fantasy novels. She will make her debut as a middle grade verse novelist in 2012.

Mary Casanova has written more than 25 books for children, from picture books to series, from books for American Girl to adventure novels.

Trudi Trueit is the author of more than 70 fiction and nonfiction children’s books, including the Julep O’Toole series (Penguin) and Secrets of a Lab Rat series (Aladdin).

Yacinta’s Story: ‘The lengths I went to get an education’ from Camfed on Vimeo.