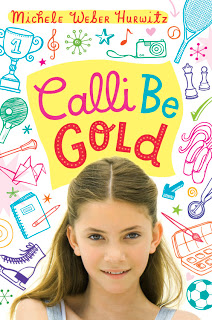 Michele Weber Hurwitz is the first-time author of Calli Be Gold (Random House/Wendy Lamb Books, 2011). From the promotional copy:

Calli is the youngest child in a funny, endearing yet somewhat misguided suburban family that places high importance on achievement. Calli’s older brother Alex is a basketball star and her sister Becca is on a synchronized skating team, but 11-year old Calli thinks she’s a failure because she’s flopped at everything she’s tried.

In the Gold family, everyone needs to be “golden” and that means winning medals and placing first. But Calli is different. She likes to watch the world around her, and think about things. Plus, she’s not so sure she wants to be a star…inside, she feels content with who she is—an average fifth grade kid. But how to get that point across to her dad, who thinks his kids have to “do” something special in order to “be” somebody.

Calli’s dad signs her up for an acting class, hoping this will be it for his daughter and she’ll find her talent at last. But when Calli meets second grader Noah Zullo through a peer helper program at school, she begins to discover what her true passion might be…and it has nothing to do with acting, or for that matter, kicking a soccer ball or doing pliés or flipping on a balance beam. Noah has some issues, and Calli is drawn toward helping him and understanding what makes him tick.

As the story unfolds, Calli, in her own quiet way, prompts her family to consider what achievement really means. Calli Be Gold is a heartwarming story about standing up for who you are and finding your own rightful place within a family. 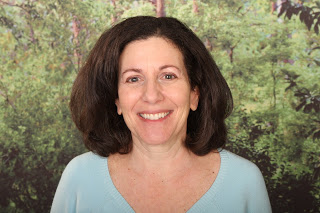 The truth is, nothing about my journey seemed inevitable. In fact, sometimes, I still can’t believe that I really published a book! Getting here took about three and a half years, and there were many bumps along the way when I doubted myself and this story.

Before I wrote Calli Be Gold, I had written two other middle grade manuscripts that never got published (probably because they weren’t very good), but now I realize that was part of the journey for me.

When I came up with the idea for Calli’s story, I did a lot of thinking about the theme, plot, and characters before I sat down to write. I love to walk (without my phone, music, or a friend — just by myself) and I learned that this is my best thinking time, something that’s essential for my writing process. A way to clear my head and let those ideas materialize.

So after I did all this walking and thinking, the writing of the manuscript took only about four months. When I finished, I sent a query letter to four agents, and all of them asked to see the manuscript. That was one of the first moments I thought I might have something here!

The first two agents didn’t take on the book, but the third called before she even finished reading — and asked to represent me. I thought okay, this is it, woo hoo, I have an agent, I’ll be published in no time! But this was when the economy was suffering, and some publishers were consolidating or downsizing, so it ended up taking about a year for my agent to sell the book.

This was a hard period of time. My agent kept reassuring me that she loved the story, and it was a matter of connecting with the right editor who would love it too, but we were so close so many times, only then to get a rejection, I admit it was frustrating. I am thankful that my agent didn’t give up and kept sending it out. 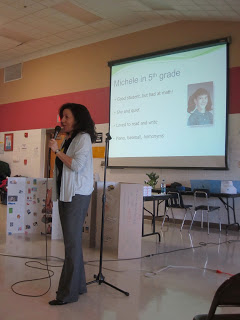 So how did I keep the faith? I’m lucky to have one very sane, patient, and even-tempered husband, and three kids who keep me laughing and busy. In the acknowlegements section of Calli Be Gold, I call them my four anchors, and thank them for keeping me afloat. It’s entirely true — without them, I might have sank!

Also, though, I kept hearing Calli’s voice in my head. She’s the main character in the book. I’m not crazy (well, maybe a little), but I’m definitely one of those authors who dreams about my characters and feels like they’re real. I just felt this girl in my heart and knew I couldn’t give up on her.

I do have to add that also, at one point during the submission process, I took a look at all the comments we received from editors and went back to the manuscript and did a revision on my own. I added a couple of chapters and changed a few scenes. I think that helped make the book more marketable.

When the “call” finally did come, it was worth the wait. My agent called as I was driving to the grocery store and told me to “pull over,” that she had something big to tell me. The big thing was that Random House — Wendy Lamb Books — had made an offer.

There were a couple of factors that I think helped me find the voice of Calli Gold. First, I had been in mother-daughter book clubs with both of my daughters for several years. That’s when I fell in love with the middle grade genre. 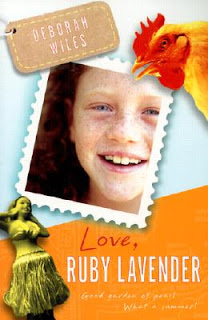 I read so many wonderful books, including So B. It by Sarah Weeks (Harper Collins, 2005), and Love, Ruby Lavender by Deborah Wiles (Sandpiper, 2002). The depth and poignancy of these stories really touched me.

I had always wanted to write a book, but it wasn’t until I started reading middle grade books that I became motivated to give it a try.

Being in the book clubs was, for me, more helpful than participating in an adult writers’ group, although I did that too. I listened to what the girls liked and didn’t like about the books we read, how they reacted to characters and plot, and when they felt unsatisfied with an ending. They taught me a great deal!

The second helpful factor in finding Calli’s voice is that when I wrote the book, my youngest daughter was eleven, the same age as Calli. Like many writers, I’m a huge observer and listener. I think my kids call that stalking! But truthfully, having a child the same age as the character I was writing about helped me create a believable, realistic girl. In fact, my daughter was actually the first person to read the manuscript and she was a great reality check for me. She told me if the dialogue didn’t ring true or something didn’t make sense to her. I had a fifth grade editor right in my house!

Lastly, much of Calli’s voice was just inside me. That’s probably the magic part. It’s hard to describe how it happens. I did draw on some of my own childhood experiences for Calli’s story. Calli is the youngest child in an intense, achievement-oriented family and she can’t seem to find a talent or measure up to her superstar siblings, nor please her helicopter parents, who only want her to succeed at a sport or an activity. The family motto is to “be Gold!”

Not that my experience was exactly the same, but I grew up with two younger brothers who were very into sports and highly competitive. My dad coached them in baseball summer after summer, and my mom brought the lemonade and snacks to every game. A quiet, shy kid, I really didn’t share my family’s love of baseball or competition. I definitely felt some of the same frustrations Calli has about not fitting in with her family.

While I was writing, I didn’t do character exercises, but I am a big note scribbler. I carry a pad of paper in my purse, and have one next to my bed, in the bathroom, in the kitchen — pretty much everywhere. I was constantly jotting down thoughts about each character in the book, scenes I envisioned, and dialogue that popped into my head.

The trick then was sitting down and compiling all of my scribbles! I do have a laptop that would make my note process much more efficient, but probably because my background is in journalism, I’ve just always been more comfortable with a notepad and pencil.

Aside from all my notes, I’m a firm believer in feeling a story, not just writing it. I think it has to come from your soul, from your heart. Sounds cliche, I know. But it’s true! When it’s there, when you feel it, then the writing just flows.

Michele makes her home in the northwest suburbs of Chicago.