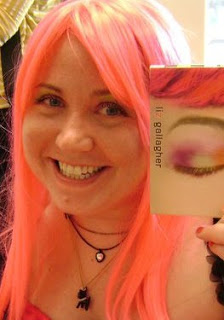 As I’m writing this, it’s days before my second novel, My Not-So-Still Life is published. Without the Vermont College of Fine Arts MFA program in Writing for Children and Young Adults, I don’t think I’d have ever written a book.

The lectures, workshops and—maybe most of all—casual conversations over giant cookies in the cafeteria gave me the opportunity to be obsessed with the craft of writing. I, and my classmates and the faculty, dedicated ourselves to really trying to figure out what makes a good book a good book.

I graduated from VCFA in January of 2006. Five and a half years later, there’s one casual conversation I find myself gravitating toward again and again.

I used to worry that, even though I was pretty good with characters, I’d never be able to finish an actual novel because I was terrible with plot. I had an idea that a plot was this thing conjured up out of thin air, a story where before there was nothing.

I thought plots came to be via magic.

Alison McGhee was on faculty, and she said, “Plot is nothing but character.”

Plot is nothing but character. Okay! With just that one small conversation, I realized that if I have a strong character and that character has desires and does something (anything!) other than sit on their bed all day, I have a plot. No hocus pocus required.

I don’t go to Montpelier every six months now, and I don’t get to be surrounded on all sides by people who love talking about craft, but I do have those two years to draw on.

Making a story come together usually still feels like magic. Except, now, I know how to access that magic. I just have to think back to Vermont.

Both books are set in Seattle, which Liz happily calls her adopted home.

Visit her online or contact her at elizabethigallagher@gmail.com for questions about this post or Vermont College of Fine Arts.