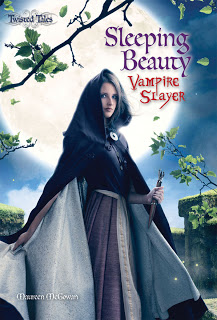 In this thrilling story full of adventure and romance, Sleeping Beauty is more than just a lonely princess waiting for her prince–she’s a brave, tenacious girl who never backs down from a challenge.

With vampire-slaying talents that she practices in secret, Sleeping Beauty puts her courage to the test in the dark of night, fighting evil as she searches for a way to break the spell that has cut her off from her family.

In a special twist, readers have the opportunity to make key decisions for Sleeping Beauty and decide where she goes next-but no matter the choice, the result is a story unlike any fairy tale you’ve ever read!

I love how you used the word “apprenticeship” because that’s what it’s like. So many people, including me, go into novel writing thinking they know how to write and tell stories, only to discover it takes time (and often several manuscripts) to develop the skills required to write publishable novels, no matter how talented you are and no matter how much you think you know about writing or literature going in.

I’m a bit of a craft junky and have quite an extensive collection of writing books—some that I go back to often, some that I’ve only skimmed. Lately, the books I find most interesting and helpful are books on storytelling structure by screenwriting gurus such as Blake Snyder, Robert McKee and Michael Hauge, but I’m not sure I would have been ready for those books, or would have gleaned as much from them, when I was a beginning writer.

As for books that helped me early on, I find it hard to pick just one so I’m going to cheat and pick two very different books, because each made a huge difference to me for very different reasons.

The first is Self-Editing for Fiction Writers by Renni Browne and Dave King (Harper Collins, 1993). I had taken courses on writing fiction before finding this book, and I had received critiques and heard advice similar to that contained in this fabulous resource book, but I didn’t initially believe some of that advice I’d been given, especially since I was writing humor at the time and so much of that is voice.

While reading this book, huge light bulbs went off for me, and I finally let go of excuses like, “But that’s my voice!” and learned to critically analyze how I was using words. I discovered that the “rules” they suggested didn’t have to kill my voice, or make me sound generic or flat. Rather, they could help to enhance and develop my true storytelling voice.

It’s no coincidence that my submissions started to gain attention from agents and contest judges soon after I read this book.

The other book was On Writing: A Memoir of the Craft by Stephen King (Scribner, 2000). I’ve enjoyed other “writers’ life” books, such as Bird by Bird: Some Instructions on Writing and Life by Anne Lamott (Pantheon, 1994), but King’s book lit a Las-Vegas-hotel-sign-worth of light bulbs for me. For one thing, he helped me get over the literary vs. genre fiction struggle I was having with myself, by validating great storytelling as a difficult and worthy creative profession to pursue.

Also, at the time, I was working with a large group of critique partners whose voices were getting into my head as I wrote, making me question my judgment, and either stalling my process, or sanitizing the stories I wanted to tell.

Now with a few more manuscripts under my belt, I do have the confidence to let a few very trusted critique partners peek behind the door while I’m writing my first draft, but only if I need help or reassurance, and while I rely, more than I can say, on my critique partners to read and give feedback on that first draft, I no longer let anyone see my work until I have at least a rough draft of my vision down on paper.

As a paranormal writer, what first attracted you to that tradition? Have you been a long-time paranormal reader? Did a particular book or books inspire you?

I had written a few contemporary set manuscripts before heading in paranormal and “other world” directions. And I did love writing stories set in the real world, but there’s something very freeing and exciting about writing paranormals and/or urban fantasy.

As a child, I enjoyed fantasy fiction–I remember the C.S. Lewis books in particular–but at some point found all the strange names and other-world histories in fantasy got in the way for me and slowed the stories down.

I might get rotten tomatoes thrown at me for admitting this, but I still haven’t read all the way through The Lord of the Rings (by J. R. R. Tolkien (1954-1955), in spite of trying again just before the movies came out. I get caught up in the pages and pages of wars in the second volume every time. For me, it gets tedious.

As a reader, I didn’t delve back into anything paranormal (or fantasy) until Anne Rice. I devoured her books when I discovered them. Then, more recently, the books in J. R. Ward’s Black Dagger Brotherhood series were like crack for me. (Not that I know what crack is like.) But I inhaled the first four or five books in her series, and after that, decided to try my hand at writing something in the urban fantasy or paranormal realm.

Then I started reading YA authors such as Suzanne Collins, Carrie Ryan and Kelley Armstrong and was awed by the scope and boldness of the stories. I think that some of the most exciting books coming out these days are for the teen market and crossover to adults really well.

I find creating stories with one foot in reality and one foot in fantasy or the future exciting and freeing.

As a reader, I love the fast pace of many recent paranormal and post-apocalyptic stories, and I think this kind of story lets the reader (whether teen or adult) explore dangerous situations and fears—and even dangerous relationships—under the safety blanket of “it’s all make-believe”.

All fiction is make-believe…but add a paranormal element and you can heighten so many elements. 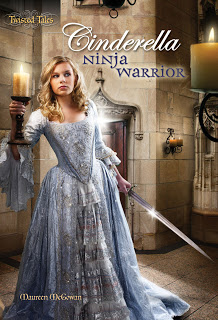 With my new Twisted Tales series, I loved taking well-known tales and re-imagining them as more action-packed and exciting stories. I placed my heroines in lots of dangerous situations, but gave them the skills, both physical and internal, to survive and earn their happy endings.

I also wanted to “fix” some of the problems I saw in the classic fairytales. For example, the prince in Cinderella falls in love with her at the ball, but then he can’t recognize her the next day because she’s no longer dressed in fancy clothes? Really?

Maybe in the original story this was intended as a comment on class structure, or something, but I don’t like the message it sends to modern girls.

All in all, I hope I’ve re-imagined these classic fairy tales in a way that will satisfy readers who love traditional happy endings and handsome princes, but I’ve also made the stories more exciting and given the heroines the courage, power and ability to save themselves.

Although I’m still early in my career, I’ve already been with two agents.

The first time I was looking, I pitched to an agent at a conference. And I was lucky enough to have had a personal introduction to that agent ahead of time, through a great writer-friend and now HarperTeen author Diana Peterfreund who didn’t know me from a hole in the wall at the time, but had read the first 50 pages of my manuscript in a contest. Diana actually pitched my book for me to her agent at a party. (You’ve got to love the generosity of so many authors.) Ultimately, I signed with a different agent at that same agency, but it all started with that pitch.

I do believe in conference pitches, because to me it’s like a free pass past the sometimes tricky query stage. Also, conferences give writers a chance to size up the agents, by hearing them speak on panels and/or meeting them in person. Following agent blogs and twitter feeds is another way to get a sense of an agent, if you can’t make it to conferences.

While my first agent was great, we never did end up finding the right home for any of the projects I wrote while with her (all adult fiction), and ultimately, when I decided I wanted to write for young adults, I knew it was time to move on—the scariest decision I’ve made in my writing-career to date.

The second time around, I’d like to claim I did everything the smart way. And I meant to. I really did. But in the end, before I was even finished my new project, I sent out a very small number of queries, just to test the waters, and much to my surprise, within a couple of days of finishing the new manuscript, a dark post-apocalyptic YA, I already had two agents who wanted to represent me, so I didn’t have time to cast the net more widely.

Ultimately, I decided to go with a newer agent at a major agency, Charlie Olsen at InkWell Management, and this time it started with a cold query—proving they can work. However, I don’t advise others to send queries before you’re finished. There were some extenuating circumstances in my case. 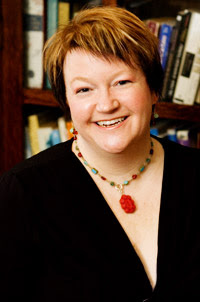 In terms of fit, I think a writer should choose an agent who’s over-the-moon excited about your manuscript. One who’s very confident in his or her ability to sell your book and can articulate a plan to make that happen.

But enthusiasm alone isn’t enough. An agent should be able to demonstrate or show evidence of his or her ability to sell the kind of story you write to the kind of publisher you want to work with.

While you don’t need to be best friends with your agent—it is a business relationship, first and foremost—I think it helps if you share a similar sense of humor and find it easy to talk to him or her. They will be representing you, so you need to feel confident they understand what you want and believe you’ll be proud to have them as your advocate.

I’ve also discovered that, for me, I want someone driven and whose advice, vision for my work, will reinforce my dreams, not my fears. I’m a master at reinforcing my fears all on my own.

From the promotional copy of Cinderella: Ninja Warrior:

In this fast-paced story full of adventure and romance, Cinderella is more than just a servant girl waiting for her prince—she’s a tough, fearless girl who is capable of taking charge of a dangerous situation.

Seeking to escape the clutches of her evil stepmother, Cinderella perfects her ninja skills and magic talents in secret, waiting for the day when she can break free and live happily ever after.

In a special twist, readers have the opportunity to make key decisions for Cinderella and decide where she goes next—but no matter the choice; the result is a story unlike any fairy tale you’ve ever read!