“You can always have charm.
“It’s better than beauty. It lasts longer.”
—Coco Chanel 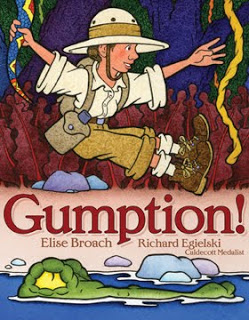 There are many ways for a book to succeed with readers—through a compelling idea, an original voice, an engaging humor or poignancy or pace—but surely the most reliable is through the creation of a likable main character.

Nothing in a story keeps readers as enthralled as a character who has won their hearts.

But when you come right down to it, what does “likable” mean? Certainly, what’s likable to me isn’t necessarily likable to you or anybody else.

When we think about how specifically we choose our friends—the lovely, particular alchemy of attachment between two people—the task of creating a character with appeal to a large and diverse crowd of readers seems nearly impossible.

And yet it happens all the time. Think Wilbur. Or Junie B. Jones. Or Harry Potter. These three characters could hardly be more different from each other in personality–from Wilbur’s gentle yearnings to Junie B.’s brashness to Harry’s stoic determination–yet they’ve attracted legions of devoted readers, of every conceivable stripe.

One thing they have in common in their respective stories is that they’re all in big trouble. Wilbur is facing the butcher’s knife; Junie B. is endlessly courting mischief and meriting punishment; and Harry is the moving target—across seven books and thousands of pages—of the Dark Lord’s murderous wrath.

Which brings me to my first thought on creating a likable character: it helps to have him or her in dire straits early on in your story.

I remember reading once that if you want readers to bond with your main character, put him in love or in trouble on the first page. The reason isn’t hard to fathom: it makes the character vulnerable, and readers are instinctively drawn to, interested in, and protective of vulnerable characters. A difficult situation with a high emotional investment for the character sows the seeds of compassion and affection in the reader.

This one trick of circumstance can compensate for a whole host of off-putting personality traits.

Thus, as writers, we want to create the hurdles, the enemies, the risks and the consequences that will form the bonds of attachment between the reader and our character.

But what about personality traits? Will some traits guarantee a character’s likability? I think so, though you can probably come up with counter-examples for everything I list here.

In a main character, readers tend to warm up to: spunk; persistence; courage; kindness; ingenuity; loyalty. We adore humor, and a character who is truly funny can get away with a truckload of vices just by virtue of making us laugh.

Certain otherwise negative traits can seem very likable in a main character. For instance, we are fond of poor judgment or inappropriate risk-taking in a main character, since it creates fertile ground for thrilling suspense and bad outcomes.

Another way to look at the conundrum of the likable character is to ask what makes a character unlikable. Generally, readers can’t stand boring or predictable characters. Characters who are overly earnest or preachy or self-pitying soon become tedious company. Whiny isn’t good. Passive is frustrating. Cruel?

A character who is mean to animals is nearly impossible to redeem.

That said, we can all think of plenty of stories with characters we like almost in spite of ourselves. That was my purpose in quoting Coco Chanel at the beginning of this post; more important than individual personality traits in the construction of character is the elusive quality of charm. It can make up for a passel of flaws.

I find this lesson driven home again and again in movies and television shows with characters who should be downright unlikable, yet still manage to catch us in their spell.

Think: Alicia Silverstone’s character in “Clueless” (1995)(based on Jane Austen’s Emma (1815)). She’s flighty, vain, unapologetically superficial, largely uninterested in the world’s complexity and suffering… but she has the ineffable quality of charm. We believe in her; we root for her; we’re on her side.

Think: Owen Wilson in almost any of his films–as the self-centered, perpetual house guest of “You, Me, and Dupree” (2006) or the shallow narcissist of “How Do You Know” (2010); in both cases, his immaturity is strangely endearing.

The character of Michael Scott on “The Office” (2005-2011), played by Steve Carrell, is another good example. Michael is hopelessly boorish and insensitive, a constant source of bigoted commentary, full of self-delusions, willing to lie, steal, or cheat to pursue his goals—a man seemingly without a moral compass. And yet he has charm. He wins us over.

How? Well, there isn’t a formula; but all of these characters do share a kind of innocence, laced with humor and good intentions, that makes up for their many vices.

One final point about likable characters: readers don’t want to see characters who are likable in the same way over and over again. Right now, especially in middle-grade chapter books, “sassy” is in; which means, in no time, sassy will be overdone. 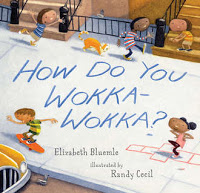 In fact, my friend Elizabeth Bluemle, author and bookseller extraordinaire, told me she’d read so many books with plucky, back-talking main characters that she was beginning to think there should be a new narrative voice, in addition to third person and first person, called “first-person sassy.”

If the sassy main character—however engaging—becomes too common and familiar in children’s fiction, readers will quickly become bored.

As readers, we want likable characters, but we also want to be surprised. For writers, the challenge is not only to give readers a likable character, but also to introduce them to someone new.

Since I opened with a quote from one icon of the fashion industry, I’ll close with a quote from another. Miuccia Prada once said that whenever she considers a new design, she asks herself three questions: “Do I like it? Is it new? Will it sell?”

They are good questions to ask in thinking about characters, too.