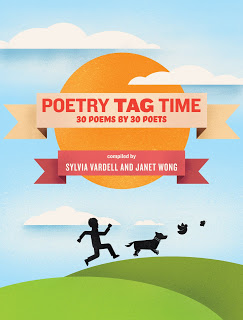 Just in time for National Poetry Month, look for the first ever electronic-only poetry anthology of new poems by top poets for children (ages 0-8), PoetryTagTime, compiled by Sylvia Vardell and Janet Wong and available for only 99 cents at Amazon.com.

This collection of 30 new, unpublished poems range from the humorous to serious, about tongues, turtles and toenails, in acrostics, quatrains, and free verse written by 30 of our best children’s poets:

And the “connections” between poems as the poets voice how their poems are interconnected adds another layer of fun and meaning. You’ll be able to share brand-new poems and poetry tips with children all month long for pennies a day!

Note: Sylvia and Janet are pictured in that order below. 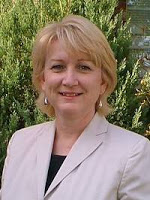 How do you play tag with poetry?

In PoetryTagTime, each poet has tagged the next poet and explained how her/his poem connects with the previous one, in a chain of poets, poems, and play.

PoetryTagTime encourages appreciation of children’s poetry by making it an affordable 99-cent “impulse buy” that is easy to find, easy to own, and easy to read aloud (whenever the mood strikes and an e-reader, computer, or cell phone is handy). A teacher might read a poem aloud to start each morning. A family on a road trip might read poems aloud to pass the time. 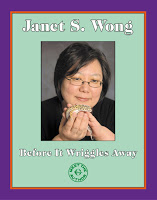 We bet that at least a tenth of those Kindles belong to adults who spend a significant amount of time each day with children. Wouldn’t it be amazing if we could bring a million Kindle readers to children’s poetry?

Even if you don’t own a Kindle, you can download the free Kindle app for a number of devices, including your Windows or Apple computer, iPad, iPhone, BlackBerry, or Android-powered phone. Also, be sure to check out our web site (PoetryTagTime.com) and companion blog (PoetryTagTime.Blogspot) for strategies for sharing each of the 30 poems in the book, rolling out one per day throughout the month of April.

Author Interview: Sylvia Vardell on Poetry Aloud Here! Sharing Poetry with Children from Cynsations. Peek: “Picture book collections of poetry have been around a long time, but the illustrations in this format are continuing to evolve, with double-page spread art becoming the norm with the poems superimposed on the images, rather than with drawings supplementing the verses. Now we have to be careful that the art doesn’t overwhelm or derail the poetry!” See also Poetry for Children.

Author Interview: Janet Wong on the Dumpster Diver from Cynsations. Peek: “I’ve written themed-collections on mothers, driving, dreams, superstitions, and yoga. But I have a ton of poems that would be hard to fit into a themed book–and so, for now, those poems sit in my computer or on little scraps of paper scattered throughout the house.”