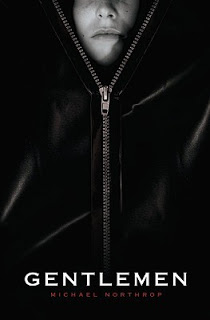 Michael Northrop is the first-time author of Gentlemen (Scholastic, 2009, 2010). From the promotional copy:

Except for Mr. Haberman, their remedial English teacher, no one at their high school takes them seriously. Haberman calls them “gentlemen,” but everyone else ignores them—or, in Bones’s case, is dead afraid of them.

When one of their close-knit group goes missing, the clues all seem to point in one direction: to Mr. Haberman.

Gritty, fast-paced, and brutally real, this debut takes an unflinching look at what binds friends together—and what can tear them apart.

As a young reader, I was not a young reader, which is to say, I am dyslexic and didn’t start reading for myself until fairly late. The first things I read for fun were Dungeons & Dragons books, which I read a few pages at a time, figuring out how to create a half-elf magic user or browsing The Monster Manual (Wizards of the Coast, 1977). 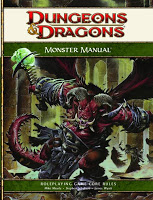 The first novel I remember reading for fun wasn’t too far afield from D&D: The Book of Three by Lloyd Alexander (Henry Holt, 1999). That was probably around fifth grade.

At about that time, I was assigned Watership Down by Richard Adams (Scribner, 1996) in school, and that just blew me away. I was basically sold on reading at that point, but it was still hard work for me and I still stuck mostly to what was assigned.

Around seventh grade, people began passing around Robert Cormier and S.E. Hinton books. It was sort of done “under the desk,” as if the books were somehow forbidden. (I don’t think they were anything more than lightly frowned upon, but we preferred to think of them as contraband.) That made a very strong impression on me: Not just the books, which were amazing, but also the idea that reading could be dark and cool.

Sophomore year of high school, our teacher read us the poem “Hawk Roosting” by Ted Hughes. It is written from the perspective of a hawk (“my manners are tearing off heads”), and it basically confirmed all of those earlier suspicions: Reading could be dark and cool and
exciting. It also helped me realize that interesting stories could come from extremely unlikely places.

Those elements continued to be important to me all through high school. It’s an intense time, and I gravitated toward intense writing, becoming a more avid reader each year.

When I decided to write my first young adult novel, it was important to me to write something in that vein: intense, dark, and honest about what that age can be like.

I’d love to think that a reader might pass Gentlemen to a friend under the desk, even if it would probably be just fine above it. 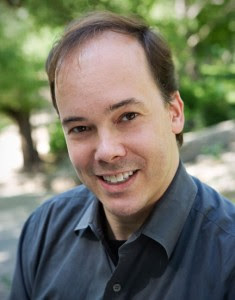 I went to a small elementary school in a very small town, but the teachers were excellent. I was diagnosed as dyslexic in second grade, which is impressive (especially back then). I spent a year in special ed, and it made an enormous difference. In a larger school, I could easily have been tracked as a remedial student and just pushed along.

The narrator of Gentlemen isn’t me, but in a way, he’s the sort of teen I could have been. He’s fairly bright, but he’s been stuffed into remedial classes. No one expects much of him, and he has stopped expecting much of himself.

I’ve always been fascinated by that idea: that expectations can be self-fulfilling, whether they’re high or low, that the breaks you get early can snowball for the rest of your life. In my case, a good break in second grade helped me land in honors classes a few years later.

But it wasn’t inevitable: A few bad breaks could have had just as big an impact and led to a very different life. In that sense, writing Gentlemen felt very personal. It was a way of exploring lives like that, of portraying kids doing their best but still dragged along by those forces.

As for tapping into the teen mindset, I think it helped to set the book in a town and high school much like my own. My memories of being that age in that place are vivid and interconnected.

I was also an editor at Sports Illustrated Kids for over a decade and am very comfortable writing for specific reading levels. I think the real key is just being honest with yourself about what that age is like.

Yes, it’s intense, but it can also be awkward, ridiculous, and a dozen other things. You may not, just saying, have your act entirely together.

As a writer, you need to resist the temptation to idealize it on the one hand or to lecture or superimpose an adult sensibility on the other. [See Michael as a teen below.] 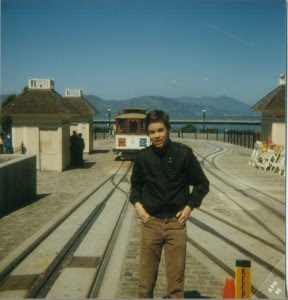