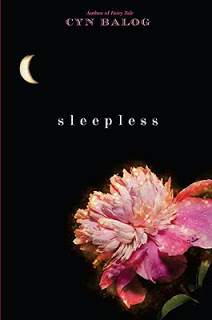 As an author of paranormal romance, I’ve introduced my share of otherworldly characters.

I based the fairies in Fairy Tale (Delacorte, 2009) partly on existing classical folklore and mythology, bending the rules and the lore when appropriate for my story.

But with the Sandmen in Sleepless (Delacorte, 2010), I had more creative leeway. Very little classical lore exists about Sandman, so I had more freedom to create the Sandmen I wanted to create. After all, this is fiction. You are only limited by the depths of your imagination.

However, you can’t let the freedom go to your head. Good fantasy is always built on a foundation of human experience and emotion. It is that which will make your reader identify with your story.

Therefore, while your creatures may be otherworldly, they must possess some human traits which will make your reader warm up to them. Maybe your character doesn’t speak; maybe it doesn’t even look human, but something about it must be human. For example, even if your main character is a gelatinous glob of goo, maybe it can quiver in fear every time a certain individual is near.

A common mistake among beginners in writing fantasy is the tendency to fill page after page with wild happenings, crazy critters, out-there worlds that are so very different from our own, the reader feels disengaged. They write a plot-driven quest fantasy where it’s just one obstacle after another until the quest is fulfilled. Things just happen to the characters; very little do the characters determine what happens.

This is because the writer has not fully fleshed out the characters. Good fantasy is equally plot and character driven. In any novel, your characters make things happen and create conflict because of who they are.

Unfortunately, with fantasy, it’s so easy to rely on archetypes, just because all those fairy tales of our youth seem to take place in fantasy worlds. It seems only natural to have clichés.

Real characters are not fully good or fully evil. It’s fine to rely on archetypes as a start for building your characters, but can you turn them on their heads?

In Fairy Tale, I made the fairy the star football player. I’d read a dozen tales about a girl finding out she was a fairy princess, and I thought it would be interesting (and way more fun) to have the macho guy learn that he was the fairy. Imagine him trying to explain that to his friends around the locker room!

Unexpected quirks in your characters can help to keep your fantasy fresh and entertaining. Creating a character in fantasy is not unlike creating a character for a realistic novel—as with all characters, you add in weaknesses and fears, goals and motivations, and a back story. All these things will make the people in your story–as well as the creatures–come alive.

Cyn Balog is the author of the young adult paranormal novels Fairy Tale and Sleepless. She lives outside Allentown, Pennsylvania with her husband and daughters. Visit her online at www.cynbalog.com.

Look for Cyn’s next book, Starstruck (Delacorte) in July. Peek:

When Gwendolyn “Dough” Reilly’s boyfriend and best friend Wish moves away in seventh grade, the only consolation she can find is in her family bakery’s donuts.

Now, it’s sophomore year, and Wish is coming back. But in only three years, they’ve both changed—drastically. he’s seriously overweight, and suddenly Wish is the most popular guy in school, and girls everywhere want him.

Dough has doubts that appearances don’t matter and that Wish can love her as she is, so she launches into a plan designed to keep them together.

That is, until she discovers that Wish’s gorgeous looks and charm might not be all they appear to be.