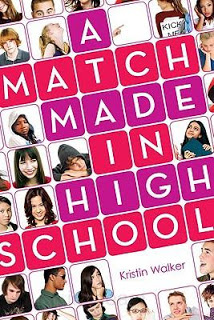 Kristin Walker is the first-time author of A Match Made In High School (Razorbill, 2010). From the promotional copy:

When the principal announces that every senior must participate in a mandatory year-long Marriage Education program, Fiona Sheehan believes that her life can’t get any worse.

Then she marries her “husband”: jerky jock Todd, whose cheerleader girlfriend, Amanda, has had it in for Fiona since day one of second grade. Even worse? Amanda is paired with Fiona’s long-term crush, Gabe.

At least Fiona is doing better than her best friend, Marcie, who is paired up with the very quiet, very mysterious Johnny Mercer.

Looking back, it does seem inevitable that it would land at the ten-year mark, but looking forward from ten years ago, I certainly didn’t think so.

Just after I started writing children’s books, I went to a conference and sat in on an author panel. Deborah Wiles was one of the panelists, and at one point, she held up a copy of her debut middle grade novel, Love, Ruby Lavender (Harcourt, 2001), and said, “See this? This took ten years.”

I bristled and thought, Ha, not me. It’ll take me a year. Two, tops.

What a dope I was.

So fast-forward ten years, and here I am with my first published book in my hand. I wish I could have actually fast-forwarded through the slush-slogging, but in truth, those are the years I learned how to write.

I didn’t go to school for it. The closest thing I’d done was take a college course in creative writing in which my instructor gave me the back-handed compliment that she thought I had a great future writing advertisements. Actually, that wasn’t really a compliment at all, now that I think about it.

So I learned by doing, which really means that I learned by screwing up over and over again in different and spectacular ways. In my defense, I did try to educate myself. I read how-to books, I joined SCBWI, I went to conferences and tried not to seem like a crazy stalker when I made small-talk with editors (and failed a few times, I’m afraid).

No genre was spared in my quest for publication, either. I tried picture books, poetry, early readers, chapter books, a nauseatingly saccharine middle grade novel, and even a series of palindromes. (Go help, Miss! Golfer of Delley (never even yelled, “Fore”) flogs simple hog!)

I sold two kids’ poems and two Chicken Soup for the Soul essays.

A while ago, Ladybug Magazine accepted a story of mine, but they haven’t used it yet. It’s been so long, I might have to rewrite it because the girl in the story uses a camera with film.

Finally, I scored with my young adult novel. I really had nowhere else to go in children’s books, so it’s a good thing this one sold, ha-ha!

Along the way, I accumulated over 200 rejections. It was often difficult to keep going, and I wanted to quit many times. Luckily, I have a very encouraging, supportive husband and wonderful, patient children. This book is as much theirs as mine. Publication was definitely a family effort. 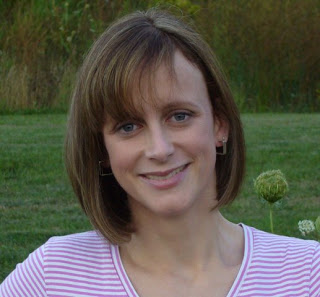 Lately, I feel like there have been two phases to this book: writing it, and promoting it. Equally difficult and demanding. Equally thrilling and rewarding.

The only difference is, if I take a break from writing, nobody notices. But I have to keep on top of promotion every day.

A new book will likely be off the shelves in three months, so I have to do everything I can to forestall that while I have the chance. It’s become my temporary full-time job.

Luckily for me, most of my target market (teens) live online. I’ve really reached out to book review bloggers, and done my best to take the hands of those who’ve reached out to me. And I love them! They’re so smart and well-read, and they treat authors like rock stars. How could I not love them?

And Razorbill was so proactive about sending out ARCs, which has been vital to connecting with bloggers. I’ve done my best to accommodate anyone who wanted to do a review of A Match Made In High School as well as anyone who asked for an interview or guest post.

Basically, I never pass up the opportunity to get my book in front of people’s eyes. That includes being on social media sites, as well. I’m on LiveJournal with a feed to Blogger. I have profiles on Twitter, Facebook, MySpace, Goodreads, JacketFlap, and more.

And I’m an introvert, which may seem like a contradiction, but it isn’t. I can post curled up in bed, if I feel like it. I can take my time with how I present myself. The thing I find most challenging is when I get attention in real life and have to promote my book face-to-face. I’ll get over it, but it might be in baby steps.

My husband is much more of a salesman and extrovert than I am, and one of the brilliantly crazy things he did was contact a Temple University PR student named Jessica Lawlor, who agreed to help me out with promotion. She’s been fabulous.

She facilitated so much of the book blogger and social media action. She got me on Twitter and taught me how to make a press release. She contacted newspapers and got me bookings on podcast radio shows. She has remained enthusiastic and driven, all while being an insanely accomplished student. Publishers, take note, because she graduates in May and will be looking for a job. Snap her up!

One thing Jessica and my husband both have done is keep me motivated and on-track, even when I’m going nuts. It’s important to keep my promotional tasks organized.

I have Excel spreadsheets listing all the bloggers I’ve worked with, as well as every review. I have a master to-do list, and I just try to take care of whatever I can each day.

It’s so easy to get overwhelmed, and sometimes it does seem like a chore, but those are the times I have to step back (or get a good butt-kicking) and remember that I am incredibly lucky to be promoting my very own published book.

Kristin Walker lives in a Chicago suburb with her husband and three sons.