The Green Earth Literature Program each year brings an expert jury together to determine winning children and young adult books with a message of environmental stewardship. The books raise awareness of the beauty of our natural world and the responsibility that we have to protect it. 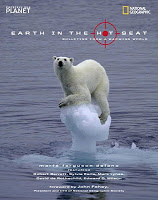 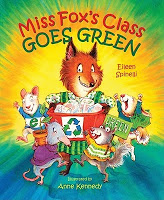 Pre-Published by Dystel & Goderich Literary Management. Peek: “…enjoy the years spent before publication. In the ten years it took her to get her first book published, she said said she never realized how free she was. She meant creatively free.”

Being Too Close to a Manuscript by Mary Kole from Kidlit.com. Peek: “Scott [Tremeil] said that, sometimes, if he hears that a writer has been working on a manuscript for 10 years or so, that’s a red flag for him. I have to completely agree. Writers who are emotionally tied up in their story to an extreme degree are also a red flag.” See also Mary on When to Tell Instead of Show.

Best Friends Forever by Margaret Bechard. Peek: “Gone are the days when we could write a realistic, contemporary story where kids could actually go out into the world on their own and have adventures without adult interference. And now our characters can’t even have best friends?” Read a Cynsations interview with Margaret. 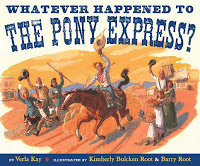 A Look at School Visits – Booking Visits, Setting Prices & Contracts and A Look at School Visits – Preparing for Visits, both from Verla Kay‘s Blog. Peek: “If you have had postcards made of your most current book, send them to the libraries and schools in the areas of the country that you would most like to visit.” Note: Verla’s latest book is Whatever Happened to the Pony Express? by Barry and Kimberly Bulcken Root (Putnam, 2010).

Hope and the Magic Lottery by Seth Godin from Seth’s Blog. Peek: “There’s a hard work alternative to the magic lottery, one in which you can incrementally lay the groundwork and integrate into the system you say you want to work with.” Source: Nathan Bransford – Literary Agent.

An Impassioned Plea for Picture Books by Judith Rosen from Publishers Weekly. Peek: “What can booksellers and a coalition of publishing folks do? Geist is looking to create a grassroots movement. Among his own thoughts for getting kids back into bookstores: creating a mailbox that stores could put up so that kids can write to their favorite author. Then the coalition would sort the letters, get them to the right publisher, and make sure each child got a response.”

More on Critique Groups by Kirby Larson from Kirby Lane. Peek: “It is a scary thing to share one’s writing. How does your group affirm the work but respond to it honestly?”

Out of the Way! Out of the Way! on Tour: an interview with Uma Krishnaswami by Sarah Sullivan. Peek: “In the editing process Sandhya Rao, editor at Tulika Books, caught one thing in the text that was leaning toward exoticism—my mango seller had the basket on her head. Sandhya asked, is that worth noting in the text? Meaning, why take what’s common to the culture and point it out? That stranges it up, and we don’t need that.” Read a Cynsations interview with Uma.

Who’s Moving Where? News and Staff Changes at Children’s Book Publishers by Harold Underdown from The Purple Crayon. Updated for June 2010. Read a Cynsations interview with Harold.

Teaching YA Fiction in the Writing Workshop by Jacqueline Kolosov from Crowe’s Next. Peek: “YA literature is all about exploration, and it has to be messy: visceral: emotionally true. And the protagonist has to be someone the reader can get behind.”

A Writer’s Manifesto by Shannon Morgan from daily pie. Peek: “1. I’ll write. Regularly: I’ll schedule time to write and honor that schedule. Freely: I’ll write first drafts with the laptop screen down, using only lowercase letters and periods. Without excuses: I’ll not postpone writing to feed a muse, because muses do not exist.”

No Need for Discipline by Kristi Holl from Writer’s First Aid. Peek: “I recoiled. Such blasphemy! How could she claim that writers didn’t need self-discipline? ‘Everyone’ knew you needed to discipline yourself to write every day, to study markets, to read in your field. How could she say that? It went against my deeply ingrained beliefs. And yet…”

Whatcha Reading Now? (Issue Five – Friendship). Peek: “In this issue, WRN? explores the nature of friendships and how they can be found anywhere—at school, a hotel, or living right next door to you. Apart from the best-buds-since we-were-two traditional friends, companionship can be pure fantasy: a giraffe and a turtle, a boy and a tree, a girl and a dragon. Keep reading and we promise you’ll find all this and more!”

The Value of a Read Aloud by Linda Salzman from INK: Interesting Nonfiction for Kids. Peek: “Nonfiction with lots of sidebars and important captions does not lend itself easily to Read Alouds. Fortunately there are plenty of other choices that work splendidly.”

A New Historical Fiction Blog and a Call for Guest Posts from Angie Frazier. Peek: “You don’t have to be an expert or all-knowing–I’m certainly not! But I have a natural curiosity about the past, and if you do as well or if you’re interested in an interactive blog for history writers, please let me know.”

2010 Rainbow Romance Award for Excellence in Romantic Fiction. Eligibility: “Any published work of GLBT romance, either electronic or print with an ISBN number, published in 2009.” Note: categories include young adult books. Note: “Rainbow Romance Writers is the home of authors and industry professional interested in promoting gay, lesbian, bisexual and transgender romances.”

Kidlit Con 2010 will be Oct. 23 at Open Book in Minneapolis. Peek: “The rough schedule calls for a wine and cheese reception on the night of Friday the 22nd, a day of workshops and panels on the 23rd, followed by a closing conference dinner in the evening.” See also the Twitter and facebook pages.

The Intersection of Faith and Fantasy: companion posts on the topic by Saundra Mitchell and R.J. Anderson from Melodye Shore at Front Pages. Peek from Saundra: “While I could write a book about a small southern town and pretend that nobody there goes to church at all, it wouldn’t be honest.” Peek from R.J.: “Thanks to Lewis, Tolkien and MacDonald (and my father), I grew up believing that fantasy is in no way incompatible with Christian faith but can actually be a meaningful expression of it.”

Featured Sweetheart: Betsy Bird (AKA Fuse #8): an interview by P.J. Hoover from The Texas Sweethearts. Peek: “In a way, I would love to unite the different spheres of children’s literature. The children’s literary magazines, children’s publishers and creators from other countries, the theatrical adaptation world of children’s books, and the film world as well. I want agents and authors and illustrators and editors and librarians and teachers to all talk to one another, get crazy ideas, and create create create. And if blogging is the connecting thread, so be it.”

Show and Tell Me: Children’s Book Creators Show and Tell: a new online zine from Amy Timberlake that offers glimpses into children’s book creators’ lives. Peek: “As I imagined it, an image, a quote, an audio file would make its way into my feed reader or email inbox. It might make me want to explore my world, or create something with my hands, or feel not so alone. (I’m a writer too.) It would be mostly images and not a lot of text so it wouldn’t take a lot of time, but it would make me smile, give me a good start to the day — sort of like when someone gives you a balloon in a birthday card.”

Author Interview: Deborah Wiles on Countdown (Scholastic, 2010) from Melodye Shore from Front Pages. Peek: “The events of 9/11 showed us that as well; it’s not necessary to have been a child of the sixties to relate to the Cuban Missile Crisis or the Vietnam War – there are children in this country today, going to school, who have never known a day in their lives that this country was not at war. And that is the place we connect to (on the surface, at least) with Countdown’s duck and cover drills.”

Interview with Rose Kent by Debbi Michiko Florence. Peek: “I’m excited that Rocky Road just came out from Knopf Books. This middle-grade novel introduces Tess Dobson, who along with her troubled Ma and deaf little brother, moves from Texas to upstate NY, to open an ice cream shop in the dead of winter. Life truly is a rocky road for Tess, but she’s a spirited fighter who never loses hope. I think there are many kids out there who have “rocky road” lives, and I hope the book touches them.”

Peachland Elementary School-Gotta Keep Reading Book Dance. Note: every school could do this and… Actually, why doesn’t every school do this? 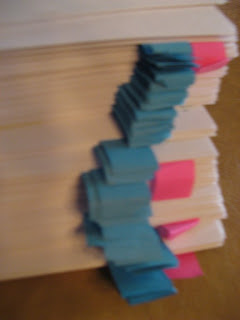 My focus this week was pouring through the line edits for Blessed (Candlewick, 2010). It’s a fairly long manuscript, a little over 76,000 words or 383 pages, not including the table of contents.

Not surprisingly, the Candlewick timeline and style guide were easier to follow than mine, and I greatly appreciated receiving copies of both for reference.

Overall, the changes were great–editors can really make us (and our books) look good.

It’s always remarkable (and horrifying) to me, the errors I’ve let slip through, given that I’ve read the manuscript so many times. But as my editor reminded me, it’s harder to find glitches under those very circumstances. The eye tends to read what you meant to say rather than what’s on the page.

I made the typical number of “stets”–a few throughout for voice and then, say, preferring the English version of a word over the Spanish (because that’s how it’s spelled in Texas where the book is set) and the archaic spelling of a German word because the reference is to ancient times.

Enter to win signed copies of Eternal (Candlewick, 2010), Rules by Cynthia Lord (Scholastic, 2006), and To Find a Wonder by Jennifer Carlson (L&L Dreamspell, 2009) from Kristine Carlson Asselin at My Writing Journey. Deadline: midnight EST June 29. Note: Kristine’s Taurus, Virgo & Capricorn: All About the Earth Signs was published by Capstone Press in January 2010.

Enter to win a paperback copy of Swim the Fly by Don Calame (Candlewick, 2010)! Read an excerpt or sample chapter (PDF). Check out this author interview (PDF).

To enter, email me (scroll and click envelope) with your name and snail/street mail address and type “Swim the Fly” in the subject line (Facebook, JacketFlap, MySpace, and Twitter readers are welcome to just privately message or comment me with the name in the header/post; I’ll write you for contact information, if you win). Deadline: June 30. Sponsored by Candlewick Press; U.S. entries only.