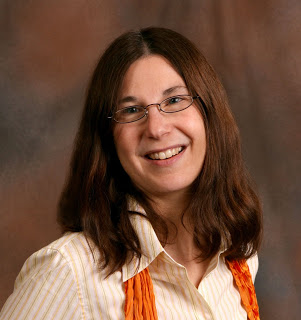 Lyn Miller-Lachmann on Lyn Miller-Lachmann: “Since 1994, I have served as Editor-in-Chief of MultiCultural Review, a quarterly journal that publishes articles and reviews on aspects of diversity in the United States and around the world.

“I edited the award-winning multicultural bibliography of children’s and young adult books, Our Family, Our Friends, Our World (Bowker, 1992) and Once Upon a Cuento (Curbstone Press, 2003), a collection of short stories for young readers by Latino authors.

“My first novel for adults, the eco-thriller Dirt Cheap was published by Curbstone in 2006.

“Gringolandia is my second novel for young adults and my first to appear in 22 years.

“I have two children and live with them and my husband, a sociologist, in Albany, New York.”

Congratulations on the release of Gringolandia (Curbstone, 2009)! Could you fill us in on the story?

In 1980 in Santiago, Chile, 11-year-old Daniel Aguilar watched helplessly as his taxi driver/underground journalist father was beaten and arrested by the secret police of then-dictator Augusto Pinochet.

Nearly six years later, Daniel, his mother, and his younger sister live in Madison, Wisconsin, and the immigrant teenager, now 17, considers himself “American.” He plays in a rock band, has a cute and smart “gringa” girlfriend, and has started to apply for his U.S. citizenship.

Then his father is suddenly released and rejoins his family in exile. Daniel doesn’t recognize his father after years of prison and torture. He wants a relationship with the father he remembers, but all his father wants to do is return to Chile to continue the struggle—unless he drinks himself to death first.

Daniel’s effort to reach his damaged father, complicated by the interference of a gringa girlfriend with her own agenda, lies at the heart of the book. 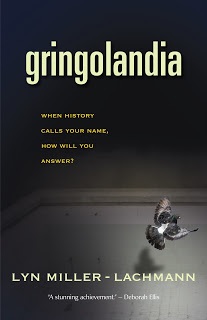 I lived in Madison, Wisconsin, in the 1980s, and many of my friends there were from Central and South America.

Through them, I became involved in several organizations seeking to change our government’s policy toward the region.

Among my closest friends was a family who had fled the Pinochet dictatorship in Chile, a dictatorship that came to power in 1973 with U.S. support. Through this family and other exiled Chileans, I helped to organize concerts of musicians from Chile who were living in exile or working underground within the country to restore democracy.

One of the exiled musicians had recently reunited with his son after a separation of nearly 12 years. Seeing them together—they stayed in my house for several days while on tour—gave me the idea for writing a novel about a son and a father reunited after experiences that had so drastically changed them both.

After the event that sparked the novel, I didn’t start writing for another year. My first YA novel, Hiding Places (1987) came out in the meantime, and my son was born. The encouraging response to Hiding Places, including an editor from a major publisher who was interested in my idea, spurred me to complete the manuscript.

In fall 1989, I received a SCBWI Work-in-Progress Grant to travel to Chile for research. But shortly before I was supposed to leave, the editor dropped the project. I went anyway in early 1990, traveled through the country, interviewed former political prisoners and human rights activists and their families, and observed the transition from dictatorship to democracy.

Upon my return I talked to several editors at other publishers, but we couldn’t agree on the direction of the novel. I put it aside and gave up writing fiction altogether.

That’s when I became a commentator on multicultural children’s books and editor of MultiCultural Review. I didn’t return to the manuscript again in earnest until 2006, when my adult novel, Dirt Cheap, was about to appear from the independent literary publisher Curbstone Press.

At that time, I completely rewrote the story now titled Gringolandia, changing the narrative from third to first person, adding a second point-of-view character, and totally changing the ending.

What were the challenges (literary, research, psychological, and logistical) in bringing Gringolandia to life?

Probably the biggest challenge, particularly after I became a critic of multicultural children’s literature, was whether I, as a cultural outsider, had the “right to write” a book about a Chilean-American family. In fact, bringing in the character of Courtney, “la gringa,” was a way for me to work through this issue, as Courtney takes Marcelo’s (Daniel’s father’s) story and “translates” it to an audience in the United States, with mixed and sometimes unexpected results.

Having lived among Chilean exiles and been part of the “committee” for many years, I became familiar with the foods, the language (including the unique Chilean slang), the challenges parents and children faced, and their (especially the adults’) nostalgia for their beautiful but suffering country between the mountains and the sea.

Once I finished the book, I was particularly gratified that Marjorie Agosín, a Chilean-American poet, essayist, and memoirist whose work I have long admired, chose to endorse it.

Take advantage of networking opportunities. Don’t be intimidated or give up if a few doors slam in your face.

How do you balance your life as a writer with the responsibilities (speaking, promotion, negotiations, etc.) of being an author?

It’s a hard balance to strike, especially when you add in a family and a full-time job. For me, it’s the writing that gets shortchanged because the others have tangible results, and writing is far more uncertain. Even experienced and successful authors have manuscripts that don’t work out or don’t sell. I have to give myself permission to write.

What are your three favorite YA reads of 2009 and why?

There’s an interesting pair of novels that came out at the same time and cover different aspects of the civil rights struggle in the 1950s and 1960s in the South and the North, respectively—Bethany Hegedus‘s Between Us Baxters (WestSide, 2009) and Kekla Magoon’s The Rock and the River (Aladdin/Simon & Schuster, 2009).

In fact, Bethany and Kekla, who met at the Vermont College of Fine Arts MFA program in Writing for Children and Young Adults, give joint presentations to middle schools on the history of the civil rights movement.

I was so impressed with their books and other materials that I asked them to write an article that’s appearing in the winter 2009 issue of MultiCultural Review.

Another recent book that I liked—it actually came out at the end of 2008—is Padma Venkatraman’s Climbing the Stairs (Putnam, 2008). It’s set in India during the Second World War and the height of the independence struggle. The author does a superb job of weaving historical events into the family’s story.

You also are the editor-in-chief of MultiCultural Review! Could you tell us a little about the publication?

MultiCultural Review publishes feature and book and media reviews on aspects of cultural diversity in the United States and around the world. The quarterly journal began in 1992; I took over as editor-in-chief at the end of 1994.

About a third of our reviews focus on children’s books and more than half of our articles are multicultural bibliographies or discuss ways of using multicultural books in the K-12 classroom.

Among them is a semi-annual column on recommended children’s and young adult books in Spanish and country-specific bibliographies focusing on different regions in Asia.

Why are multicultural books for young readers such a passion for you?

I used to teach high school in New York City, and my students responded to books that portrayed their experiences and affirmed their heritage.

I remember holding a contest one year, and the grand prize was a copy of Gabriel García Márquez’s One Hundred Years of Solitude (1967). It’s a difficult book for any reader, but the winner, a Puerto Rican girl, came back next year to let me know how much she loved the book and how it opened her eyes to the richness of Latin American history and culture.

This was at one of the roughest high schools in the city—it has since been closed down—and the students weren’t used to teachers who listened to them and materials that reflected their lives.

What do you do in your so-called spare time?

Watch my kids play video games. Due to poor eye-hand coordination, I never get beyond the first level, but my daughter is especially skilled. She’s been beating her older brother at combat games since she was four years old.

When my editor at Curbstone Press accepted Gringolandia, he suggested I write a companion or sequel from the point of view of Daniel’s younger sister, Tina. I was thinking along the same lines myself, so I agreed to do it.

Several months after I finished the first draft, he passed away suddenly, but I’m moving ahead with revisions and will probably start shopping the manuscript around in the fall.