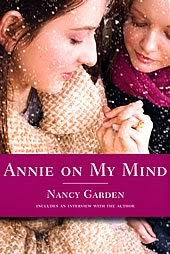 Here’s the latest reply, this one from author Nancy Garden:

I think the most important lesson I’ve learned about my craft–or at least about myself as a writer–over the past decade is to slow down!

By that I don’t necessarily mean to write less, and I certainly don’t mean to take more time off (what’s that?), but what I do mean is to be sure to give each new book or story all the time it needs before sending it off to one’s editor or one’s agent.

Working on more than one book at the same time used to work for me, especially when each project was at a different stage of development and or when each was different from its companions–different age levels, for example, different genres, etc.

But recently, I found myself working on two or three things which were at roughly the same stage of development at more or less the same time–and that led to my impatiently releasing some before they were really ready.

Maybe that’s because I’m not as young as I once was, or maybe it’s because I’ve become less patient, but whatever the reason, it’s made me feel increasingly that it’s best as much as possible for me to stick to one project at a time–at least to try to make sure close-together projects are at different stages of development.

Artistic life? Well, when my first book was published–and actually my first two books were published very close together, after a long period when nothing of mine had published–I made the mistake of thinking the days of rejection letters were probably over.

But since then, both in the last ten years and earlier, I’ve found that, at least for me (and many, many other writers I know and admire!), there’s nothing sure but death, taxes, and rejection letters!

And–this is more important–I’ve also found that being aware of that is a good way to keep a sense of balance about one’s career.

That leads me to the third part of your question, the part about publishing, and this is tricky.

I’ve learned, especially in the last ten years, that it’s a good idea as much as possible to try keep abreast of the changes in publishing and in kid/teen culture.

But it’s still helpful to have an idea of where and how one’s work and what one wants to say might fit within this rapidly changing world.

Don’t get me wrong on this, though. Even if it doesn’t fit, and there’s no way to make it fit, I think that’s okay, too–because it’s also true that good stuff that doesn’t fit often eventually gets published anyway.

I know this must sound as if I’m contradicting myself, and in a way I guess I am–because I do believe strongly that both are true: It’s important to try to be aware of what’s going on in the world for which one writes, but also to write what one wants to write anyway!

Read a Cynsations interview with Nancy.