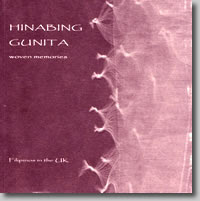 Candy Gourlay was a London correspondent for the global news agency, Inter Press Service (IPS). She was also the Manila correspondent for Asia Magazine, a South China Morning Post publication. Candy has co-edited a collection of oral testimonies Woven Memories: Filipinos in the UK and part of her novel Ugly City features in the British SCBWI‘s first anthology, Undiscovered Voices. She was interviewed in January 2008 by Anita Loughrey, as one of the speakers at the SCBWI Bologna Conference 2008 (scheduled for March 29 and March 30 in Bologna, Italy).

Did you always want to do what you do?

CG: I wanted to be a writer since I was a child, but I had no idea what sort of writer until I stumbled into journalism after university. Journalism was a good way to get into writing, but I found reporting and gathering facts scary and intimidating. You had to talk to total strangers. You had to get it right. You had to resist the temptation to make a dull story a little bit more interesting.

But journalism is a great training ground–you learn how to edit your own work and how to be edited, you become meticulous about facts and gathering background information, and you have no fear of sitting down and writing when you need to (I perform best when up against a deadline).

I spent the eighties writing about miscellaneous dictators in the Far East, but the nineties found me at home surrounded by dictators of a nappy-clad variety. I missed the buzz of the daily deadline. From churning out two thousand word pieces a day, I found myself counting the minutes between naps and play groups.

Then the Internet came along. I suddenly struck on the idea that I could use my reporting and design skills to produce my own magazine online. This was pre-blog, pre Web 2.0. I bought some software that claimed to make it easy but I couldn’t make the Web pages look the way I wanted them to. So I taught myself code–learning what I needed to upload my first website Mum at Work (Let’s Do It All, We’re Already Tired Anyway).

This lead to my current source of bread and butter, Web design. But my true love is writing.

CG: I have just finished a novel called Ugly City–about a dystopian city state where parents must leave and children stay; it’s the law. I had begun a novel based on some reporting I’d done in the Philippines about the children of migrant workers who had everything–Playstations, TV, cell phones–but who lived alone, with no parents. I thought, these kids must think they are so lucky, they had everything. Except of course, the most important thing: parents to look after them. But I got bogged down by the realities of the setting–the history and politics of the Philippines. Then I thought, why not just make the setting up? And that’s how the Ugly City came to be.

Ugly City almost wrote itself–and I was fortunate to win a place in the recent SCBWI (UK) competition, the prize being inclusion in the anthology Undiscovered Voices, which will be distributed to editors and agents. Ugly City also led to my signing with an agent, and I am going to spend the whole of 2008 with my fingers crossed. Ugly City taught me a lot about action, plot and character. I am currently rewriting a novel I completed in early 2007, Volcano Child.

CG: I grew up in Manila during the dictatorship of Ferdinand Marcos in the sixties and seventies. In that time, the Philippines spiraled into economic decline and the best and brightest people fled overseas to find work. I remember some of my teachers in grade school left to become maids in the United Kingdom.

Sadly, the emigration habit has become firmly entrenched in the Philippine mindset–everyone I know has a relative who is working abroad–often in menial jobs. My dad, who was an architect, left to work in the Middle East in the eighties as our house faced foreclosure. He says he worked as an architect. Sometimes I wonder what he really did out there. I had a week to learn to drive before he left, and in the first weeks, driving the younger kids to school, I had two collisions! Perhaps this is why the two novels I’ve written so far dwell on the themes of separation and yearning.

CG: I loved so many books, especially those by Enid Blyton and Charles Dickens (to a girl living in sweltering Manila, the English landscape was the stuff of fantasy better than Hogwarts)–but If I had to choose a favorite book, it would be Little Women. I so identified with the March family, their poverty and struggle to cope with the absence of their father–I especially identified with Jo; I knew what it was like just needing to write!

Why do you blog? Is blogging for all writers?

CG: The rise and rise of Web 2.0–heightened interactivity of the Web–and my burning desire to write led me to blogging. I realize now that Mum at Work was a form of blogging in itself, because I was writing essays on why women should not neglect their creative side when they become mothers.

Today, I write a blog on trying to get published (Notes from the Slush Pile) www.notesfromtheslushpile.co.uk as well as a blog on writing my novel in progress, Volcano Child. I have also taken to writing blogs that have a clear end point. Last year, I kept a comic blog about the building of my shed. This year, I am blogging about a paradise island I recently visited which is a paradise no longer.

I blog because I like to write. I blog because journalism is a habit that is hard to shake. Some people say, but don’t you run out of things to say? On the contrary, there is so much to say about everything that sometimes I can’t sleep with all the ideas swirling in my mind. So I write it up. And the wonderful new technologies of Web 2.0 allow others to read and comment and share their thoughts on what I write.

Blogging isn’t for everyone. I am a compulsive writer, and it works for me. It keeps me sharp. But it could be a big time waster or procrastination device for someone else. I think we writers must always ask ourselves, Are we writing the book? If not, then we should stop all other activity and get on with the thing we set out to do.

Do you think the Internet is an important marketing strategy for writers? Why?

CG: The Internet is a huge opportunity for writers, especially with the realities of shrinking marketing budgets, commercial challenges and Amazon. There is so much out there for the writer–research tools, free thesauruses and dictionaries, blogs to talk up your work, ways to sell, social networks to well, network with. But all these take time and require a learning curve.

If you are at the early stages of writing, if you struggle with word processing, the Internet would be a curse. It is easy to lose an hour or two when all you wanted to do was check your “in” box. At the end of the day, it is up to you to judge whether you will have the wherewithal to resist the Web’s addictive attractions. Keep your eye on the ball.

What does new technology have to offer a writer for children?

CG: I remember the days when I spent an hour each day snipping cuttings from newspapers and magazines to file away just in case I needed the information in the future. No longer. The Internet has transformed the process of writing.

Through my blogs and through writers’ listservs, I have met like-minded people with whom I can maintain a running conversation from the comfort of my study. I run an online critique group that has been a great way to get quick feedback from my peers–and also to measure myself against the quality of the competition out there, which is scarily high. It helps me raise my game.

There is much to say about the Internet but one should not forget the other technologies that help the children’s writer. If you write for children, you should watch children’s programming. It allows you to hear the voices of your audience–as well as give you ideas about the way your chosen age group thinks.