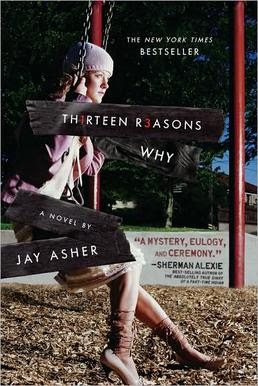 Jay Asher on Jay Asher: “My past five jobs include working at an independent bookstore, a chain bookstore, an outlet bookstore, and two public libraries (I still work full-time at a library). I do have a favorite type of ‘book distribution’ among those jobs, but I’m not here to make enemies. Except for six months I spent in Wyoming, where I began writing Thirteen Reasons Why (Razorbill, 2007), I’ve lived my entire life in California.”

What prompted you to write stories for young readers?

I took a class in college called Children’s Lit. Appreciation. For my final project, I wrote a picture book titled “Stop, Easter Bunny! You Forgot Something.” The book never sold (shocker, I know!), but I was hooked.

Could you tell us about your path to publication, any bumps or stumbles on the way?

I don’t think there were any real bumps on the path; it was just an insanely huge mountain. It took me around twelve years to sell my first book.

Along the way, I worked on everything from picture books to chapter book series to middle grades. But they were all humorous books. Eventually, I started this suspenseful YA…and it sold. I guess I should’ve looked beyond humor years ago!

Before selling this book, I’d won a lot of awards (a free trip to New York to meet with editors, a work-in-progress grant, etc…), and I suppose I got my hopes up a few too many times. In fact, I almost quit writing about nine months before this book sold. I started questioning whether there was some other creative outlet out there for me.

Looking back, though, I wouldn’t change a thing. I’m so happy that Thirteen Reasons Why is my debut novel.

Congratulations on the release of Thirteen Reasons Why (Razorbill, 2007)! Could you tell us a little about the story? 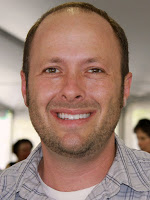 It’s about a high school junior, Clay Jensen, who comes home and finds a package on his doorstep. Inside are seven audiotapes, their sides labeled one through thirteen. He finds a tape player, pops in the first tape, presses play, and out comes the voice of Hannah Baker…his classmate and crush who, two weeks earlier, committed suicide. Each side of each tape tells a story about a different person at their school who, Hannah feels, led to her decision. And since Clay received the tapes, he’s one of the reasons why.

What was your initial inspiration for writing this novel?

I took an audio tour at a museum several years ago, and I felt that would make for a fascinating way to format a novel: someone’s recorded voice leading another person on a journey through their town.

So that’s the inspiration for the way the story’s told, but the main issue in the novel was something of interest to me because a close relative of mine attempted suicide when she was Hannah’s age. Since then, she and I have had many conversations about her state of mind at the time as well as how she may not have seen things exactly for what they were.

When the novel’s format clicked with the subject of a girl discussing her reasons for taking her life, it gave me chills, and I knew I had to explore that idea some more.

What was the timeline between spark and initial publication, and what were the major events? 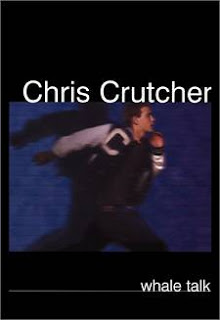 I began writing the book in the winter of 2002-2003 and finished it the summer of 2006. Along the way, it won a work-in-progress grant from SCBWI and the Smartwriters.com Write-It-Now competition (with Chris Crutcher as the YA judge!). With those endorsements, I knew I had to finish the book, but I also wrote a mid-grade novel, a chapter book, and a few picture books during that time. I found an agent in August 2006 and ended up having three houses bidding on the book by the end of September.

Logistically, I lived in four houses, in two states, and worked five different jobs while working on Thirteen Reasons Why. Who knows, maybe writing this book kept me sane during all of those changes.

The format of the book was definitely a challenge; popping back and forth between two voices, sometimes several times per page. To keep the voices consistent, I wrote Hannah’s side of the story all the way through. Then I went back and added Clay’s story. Quite often, it felt like I was putting together a puzzle rather than writing a story.

Other than my relative, I spoke at length with a lot of my female friends about their high school experiences (being a boy, it turns out, is a totally different experience).

I didn’t straight-out use any of the scenarios they told me about; I mainly focused on trying to capture some of the emotions they spoke of. But I also read a lot of books on suicide to make sure Hannah’s emotional journey rang true.

What scared you the most about writing this story?

I was mainly afraid of writing a book no one wanted to read because it was too depressing. Since there was no way to get around the seriousness of the issues (nor did I want to), I wrote it as if writing a suspense novel…to hopefully compel people to read through to the end.

What kept you going and raised you up during the process?

First, my wife. From the day I started writing this book, she refused to let me doubt my ability to write it successfully (which I did quite a lot). Then, Robin and Eve…my fellow Disco Mermaids. They kept this journey fun.

Pretty cool. For starters, it’s the year of the Class of 2k7…a co-op of debut middle grade and YA novelists. It’s been fun to watch so many careers in that community take-off and to be a part of it.

Other than taking part in the Class of 2k7, what else have you done to promote your new release?

I’ve been speaking at schools as often as possible, which has been amazing. Not only does my personal twelve-year journey give me a lot to talk about, but there are a lot of serious issues raised in my book, which have provided for some intense discussions.

Other than that, MySpace is huge. Not only is it a great way to interact with teen readers, but it puts me in touch with librarians and booksellers all over the country, some of whom I’m now working with to organize Thirteen Reasons Why book clubs.

If you could go back and talk to your beginning writer self, what advice would you give him?

Learn the value of patience…immediately!

You’re an active member of the kidlitosphere! Please tell us about your blog.

Robin, Eve, and I started The Disco Mermaids mainly as a way to infuse some much needed fun into the depressing world of rejection letters. Not only do we discuss the ups and downs of writing for children and teens, but we try to write some silly posts, as well.

For example, our dePaola Code series got the attention of Tomie dePaola, and he wound up reprinting it on his website…which we still have trouble believing (Tomie is a god to us!). Basically, Robin and Eve are my closest friends, and it’s just something we like doing together.

What about the community appeals to you?

There’s just no cooler group of people than those who write for children and teens. My very first writing conference I went to, it felt like I was surrounded by friends…and I didn’t know any of them! But with blogging, I can be a part of that community whenever I need it.

According to your MySpace page, you think the best show ever was “My So-Called Life.” What about it worked for you? 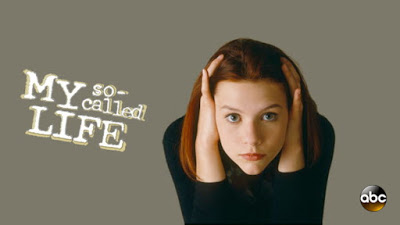 Everything! The acting, the dialog, the small story details…even the coloring on the screen. It was just so honest. I feel blasphemous saying this, but that show influenced my writing more than any book. The characters were so real. No one was without faults, but all of their faults made sense. While I was writing Thirteen Reasons Why, the MSCL soundtrack was playing in the background almost constantly.

More unusual relationships. Writing this book made me realize how fascinated I am by the way people interact…and the obstacles that keep us from understanding each other better.

3 thoughts on “Author Interview: Jay Asher on Thirteen Reasons Why”