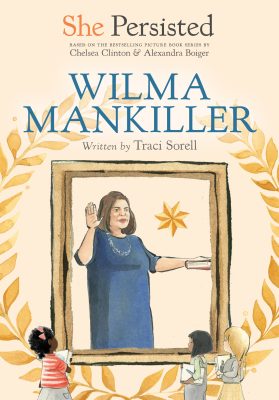 Congratulations to Traci Sorell on Wilma Mankiller, part of the She Persisted chapter book series from Chelsea Clinton, illustrated by Alexandra Boiger and Gillian Flint (Philomel, 2022).

Take a look back at Traci’s first Cynsations guest post from 2016.

Traci Sorell on Signing with a Literary Agent

I had no idea how beneficial an agent could be when I attended my first SCBWI conference in October 2013.

I quickly realized how much about the industry I did not know.

I began to network with other children’s writers, especially fellow Native Americans, and when it came time to look for an agent, I utilized that network extensively.

I questioned fellow writers with representation, especially those from Native/people of color backgrounds, about their experience. I asked how agents had presented themselves at conferences or other events. I read agent online interviews and social media posts.

I wanted my agent to be a steadfast partner with a strong work ethic. It is a long-term relationship, so both people have to be dedicated to maintaining it. I required someone who was excited about my work and associated with a well-respected agency.

Ideally, I wanted someone who had editorial experience that reflects what I write—fiction, nonfiction, and Native/POC subjects. To be honest, this makes for a small submission list, so I did expand beyond that.

When I communicated with agents via email and telephone, I tracked whether what they shared reflected my list.

My gut got an extreme workout when I received two offers of representation on the same day. I cannot stress enough the importance of developing and checking in with trusted mentors.

Ultimately, I accepted Emily Mitchell‘s offer of representation with Wernick & Pratt Agency. She met every single item on my list. Her clients contacted me quickly and gave their honest feedback about her representation.

Emily had vetted me with my editor at Charlesbridge, her former employer. We had both done our homework.

To me, it is kismet that Emily presented at that first conference I attended—and in my home state of Oklahoma too! That day, she shared her desired client attributes—voice, authority, pragmatism and flexibility. I’d like to think I resemble her list, too.

Traci Sorell writes award-winning fiction and nonfiction for young people. She is a two-time Sibert Medal and Orbis Pictus honoree for her nonfiction work. Her first five books have received awards from the American Indian Library Association. 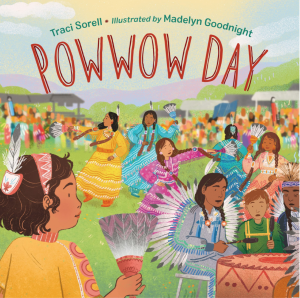 In 2022, Traci shares two new titles. Her fiction picture book, Powwow Day (Charlesbridge), illustrated by Madelyn Goodnight, shines a spotlight on illness and the healing power of family and community. Both Publishers Weekly and Kirkus Reviews gave the book starred reviews. Traci’s first chapter book biography released in the fall. She hopes her biography of Wilma Mankiller, the late Cherokee Nation Principal Chief, will reveal to young readers that not all leaders come from advantaged backgrounds and those challenges can help them serve others. Part of the She Persisted series (Philomel), Wilma Mankiller was published Oct. 4. 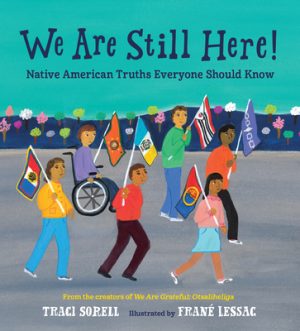 We Are Still Here! Native American Truths Everyone Should Know (Charlesbridge, 2021), illustrated by Frané Lessac, is Traci’s latest nonfiction picture book. The book provides an overview of U.S. history and policies concerning Native Nations from the late 1800s to the present. It received a 2022 Sibert Honor while both the hardcover and audiobook (Live Oak Media, 2021) received an American Indian Youth Literature Award (AIYLA) – Picture Book Honor. 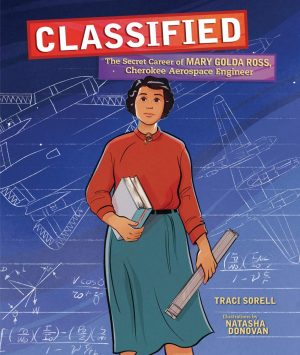 Her other nonfiction picture book released in 2021 has also been well received. Classified: The Secret Career of Mary Golda Ross, Cherokee Aerospace Engineer (Millbrook), illustrated by Natasha Donovan, won a 2022 AIYLA Picture Book Honor and a 2022 Orbis Pictus Honor. The story centers on the trailblazing life and career of the first Native woman engineer in the United States. 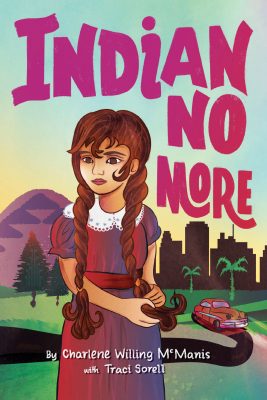 Traci’s middle grade historical fiction novel, Indian No More (Tu Books, 2019), with Charlene Willing McManis, explores the impact of federal termination and relocation policies on an Umpqua family in the 1950s. It won the 2020 AIYLA for Middle School Book and received starred reviews from School Library Journal and Booklist.

A former federal Indigenous law attorney and policy advocate, Traci is a Cherokee Nation citizen and lives with her family on her tribe’s reservation in northeastern Oklahoma.