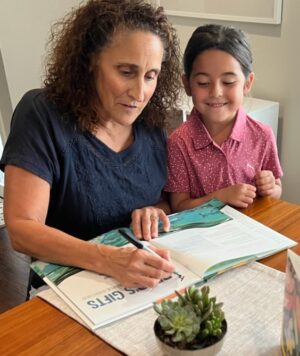 I’m excited to celebrate an amazing new book by Sibert Honor award winning author Patricia Newman and acclaimed illustrator Natasha Donovan. I’ve been lucky to be in a critique group with Patricia for over a dozen years—she’s one of the best critique partners ever.

I remember when Patricia (Patti) first announced her plans to write this book. I was wowed by her adventurous trips for research and her dedication to digging up the facts. I thought, this book is going to be beautiful, uplifting, and important. And it is—especially with the gorgeous illustrations by Natasha. The Elwha River and this book are both gifts to the environment. Enjoy the interview! 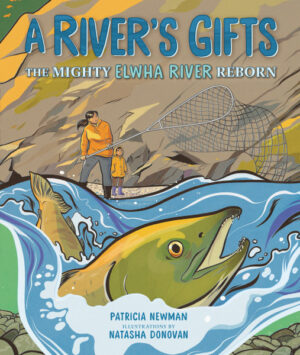 Could you tell us about A River’s Gifts: The Mighty Elwha River Reborn (Millbrook, 2022)?

A River’s Gifts is a happy conservation story about a successful river restoration, and that success felt intoxicating. We are inundated with gloomy environmental headlines. I thought it was time to share some good news.

For thousands of years, the Elwha River flowed north to the sea. The river churned with salmon, which helped feed bears, otters, and eagles. The Lower Elwha Klallam Tribe of the Pacific Northwest were grateful for the river’s abundance. Then in the 1790s, strangers came who did not understand the Elwha River’s gifts. The strangers built two dams, and the environmental consequences were disastrous.

But one hundred years after the first dam was built, The Lower Elwha Klallam Tribe, the National Park Service, government officials, local citizens, and scientists formed an alliance to remove the dams and restore the ecosystem.

In our current rancorous political climate, the Elwha River Restoration is an example of collaboration and cooperation. It shows we can achieve much more when we unite toward a common goal.

It all started with a casual conversation in September 2018 between my husband and one of his colleagues about where her college-aged triplets worked during the summer break. Theo, one of the triplets scored an internship with the Elwha River Restoration on the Olympic Peninsula in Washington. Engineers had just breached two dams to drain Lake Aldwell (above the one-hundred-year-old Elwha Dam) and Lake Mills (above the eighty-five-year-old Glines Canyon Dam). Theo helped replant the barren lakebed with native seeds and seedlings as one member of a small army of botanists and volunteers who would go on to plant 400,000 plants on 800 acres of lakebed over seven years.

The story of the Elwha River’s rebirth seemed like a perfect topic for me to tackle. So, I started digging.

A River’s Gifts is a beautiful book told in a unique style. Describe the process for choosing the format to write this book.

I knew this book would have to be illustrated because, from very early on in my process, I decided to begin this story at a time thousands of years ago when the Elwha River first formed. No photographs exist from that time.

So, I knew I could play with the format. It also seemed important to include a few pull-outs with additional information for older readers, including how a dam works, how the Lower Elwha Klallam Tribe came to be called The Strong People, and the life cycle of salmon.

When I wrote the first lines of text, they flowed out of me in the lyrical form you see in the book. You could say to channel the river, I became the river.

Your research for this book led to an amazing adventure of travel and interviews. Could you describe your research journey?

I interviewed Theo and subsequently made a list of other stakeholders to interview for preliminary research, including Olympic National Park scientists, members of the Lower Elwha Klallam Tribe, politicians, and community members. Next, I created a proposal to outline my idea for my editor. My agent submitted the proposal in February 2019. By July, I had an offer.

In September, I visited Washington to begin researching in earnest. I prefer to interview experts on site to see what they see and hear what they hear. I learned about salmon from a fish biologist at Olympic National Park. A tribal host gave me a tour of the Lower Elwha Klallam Museum. She shared the tribe’s connection to salmon, plus their stories, language, and ceremonies. I visited a tribal fish hatchery built to keep the salmon run alive for The Strong People while the river was dammed. A botanist took me on a hike to one of the former lakebeds, now a riot of plants native to the area. We found a 100-year-old formerly submerged cedar stump with the logger’s ax cut still visible. 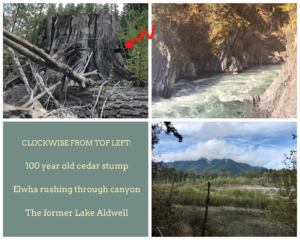 During the illustration phase of the book, we ran into a thorny problem about what The Strong People’s fishing weirs might have looked like. An Olympic National Park expert suggested one possibility; the Tribe suggested another. To complicate matters, evidence for the Tribe’s answer was not publicly available until next year. I weighed both choices and decided in favor of the Tribe’s traditional knowledge. You can see the result below.

With your award-winning environmental books, you’ve become an advocate for the environment. Can you talk about this?

Did you know every one of us lives in a watershed anchored by a river? Rivers flow through our history, our lives, and our livelihoods. They connect our cities and towns, provide drinking water, irrigate crops, slow flooding, and support wildlife.

With climate change upon us, we must understand how nature works for us to coexist with it in a sustainable way. The books I write show readers our connections to nature—how the environment benefits us and how we in turn can benefit the environment.

We may not all contribute in the same way, but it’s important for the health of our planet and our own continued health that we act on behalf of nature in some way.

In the words of Elwha KIallam tribal member Suz Bennet, “The Elwha River is more than rushing water, more even than home to the salmon that feed us. The Elwha is inspiration, the seed of our being.”

My goal is to empower my readers to look at nature with the same sense of connectedness and gratitude. 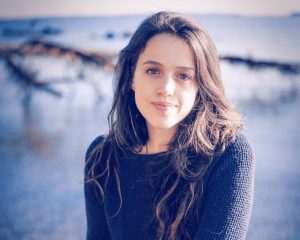 As an illustrator, I work on a very wide variety of stories, and I do love the challenge of working on a story that is unfamiliar to me. However, illustrating A River’s Gifts offered a delightful opportunity to immerse myself in a story about a landscape that I have called home for my entire life.

As with any nonfiction book, the illustration process for this book involved a lot of research. Most of this was done on Patti’s end, but I still did a good amount of poring through archival photos of Port Angeles and reading papers, trying to figure out, for example, what a dam construction site in the early 1900s would look like, or when exactly a salmon will have its adipose fin clipped.

Once all the reference images were gathered and all the questions answered, the actual art process began in earnest. For this book in particular, it was often easy for me to find a state of flow – I love using art to celebrate this place, and I don’t think I’ll ever get tired of drawing pictures of salmon working their way through a swiftly flowing river.

My favourite books to read are the ones that make the world shift, ever so slightly, revealing a new perspective. I try to keep that feeling in mind when I illustrate. One of my goals for the art throughout this book was to honour the Elwha as a character itself; if even a handful of kids come away seeing this river as a dynamic life-giving creature, I’ll consider that a success! 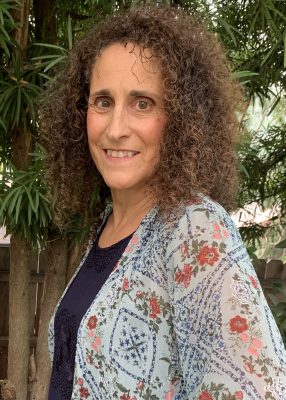 Sibert Honor author Patricia Newman writes books that show readers how their actions ripple around the world. Using social and environmental injustice as inspiration, she empowers readers to seek connections to the real world and act on behalf of their communities. 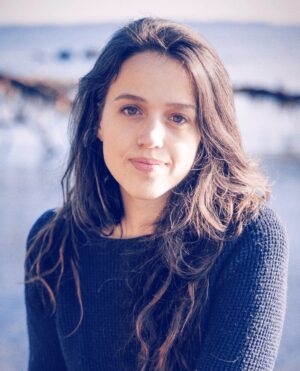 Natasha Donovan (Métis) is an illustrator originally from Vancouver, Canada. She has illustrated more than ten picture books, including the award-winning Mothers of Xsan series, written by Brett Huson; The Global Ocean by Rochelle Strauss; and Classified by Traci Sorrell. She has also illustrated graphic novels, including Borders, an adaptation of the short story by Thomas King, and Surviving the City by Tasha Spillett. She lives in Bellingham, Washington, with her husband, Sky, and their dog, Luna. 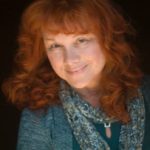