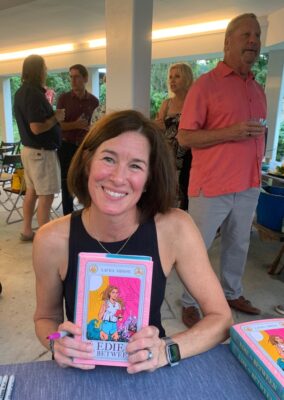 Hello! I am thrilled to be here as a guest reporter chatting with you about the writing process and how it changes for each book. I wondered if this was only true for me, but it turns out that lots of other authors experience the same phenomenon. In this post, I’ll share with you the distinctions in drafting my manuscripts and over the next few days, you’ll be treated to interviews with three additional authors of children’s literature who will share their experiences as well. 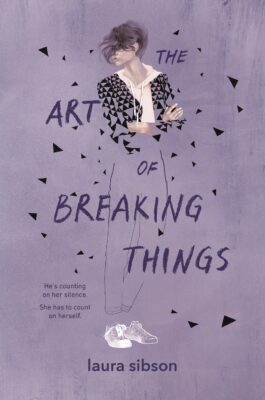 My first novel, The Art of Breaking Things (Viking Books for Young Readers, 2019) was written in an almost stream-of-consciousness way. This story had been percolating for a few years. By the time I began typing scenes that came to me, the overall shape of the story was clear in my head. The story was emotionally challenging to write because it deals with uncomfortable topics, but the pages came easily. In fact, the opening and closing scenes of that novel never changed, other than polishing. From that experience I learned to be okay with getting the scenes down as they appeared to me – even if they appeared to be out of story order.

When it came to my second contracted novel, the experience was quite different. My editor had suggested that I merge two story ideas together. Working on the story that became Edie In Between (Viking, 2021) was like holding sand in my palms; it shifted all the time. Writing on deadline during the pandemic, explains some of why the drafting process was so different from that of previous manuscripts, but not all. The main character, Edie, refused to fully reveal herself for a good long while and the plot morphed repeatedly. The only constants through the drafting process were that the main character was a witch and she lived on a houseboat with her grandmother. 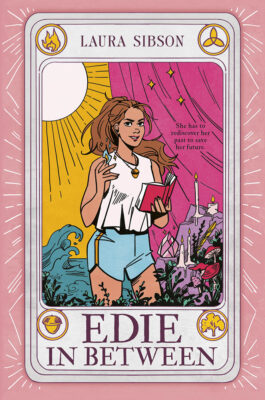 Edie also included magic, which was a departure from my previous book. In the story, seventeen-year-old Edie is navigating life after losing her mother about year prior. In an attempt to learn more about her mom’s teenage life, Edie inadvertently releases a malevolent presence into their town. With clues from her mother’s magical journal and the help of two friends, she works to master her magic and subdue the harmful presence.

I had challenged myself to include two intertwining grief narratives in the book. I wanted to show Edie’s experience as well as her mother’s very different experience of losing her father years prior. It was my hope that readers could see that there are many ways to respond to and deal with grief; there is no one correct way. I used index cards to help me track the two narratives and ensure that they connected in the ways that I intended. Although I re-wrote much of Edie In Between three times before it was published, with the help of my editor I eventually completed a story that I feel proud of, a story of a girl who learns about the past so that she can understand herself more fully. Among other things, this book taught me that there are always more words. When I dumped half the manuscript, I wasn’t sure how I would gain back that word count by my deadline. But I did, and then some.

Now I’m working on another young adult project that is not on contract and the process for this one is different still! For the first time, I have struggled to get beyond the first 100 pages. I have re-written the beginning of this story at least eight times. I’ve written the moment that the main character meets the love interest at least four times. I’ve changed the timeline and the source of drama. I feel as though I’m caught in the maze of this story, and I can’t find my way out.

When other writers are stuck, I often coach them to write through stuck areas. I believe in the value of continuing to move forward so that you have a draft to revise. And yet, I can’t seem to follow my own advice. There is something in the first half of this book that demands more attention; I can’t force it.

Often, taking my dog for a walk loosens the stuck areas for me. But even that wasn’t working this time. I needed another approach.

Previously, I have not been one for side-writing or interviewing my characters. Why write on the side when I can write in the manuscript? And why interview my characters? Aren’t I the one creating them? What could an interview tell me? And yet, my usual approach wasn’t working, so I reached for these other tools.

My main character revealed herself in a way that had eluded me. Finally, I had a stronger sense of her personality and what she wanted most.

When I interviewed a secondary character, she told me all the things I was getting wrong about her.

I could hazard a few guesses on why these approaches work – something about turning off the internal editor and sneaking up on your creative muse. But maybe the why of it doesn’t matter.

What matters is that these approaches are helping me become unstuck, to figure my way forward in this story. This story reminds me to stay curious and be humble because I never know how or when a solution might present itself.

While each book seems to need a slightly different approach, the big picture lessons I’m gaining through these experiences will carry me forward to the next projects: be open to how the story presents itself, be curious about ways to go deeper, and know that you’ll never run out of words.

Keep an eye out for the next installments of this series as we hear from Rob Costello on crafting short stories and novels for teens, Christine Kendall on writing middle grade, and Katherine Locke on writing across age groups. 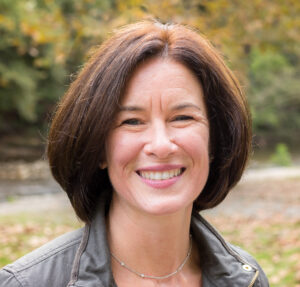 After a career in undergraduate counseling, Laura Sibson pursued an MFA from Vermont College of Fine Arts. When she’s not writing, you can find her running the streets of her Philadelphia neighborhood or hiking with her dog. She teaches creative writing at Arcadia University and at the Highlights Foundation; she also leads creative writing workshops for middle schoolers, teens and adults. Sibson is the author of young adult novels The Art of Breaking Things and Edie In Between.