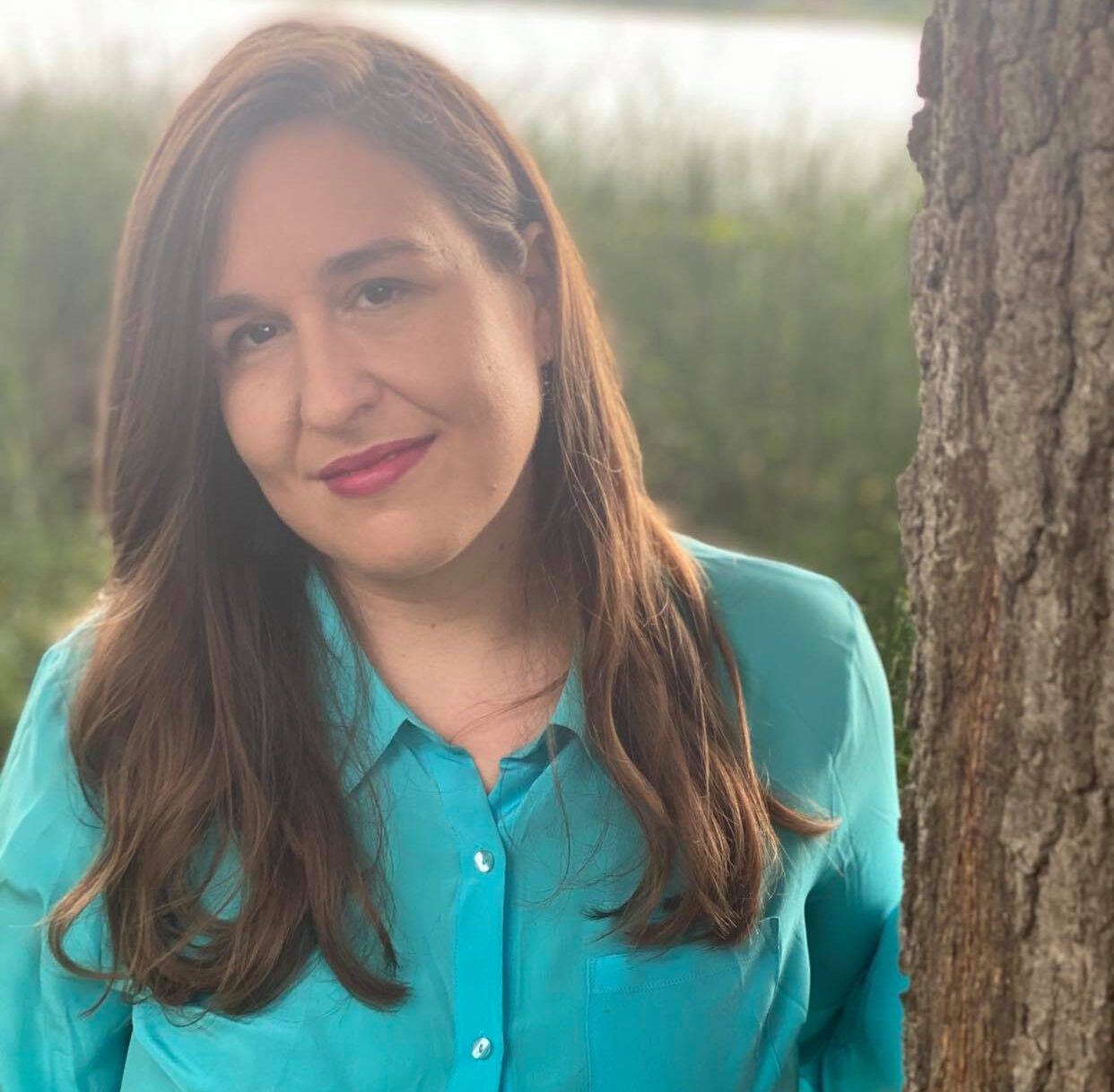 I met twin Auschwitz survivor Eva Mozes Kor in 2018, when she gave a speech at Western Michigan University. I was there after experiencing increased antisemitism in both my work and personal life. I felt a need to do something about it, but I wasn’t sure what, and I figured the first thing was to better educate myself. I’d hoped to interview Eva for a magazine, but as soon as I mentioned to her that I wrote kids’ books, a new door opened: Eva wanted to do a kid’s book. This eventually led to Eva and me creating I Will Protect You (Little, Brown, 2022), a middle grade book about Eva’s life. Eva was elementary school aged when she and her twin sister Miriam were sent to Auschwitz and were experimented on by Nazi doctor Josef Mengele. Of Mengele’s 3,000 twins, only 160 survived the war. As an adult she launched a manhunt to find the notorious Nazi and bring him to justice. After he wasn’t found — he died and lived a freed man — the anger at the injustice continued to eat at her. Eventually, she found healing through forgiveness, meaning that she chose to stop hating him, because the hate was hurting her and not him. Forgiveness does not mean pardoning, excusing, or forgetting.

She dedicated her life to Holocaust education, and even after her many speaking engagements, her PBS documentary, and her BuzzFeed video that’s been viewed millions of times, something was still out of her grasp: she wanted to do a kid’s book, because she was adamant the only way to stop antisemitism is to talk to kids about it in an accessible way. Holocaust education in school usually starts at 12 or later (or not at all), and Eva said that was too late, because the prejudices are already set in.

Eva wanted me to do something that had never been done before: a personal children’s book (ages 8+) about a real Jewish child surviving a death camp, where the facts are there and not sugarcoated, but it’s accessible to young readers. Most Holocaust books start at YA, and the middle grade ones out there are typically stories of escaping or hiding told from a personal point-of-view (without greater context of how the Holocaust came to be), or textbooks that tell the horror but don’t have the personal touch.

I’d published sixteen middle grade and young adult books before this, but this was completely different from anything I’d ever done before. Our project started with my interviewing Eva thoroughly, while I checked out how children’s books dealt with serious subjects ranging from the Holocaust to child abuse. I reread serious books from my elementary school days that had left an impression, as well as newer books. Any subject can be taught to kids, but it’s all about the delivery.

For instance, I thought telling the facts of the Holocaust on page one could be overwhelming to young readers, especially if this were their introduction to the subject. I suggested to Eva we open with her at school, being bullied for being Jewish. This places it in a pretty universal situation for kids – having bad things happen at school, away from any parental protection. From there, the story and the antisemitism build.

I also suggested that while the book would ultimately be Eva’s personal story, with her individual experiences and thoughts, it was important to blend in the real history. Since kids could be thinking, “Wait, why are they bothering Jewish people?” I explain the history of antisemitism, how long it’s been around and how entrenched in society. So that kids don’t think, “What happened to the Nazis afterward?” I talk about the Nuremberg Trials, but also that many Nazis, including Mengele, got away with it. I explain what happened, without gruesome, gritty details, but also without omitting important facts. It’s a delicate line to balance.

I thought the book would be most interesting if it read like a novel, so I found an arc and put in symbolism. I kept the chapters short and fast paced. I wove in lessons Eva didn’t bring up, but I thought would fit seamlessly into her story, like talking about the importance of not following buzzwords, and looking at people’s actions instead of only what they say. In this time of social media, I thought it was especially important for kids to be aware that not everything is what it first looks like on the surface, and even people who say all the right things might actually only be doing it for power, and not from any deep meaning. But if I put in some of my own thoughts, they only stayed in the book if it got Eva’s approval.

As I wrote, I would email Eva chapters at a time. She had a few corrections, but mostly she was thrilled with how it was coming together. “I absolutely love the way you intertwine my story with the facts from Auschwitz-it’s brilliant and I predict that it will be a Best seller with a capital B,” Eva wrote. “I enjoyed reading it and understanding how you intertwined the story. . .”

Since memory isn’t perfect, and since the subject of the Holocaust is so massive, I sent the finished manuscript in 2019 to Rabbi Michael Berenbaum, Ph.D, former project director of the U.S. Holocaust Memorial Museum, former president of the Survivors of the Shoah Visual History Foundation, and author of multiple Holocaust books. He’s been called “the world’s premiere Holocaust scholar” for a reason. I also sent it to some of my own teachers, to get their take as educators. After making edits to their suggestions, the book was submitted to my agency in March, and Little, Brown made an offer in June, when Eva was getting ready to go on an educational trip to Auschwitz. She was so happy to accept Little, Brown’s offer, and told me that when she returned we would throw ourselves into the promotion of the book, even though it was still some time before it would be published.

I wish that’s what happened, and that Eva is here with me today for the book’s release. But she passed away unexpectedly during her educational trip to Auschwitz, seventy-four years after she had been liberated there, and fifteen days after accepting Little, Brown’s offer. Her obituary was posted around the world. But I want people to know more is coming from Eva, that her last book has not been silenced. Eva believed in the power of our book, and in the power of children to better shape the world. I Will Protect You is meant not only to revolutionize Holocaust education, but to change lives.

Danica Davidson is the author of 17 books for middle grade and young adult readers, including novels, nonfiction and comics. She’s written twelve Minecrafter novels for ages 7-12, starting with Escape from the Overworld (Skyhorse, 2015); the bestselling Manga Art for Beginners (Skyhorse, 2016); its upcoming sequel Manga Art for Everyone (Skyhorse, 2022); and the upcoming Chalk Art Manga (Skyhorse, 2022), the first book about drawing manga characters in chalk. In 2018, she gave a speech in Belgium before members of the European Union about how her books can empower kids. Please visit her site at www.danicadavidson.com.