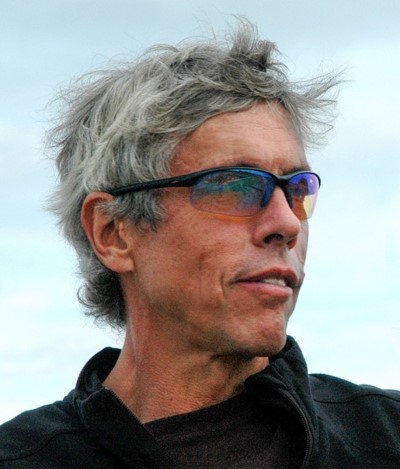 Steve Jenkins, award-winning author and illustrator of books featuring torn-paper collages about the natural world, died on Dec. 26 of a splenic artery aneurysm. He was 69.

Steve Jenkins, 69, Dies; His Children’s Books Brought Science to Life by Penelope Greener from the New York Times. Peek: “Steve Jenkins, an award-winning children’s book author and illustrator whose passion for science, as well as his meticulous and vibrant cut-paper collages, brought the natural world to life, died on Dec. 26 in Boulder, Colo.”

Obituary: Steve Jenkins by Shannon Maughan from Publisher’s Weekly. Peek: “In all, Jenkins created more than 80 books for young readers. Though it’s a profession he came to by serendipity, it proved a perfect fit.”

Steve Jenkins was born in Hickory, North Carolina, on March 31, 1952. His father Alvin, a physics professor, and his mother, Margaret, were both influences that led to his eventual career writing and illustrating books for children that were science-based. He moved around growing up, living in North Carolina, Virginia, Panama, Kansas, California, and Colorado. In his biography on Steve Jenkins Books, he wrote that “Wherever we lived, I maintained a small menagerie of lizards, turtles, spiders, and other animals.”

Jenkins believed that he would be a scientist like his father. Upon arrival at North Carolina State University, however, he thought the art students looked like they were having more fun–and so began his foray into the world of graphic design, which became his major at NCSU. Perhaps his idea to switch to studying Graphic Design at North Carolina State University paid off when he met fellow artist and designer Robin Page–his future wife as well as partner in creating books.

Dynamic duo Steve and Robin moved to New York to work in design, and in 1982, they created their own graphic design firm, Jenkins & Page. From New York, the couple and their children moved to Boulder, Colorado in 1994.

So how did he go from an almost-scientist and graphic designer to a children’s book illustrator? While designing books for publishing company Stewart, Tabori, and Chang, Jenkins suggested to the editor that he also provide the illustrations for the books he was designing by Janet Horowitz and Kathy Fagella. Shortly thereafter, the first book written and illustrated by Jenkins was published in 1994 by Ticknor & Fields, titled Duck’s Breath and Mouse Pie: A Collection of Animal Superstitions (Ticknor & Fields, 1994). 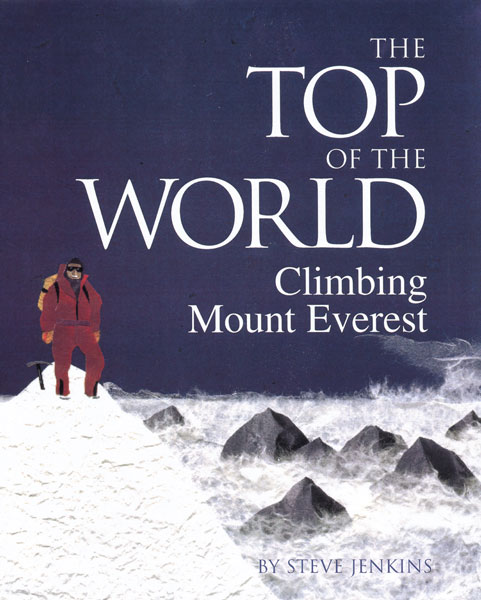 As of 2021, the total number of books Jenkins worked on, either collaborating with his wife or illustrating books by other authors, tallies to about 60 titles. His signature illustrative torn-paper, collage style of illustrating animals and the natural world won him several awards. In 1999, Jenkins won a Boston-Globe Horn Book Award for The Top of the World: Climbing Mount Everest, (Houghton Mifflin Company, 1999), and a Caldecott Honor Award for his book co-created with Robin, titled, What Do You Do With a Tail Like This? (HMH Books for Young Readers, 2003). In his acceptance speech for the 1999 Boston-Globe Horn Book Nonfiction Award, he said, “Children don’t need anyone to give them a sense of wonder; they already have that. But they do need a way to incorporate the various bits and pieces of knowledge they acquire into some logical picture of the world. For me, science provides the most elegant and satisfying way to construct this picture.” 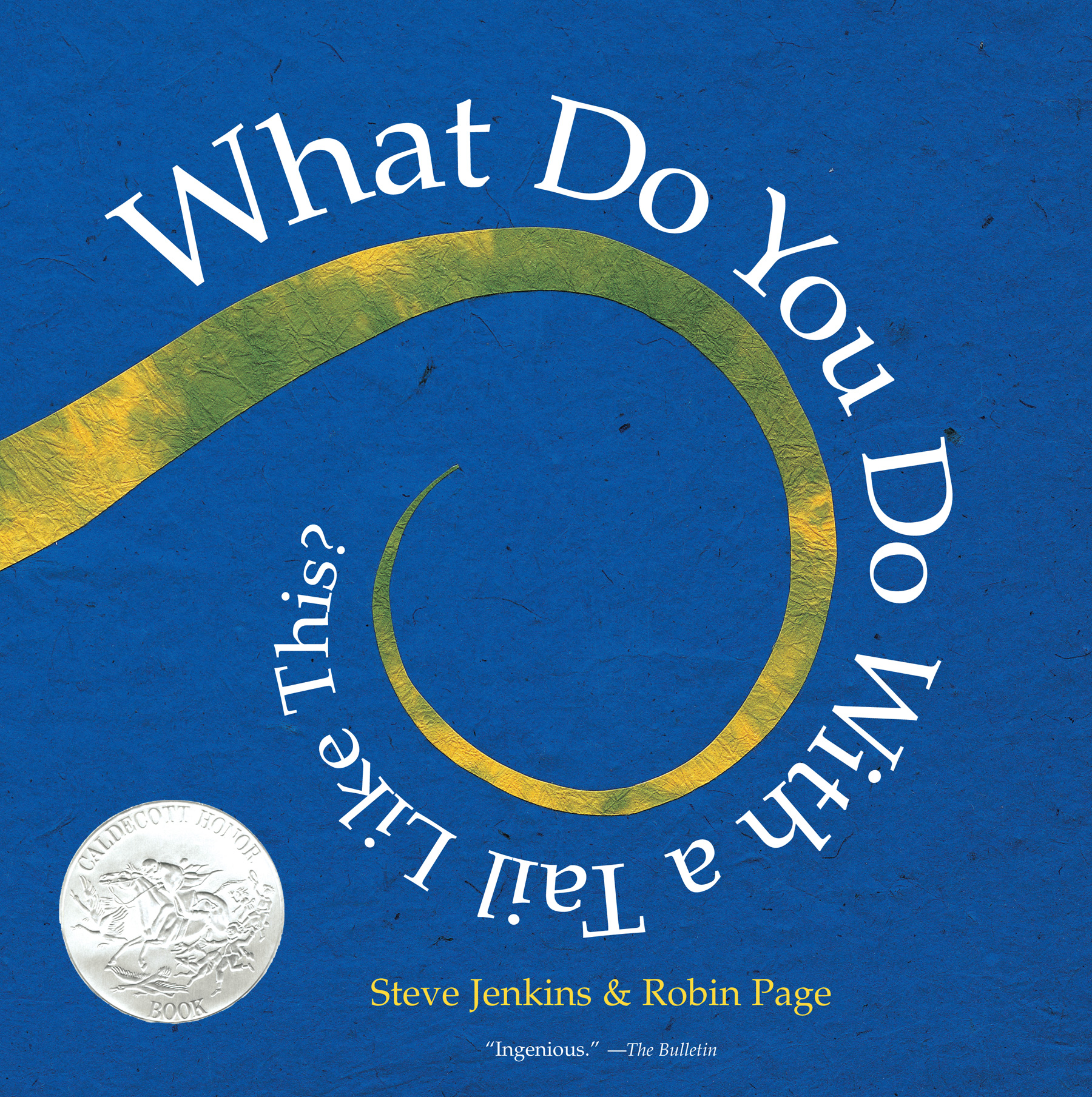 Jenkins longtime editor Margaret Raymo at Little, Brown Books for Young Readers recalls working with Steve in a quote for PW, saying, “His curiosity and passion for science and the natural world was boundless. He always had new ideas percolating . . . Whether talking about evolution, infographics, beetles, dinosaurs, dogs, sharks, Mount Everest, or the solar system, he wanted to get kids excited about science.” Jenkins will have two books published by LBYR posthumously: Why Do Elephants Have Big Ears? and a second nonfiction picture book by Jenkins and Page, scheduled for 2023.

Steve Jenkin’s passion for bringing the incredible, detailed wonder of science alive for children in his books leaves a lasting legacy. He created beautifully illustrated books that will find their way into the hands of readers who want to learn more about the natural world.

From his website, these words leave a lasting echo: “My own view is that the more we understand about what the universe is and how it works, the greater our appreciation of the beauty and wonder of the world, of each other, and of us being able to think about it all.” 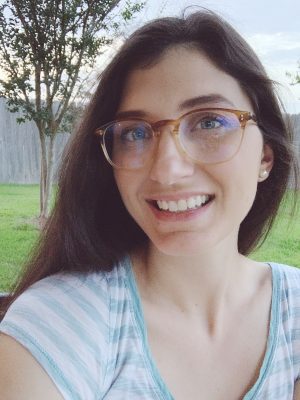 Clara Hammett holds an MFA in Writing for Children and Young Adults from Vermont College of Fine Arts.

She is from Jackson, Mississippi and is a former bookseller at Lemuria Books. She has reviewed children’s books for The Clarion Ledger newspaper and owned former children’s book review website Twenty by Jenny. She likes creating all forms of art and going for walks with her family. While she has held many jobs, her most recent one is that of mom. Her current reading stack ranges from Jane Austen to Jesmyn Ward and a lot of Sandra Boynton!