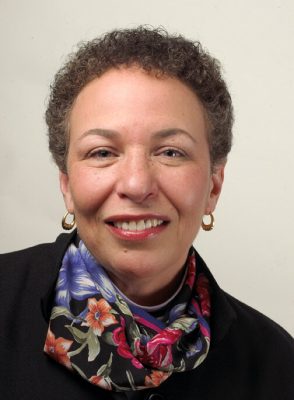 Bernette Ford, author, editor, publisher, and champion of books by people of color died of cancer on June 20. She was 70.

Obituary:Bernette Ford by Shannon Maughan from Publisher’s Weekly. Peek:  “In those early days [at Random House Children’s division] Ford developed her editing skills and tastes, and embraced a mass-market publishing philosophy of “supplying a large audience of very young children with the best quality books at the lowest price.”

Obituary: Bernette Ford by David Bennett from The Bookseller. Peek: “Bernette, a successful New York editor, author and publisher, started out in publishing in 1972, building an impressive CV via Random House, Golden Books and founding Cartwheel Books at Scholastic.”

Bernette Ford was born in New York City on June 30, 1950 to a Black mother and Jewish father. In a 2010 interview with Brown Bookshelf, Ford describes how books helped her feel less alone growing up as the shy child with interracial parents: “I was extremely shy and I found it hard to make friends. But I did find many friends in the pages of my books . . . I thought that my ideal life would be working at a job where I could read whenever I wanted to.”

Naturally, the desire to “read whenever [she] wanted to,” translated into a career in publishing. By the time she graduated Connecticut College in 1972, she was working as an “editorial assistant in training” at Random House children’s division where she stayed for seven years, working under editor-in-chief Walter Retan and associate publisher Ole Riesom. These formative years gave her the impetus that would sustain a long career in mass market publishing for children—“the best quality books at the lowest price.”

During the 1970s, Ford joined a workshop in New York City for the few people of color working in publishing. Known as Black Creators for Children, this is where she met her husband, illustrator George Ford.

Horn Book interviewed the Fords in 2019. Bernette speaks to this early time, working as a Black editor, and the difficulty of bringing attention to books by Black authors, saying, “If I brought in something that was about African Americans or Black culture I would hear, ‘Oh, we already have that.’ If there was one book on the list or on the backlist, ‘Well, we don’t really need another one, because Black people don’t read.’ I said, ‘I’m here, and I read.’”

Her impressive publishing career continued as editorial director of Golden Books at Western Publishing, followed by editor-in-chief at Grosset & Dunlap in 1983. From there, she launched Cartwheel Books at Scholastic in 1989 where she served as a VP. She left corporate publishing in 2002 and, in 2003, founded a packaging and consulting firm for multicultural children’s books called Color-Bridge Books. In 2005, she also served as a consulting U.S. editor for the U.K. publishing company Boxer Books.

Some of the titles under Ford’s editorial direction include the I Spy series, Clifford, and First Discovery Books.

Her editor for Uncle John’s City Garden, Grace Maccarone, recalls working with Bernette at Scholastic,in a quote for Publishers Weekly,  saying, “What fun and exciting times those were! Her publishing standards were high…all this wonderful work was produced by a staff of women, most of us working mothers. Bernette managed us with understanding and with love, and we all became very close.” 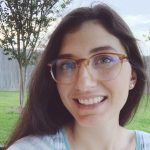 Clara Hammett holds an MFA in Writing for Children and Young Adults from Vermont College of Fine Arts.

She is from Jackson, Mississippi and is a former bookseller at Lemuria Books. She has reviewed children’s books for The Clarion Ledger newspaper and owned a one-time children’s book review website, Twenty by Jenny. She likes creating all forms of art and going for walks with her family. While she has held many jobs, her most recent one is that of mom. Her current reading stack ranges from Jane Austen to Jesmyn Ward and a lot of Sandra Boynton!