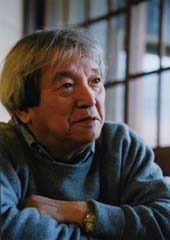 Obituary: Mitsumasa Anno by Shannon Maughan from Publishers Weekly. Peek: “He grew up in Tsuwano, a small town surrounded by mountains, where his talent for drawing and an aptitude for mathematics began to shine, and where his dream of becoming an artist first took root.”

Artist Mitsumasa Anno is Dead at 94 by Michael Schaub from Kirkus Reviews. Peek: “Anno was nostalgic for the days before computers and technology changed the world; his art featured scenes of nature and older buildings.”

Anno was born on March 20, 1926 in Shimane, Prefecture, in western Japan. He grew up in the small town of Tsuwano nestled in the mountains far from society. It is in this small town where he became inspired to become an artist.

As a young child, Anno had a passion for math in addition to his art. After being drafted to serve in the Japanese army in WWII, Anno earned a degree from Yamaguchi Teacher Training College (presently Yamaguchi University) in 1948. He spent 10 years as an elementary school math teacher before becoming an author and illustrator for children’s books. 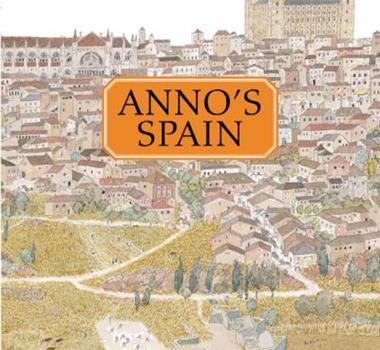 His career began with the publication of Fushigi na E in 1968 which was later translated into Topsy-Turvies: Pictures to Stretch the Imagination (Walker/Weatherhill, 1970). This self-illustrated book led to more than 40 works. Throughout his career, Anno traveled the world. These trips would later inform his art and inspire such works as Anno’s Britain (Philomel Books, 1985) and Anno’s Spain (Philomel Books, 2004).

Anno received multiple awards for his work, including the Kate Greenaway Medal for his picture book Anno’s Alphabet: An Adventure in Imagination (Thomas Y. Crowell Company, 1975) and the Hans Christian Andersen Medal for his picture book Anno’s U.S.A (Philomel Books, 1983). Anno’s U.S.A was hailed by the New York Times as a: “[…] true journey of surprise and discovery! A visual masterpiece.”

Reviews of his books praised his artistic innovation and contributions to the children’s literature community. His artwork has been displayed internationally at various museums in Japan, Canada, Great Britain, and the United States. In 2001, the Mitsumasa Anno Museum, designed by the artist himself, was established in his hometown of Tsuwano, Japan.