Claudia Gray is a successful YA author with a long, distinguished career.

Honestly, I got lucky in that I was interested in writing things that involved (a) the paranormal and (b) teenagers at the very moment publishers in NYC were saying, “So, this thing called Twilight [by Stephenie Meyer (Little, Brown, 2005)] seems to be selling well…”

I hit zero bumps on the way; honestly, in some ways it might’ve been better if I’d hit a few. When I sold my first novel (Evernight (HarperTeen)) in 2006, neither the book or author were wholly ready for publication.

But I can’t complain. I got a great start at a great time to jump into YA publishing. It’s been fascinating to watch it evolve over the past 14 (!) years. The path has led to many wonderful places for me to worry too much about whether it started in the perfect spot.

As for continued success, you know what’s useful for that? 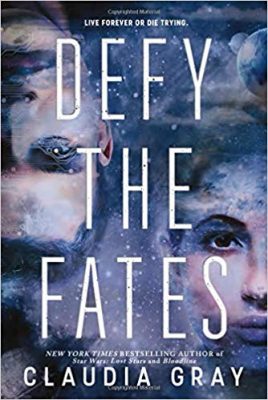 I’m not kidding. Not only did I not have the added time constraints of family life back in 2006, but for the next several years, I also didn’t have any second income in the house to make sure rent or mortgages got paid, that food showed up on the table. etc.

Once I went full-time as a writer in 2009, I worked my ass off because I absolutely had to. It made me look at writing as a job, one I had to put my total effort into. Other people may not need harsh necessity to make them knuckle down, but I did, at least back then.

My personal life has changed since, but by now my work habits are ingrained. Commitment doesn’t guarantee that you’ll continue selling books, but you won’t last nearly as long without it.

Well, recently I wiped a lot of my social media history. Not because there’s anything I said that I’m ashamed of—in fact, that felt more like a loss—but because I’ve become very aware of the cost of allowing so many of your thoughts and emotions to be used as that kind of currency. While I rarely “overshared,” these days I’m a lot more protective of my privacy, and I wish I always had been.

Also, I would carve out more time for myself as a reader. For a long time, I wouldn’t read fiction while I was writing a book, in order to make sure my voice stayed my own. Then, about a year ago, I realized: I’m always writing a book. I’d been starving myself of fiction.

Over the past year, I’ve read much more avidly, and it’s proved creatively rejuvenating. Plus, of course, I’m enjoying myself immensely.

In addition to novels you’ve wholly originated, you’re also well published in short fiction and you’ve written some books set in the “Star Wars” universe. Could you briefly reflect on how each have fit into and informed your writing journey?

My short fiction was always written to order—for anthologies with a preset theme—and was always meant to support my YA novel work. Twice, however, the energy flow was reversed: the story “I Don’t Like Your Girlfriend” in Vacations from Hell (HarperTeen, 2009) inspired the Spellcaster trilogy (HarperTeen, 2013-2015), and my first draft for the anthology Grim, edited by Christine Johnson (Harlequin Teen, 2014), ran so long that I put it aside, wrote a different short story, and turned that original draft into Defy the Stars (Little, Brown, 2017). 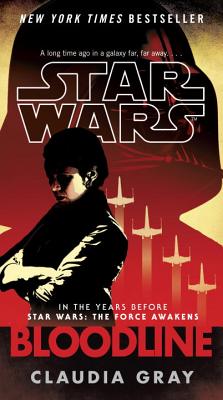 Star Wars is more similar to the anthologies than many might think: I’m given an existing universe to play in, along with a one- or two-line prompt to work from. After that, it’s up to me.

The books feel equally as much “mine” as anything original I’ve done. It’s been an amazing fan response, and I have to say, even as a reader of Star Wars books, I didn’t understand how many people read them.

After a career getting psyched if one of my books had an Amazon ranking above #1000, I was unprepared for the day I signed on to see that Bloodline (Del Rey, 2017) was #23.

All that said, I don’t intend to just become a tie-in writer forever and ever. When I took the first SW gig, I resolved that all my tie-in work had to work to support my independent career. So far, it has. I’m deeply grateful for that.

What the role of my tie-in work will look like a few years now remains to be seen.

The first thing that comes to mind is the mega-huge advance for the debut author, which was such a thing for a while…and which, sadly, my first sale predated. In 2009-2011, it was hard not to wish you’d waited a few years! 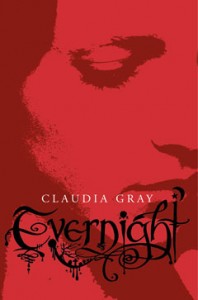 But of course, there are downsides to the big debut advance. Evernight earned out on its first royalty period, which means that series gave me a lot of the income I needed to go full-time fairly early in my writing career.

Really, the largest change I’ve noticed has begun in just the past couple of years, which is that YA is no longer so overwhelmingly trend-driven. It was all paranormal until it was all dystopian until it was all tearjerker contemporaries until it was all fantasy…but the bestsellers now range over several genres.

Sure, the trends were never absolute, and we still have trends today, but it feels more balanced. YA will almost certainly be even more varied in future, and that’s a good thing.

I’m also thrilled that we’re seeing a wider, more diverse range of voices being heard—and seeing publishers actually put their full weight behind some of those voices instead of marginalizing them.

In all honesty, I’d have no advice for me. Publishing overall has changed so drastically in the past decade and a half, young adult publishing particularly so. 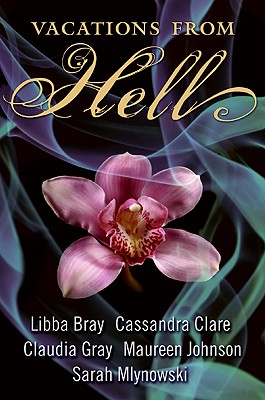 Starting out now is radically different than it was in my day, when we were advised to set up MySpace pages. (Mine is still floating around out there, I guess…)

Being a debut now is nothing like it was back then. And I’m not even sure I got it right then! It was a lot, lot easier before there was so much competition for YA eyes.

On a personal level, I’d probably encourage myself to put my author anxieties, as much as possible, into my work. But who knows whether I’d listen?

I wish for a diverse market in every sense of the word. I’d like to see authors of every color/creed/sexuality/nationality/identity/you-name -it represented, and to see stories in every genre sharing that YA bookshelf: scifi, fantasy, contemporary, comedy, romance, adventure, paranormal, dystopian, stories in verse, on and on into infinity.

More time writing the books of my heart. A revelation about how to balance the need for private life versus the need to market myself. Further evolution in my writing and editing processes. A more ergonomic writing setup.