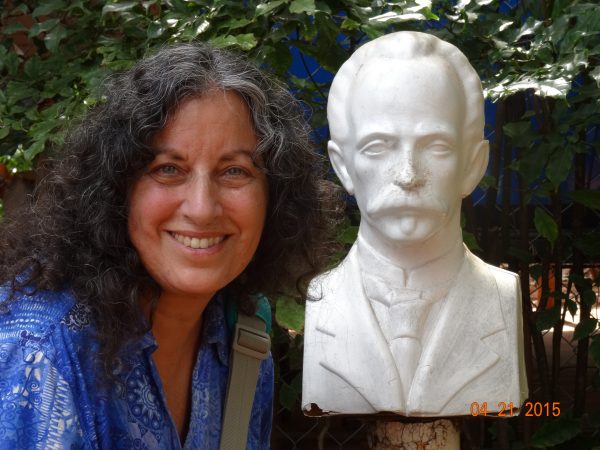 Margarita Engle is a successful children’s-YA author with a long, distinguished career.

I have been writing poetry since I was a small child, but my degrees are in agronomy and botany. My first career was as a professor of agronomy, and my second was directing an irrigation water conservation program.

Most of my early publications were poems, short stories, articles, and opinion columns in a wide variety of literary journals, agricultural magazines, and newspapers.

My first adult novel was not published until I was forty, and my first verse novel for young readers⁠—The Poet Slave of Cuba: A Biography of Juan Francisco Manzano (Henry Holt)⁠—came more than a decade later in 2006. It was a true story that I had struggled to write in traditional prose for adults. After failing miserably, I decided to switch to free verse, because I was trying to honor the childhood of a Cuban poet, Juan Francisco Manzano.

When the book came out, many people in the U.S. told me they didn’t know that African and Indigenous people had been enslaved in Latin America.

That realization has spurred me to continue writing about individuals who have been forgotten by history.

I should mention that The Poet Slave of Cuba was submitted without an agent. Reka Simonsen plucked it out of the slush pile, offering me a rare opportunity that would be unlikely to occur today, since big publishing houses no longer read unsolicited manuscripts.

The Pura Belpré Award for that first verse novel marked an astounding point in this process. With ALA recognition, I was able to keep publishing. Everything that has followed can be traced directly to the Pura Belpré, for which I will be eternally grateful to REFORMA.

After that first success, Reka Simonsen even agreed to publish Summer Birds, the Butterflies of Maria Sibylla Merian, illustrated by Julie Paschkis (Henry Holt, 2010), a picture book biography that had been languishing in my desk drawer for a quarter of a century, because I wrote it at a time when there was little interest in women scientists.

Unfortunately, the first few dozen drafts of my next verse novel lacked cohesiveness. I was trying to write about Cuba’s three wars for independence from Spain, which were combined with the struggle to end slavery. The subject was so enormous that I rambled.

Until I realized that I needed to focus on the experiences of one real-life individual, Rosa la Bayamesa, it was like building a sand castle.

Each day I wrote, and each night, everything crumbled. The next morning, I started over.

After a couple of years, I finally completed The Surrender Tree: Poem’s of Cuba’s Struggle for Freedom (Henry Holt, 2008), which received a Newbery Honor. Like the Pura Belpré, that award validated my unusual approach to historical fiction.

Over the next decade, I continued writing verse novels and picture books, often about topics that are familiar to Cubans, but unknown to most readers in U.S.

If I had to summarize the process of being able to continue to publish my work, I’d give credit to awards. However, just to keep me humble, chain bookstores rarely carry my books, and because I write poetry about Cuban history, I tend to be pigeonholed in a school-and-library marketing category.

If I had to name the biggest obstacle in my career, I would say it is a combination of the United States’s indifference to Cuba and its fear of poetry.

If you had it do all over again what—if anything—would you do differently and why?

I would start all of this while I was young enough to have the energy for constant travel. School visits, conferences, and book festivals are wonderful, but they are also exhausting, and I am at a point in my life where I have to think carefully about accepting invitations that will take me away from the solitary daily task of writing.

The field and body of literature are always evolving. For you, what have been the stand-out changes in the world of children’s-YA writing, literature, and publishing? What do you think of them and why?

The biggest change I’ve seen is the astonishing impact of grassroots movements such as We Need Diverse Books and Las Musas. I can’t believe how much they’ve accomplished in such a short time! I am in awe of the energetic young writers who founded them.

The second biggest change is a receptiveness to verse novels. When I started writing them, there were very few. Teachers and librarians often told me they were afraid of poetry, and many disagreed when I pointed out that un-crowded pages are welcoming to reluctant readers.

Adults kept insisting that poetry is hard to understand. That simply isn’t true, and I believe that today, many adults have given poetry a chance. Their lack of fear is now being passed along to young readers, just as their apprehension was a few years ago.

I think this change has come about largely as the result of prominent awards received by outstanding verse novelists such as Jacqueline Woodson, Kwame Alexander, Marilyn Nelson, Thanhha Lai, Elizabeth Acevedo, and Nikki Grimes.

I would tell myself to continue doing exactly what I’ve been doing, which is writing from the heart, without worrying about whether the manuscript will ever be published.

That is a lesson I learned from my creative writing professor, Tomás Rivera.

I would also reaffirm two decisions I made around a decade ago:

1. To try to accept invitations when possible, instead of soliciting additional travel obligations that take time away from writing.

2. To try to be content with any level of success.

What do you wish for children’s-YA writers (and readers) in the future?

I hope they find their own voices, and listen to each other’s voices. I hope they write stories and poems that really matter to them and their communities, instead of worrying about sales figures, reviews, or any other measure of popularity, because worry paralyzes creativity.

There is no other way to really understand each other. I hope for a pathway from reading to compassion, empathy, and peace.

I wish to leave a small but heartfelt legacy of peace and hope. 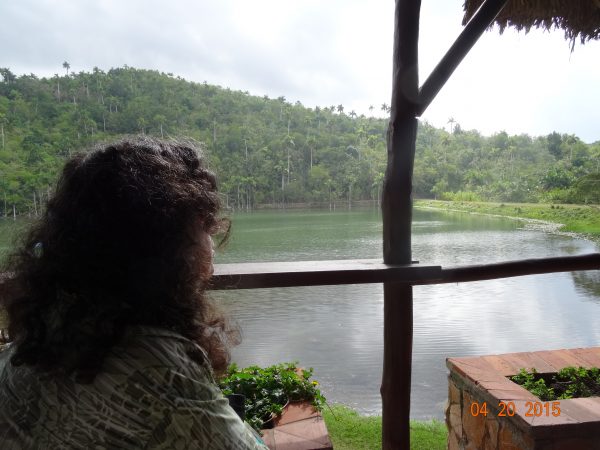 Margarita’s most recent verse memoir is Soaring Earth. Her newest books include Dancing Hands: How Teresa Carreñno Played the Piano for President Lincoln (Atheneum, 2019), Dreams From Many Rivers (Henry Holt, 2019), and With a Star in My Hand: Rubén Dario, Poetry Hero (Atheneum, 2020).

She was born in Los Angeles, but developed a deep attachment to her mother’s homeland during childhood summers with relatives on the island.  Margarita studied agronomy and botany along with creative writing. She lives in central California with her husband.