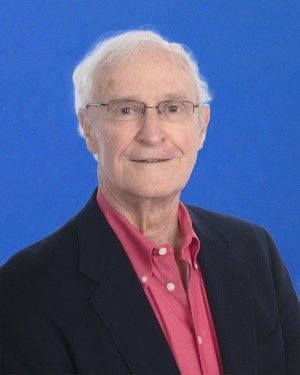 Richard Jackson, Who Had an Ear for Children’s Books, Dies at 84 by Neil Genzlinger from The New York Times. Peek: “[I]t was his work as an editor beginning in the 1960s that changed…literature for young people. At a time when many people still thought of Nancy Drew and Hardy Boys mysteries as the height of sophistication for young readers, he published authors who wrote about bullying, race, sexuality, adolescent angst….”

Genzlinger quoted a few authors who worked with Jackson, including Susan Patron from her 2007 Cynsations interview after The Higher Power of Lucky (Atheneum/Richard Jackson, 2006) won the Newbery Medal.  Patron said, “Richard Jackson has been the editor of all my books so far, and working with him is a writer’s dream. He’s kind, quirky, available, honest, and not afraid to take risks. I’m a fanatic self-editor and reviser and try to submit manuscripts that are as finished as possible, which meant that there weren’t many changes made afterwards.”

Obituary: Richard Jackson by Shannon Maughan from Publishers Weekly. Peek: “Jackson was often asked to talk about his work and career over the years. ‘It’s mysterious what we do anyway, editors….We’re just enthusiasts. That’s our job, educated enthusiasts.’”

Remembering Dick Jackson from the Society of Children’s Book Writers and Illustrators. Peek: “In mourning the passing of this remarkable individual, SCBWI Executive Director Lin Oliver commented that, ‘He profoundly influenced children’s literature, discovered and supported many of the most influential talents in our field, and was elegant, kind and beloved.’”

Jackson was born September 22, 1935, in Detroit, Michigan. After receiving his drama degree from Yale University, he entered the army in 1958. He spent six months in Georgia as a machine gunner before being reassigned to write speeches, articles, and letters for generals, because an article he wrote about basic training for the Fort Benning paper caught his superior’s attention. In a 1993 Horn Book article, Jackson said it was from this work that he learned that he “liked writing…liked words.”

After his discharge, he attended Columbia University for a short time–seeking a master’s degree in English–before leaving to work several months as a library clerk. He then entered the New York University School of Education’s Graduate Institute of Book Publishing, a program which was half coursework and half internship. He was assigned to Doubleday’s manufacturing department, and later moved to Doubleday Books for Young Readers. 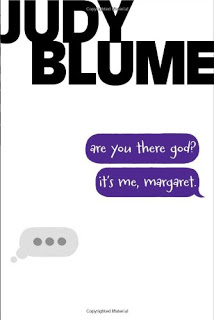 Thus began Jackson’s 50-plus years as a publisher and editor. He stayed at Doubleday after obtaining his master’s degree in education in 1962, with his responsibilities expanding from indexing to writing flap copy to reading manuscripts to eventually signing some of his own authors. He even did ghost writing. Jackson then went to Macmillan’s children’s book department where he discovered what made a book convincing. “I was learning to see what mattered, for me at least: the heart of a book beats beneath the words,” he stated in his 1993 Horn Book article, We.

He went on to David White Company, where for two years he single-handedly oversaw the children’s department, after which he co-founded Bradbury Press. Bradbury’s outstanding authors and illustrators included Arnold Lobel, Rosemary Wells, Diane Goode, and Judy Blume.

After Bradbury was sold to Macmillan, Jackson joined Orchard Books and ran his own imprint, Richard Jackson Books. From there, he co-founded the nonfiction imprint DK Ink, at DK, and thereafter joined Simon & Schuster, where he was editorial director of Richard Jackson Books, an imprint of Atheneum Books for Young Readers.

Children’s and young adult author Avi, who worked with Jackson on some 20 books, recognized his skill in working with varied writers. In Remembering Dick Jackson, Avi wrote: “Any list of the authors and illustrators with whom he worked would include a huge number of major artists who wrote…books that changed the nature of children’s books. No editor’s books won more major awards than his. In the world of children’s literature, Richard Jackson was a major figure.”

And for each book, Jackson’s editing process was a bit different. For example, he said in We that Avi’s The True Confessions of Charlotte Doyle (Orchard Books, 1990) “was edited line for line.” He strongly advocated revision, because it “requires us to think further.” He called revising “an act of generosity, of showing readers unlit corners of character, the contents of a closet, the color of a sky – none of it crucial to a plot, perhaps, but all of it contributing. Very often what’s generous in a book has come out during the process of revision, from first draft to second, from fourth draft to fifth.”

Jackson’s inspiration for his dedication and commitment as an editor, publisher, and author is revealed in his We article: “Perhaps, I think, I can change a life with a book, something playful or beautiful that creates a small gasp of recognition in a reader, that might, but for the alchemy of we, never have existed.”

Gail Vannelli holds an MFA in Writing for Children and Young Adults from Vermont College of Fine Arts where she was a winner of the Holy Smokes scholarship that recognizes strong academic achievement. She has also received several Honorable Mention awards from the Annual Writer’s Digest Writing Competitions for her children’s work.