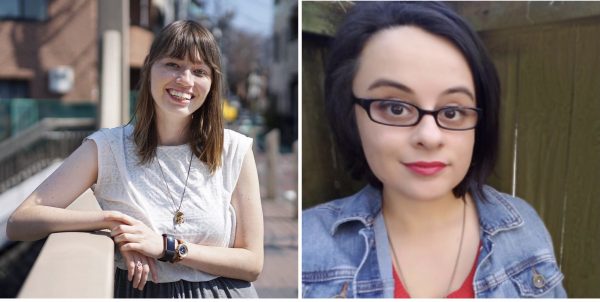 Caitlin Lochner author of A Soldier and a Liar (Swoon Reads, 2019) and Nina Moreno author of Don’t Date Rosa Santos (Disney-Hyperion, 2019) talk about what inspired their YA debuts and the perseverance needed in the writing life.

The short answer is by spending a lot of time banging my head against my keyboard trying to get the words to go, replacing my blood with coffee, and having way too much anxiety to be healthy. But seriously, the process was a bit complicated.

I got my start in writing with fanfiction. But I never wrote anything long, and when I set out to become a Serious Writer back in 2009, I decided to participate in my first NaNoWriMo (in which you write 50,000 words in the month of November).

The end result was, to put it nicely, absolutely terrible. But I finished. I’d written a book about my own characters and world, and while it’ll never see the light of day again, simply writing that first crappy book taught me a lot about writing.

I continued to do NaNoWriMo every year after that (last year I successfully finished my 10th!) and each book taught me something a little different. I wrote six manuscripts before A Soldier and a Liar (Swoon Reads, 2019)—none of which I was in love with after I’d written The End (although I would eventually take my favorite elements of Book 5 and write what would become A Soldier and a Liar). But it was the process of writing so much, with the conscious goal of trying to make each book better than the last, that helped me improve my writing so much.

I was also going to university for my bachelor’s in creative writing somewhere during that time, and I applied what I learned in my classes to make my writing more polished, my storylines more complete. I had friends I would trade writing projects with and we’d give one another feedback on what was working and what wasn’t. I looked at the books I loved and questioned what made me love them so much, not just as a casual reader, but as a writer. I pulled from everywhere, everything, and everyone I could to try and make my own work the best it could be.

It started around when superhero movies were getting big. I don’t know if it was necessarily one movie that did it (or if it was, I can’t remember which one anymore), but I watched a lot of them and one day thought, “Huh. I really want to write a book with superpowers. But instead of all the characters being really good people, what if they were all a little warped somehow because of these powers? What if there’s no clear answer as to whether they’re ‘good’ or ‘bad?’” 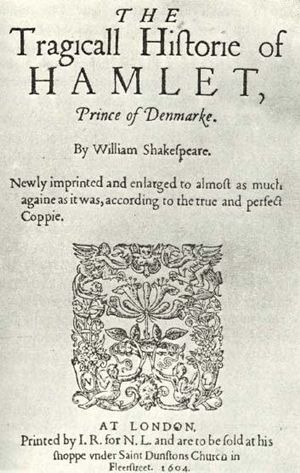 Not all of my characters ended up being that morally gray (there’s one in particular who’s just got a heart of gold and wears it on his sleeve), but it was fun to experiment with in the initial drafting stages—and there’re still plenty of questionable moral decisions and questions of right vs. wrong in the book.

I was also rereading Hamlet around that time and fell in love with the deceptive, cunning aspect of Hamlet’s character. And thus, my main character Lai Cathwell was born.

I think the biggest challenge for me was keeping the pacing compelling while still taking the time I needed to give each character their respective dues. I never wanted there to be a dull moment, or an end of a chapter where a reader could think Oh, this is a good place to stop. I wanted everyone to feel like they had to keep reading to find out what happens next. A pretty lofty goal, but a fun one!

The problem with this was that I have a lot of characters, and each one has their own distinct arc (even if it’s not fully realized by the end of A Soldier and a Liar). I wanted to focus on each of the four main characters and give them the depth and focus they deserved. And at times in the drafting stage, this focus felt like it was distracting from the overall plot.

So, I found ways to tie in each character’s arc to the overall plot so that they would be absolutely necessary for the overarching story to reach its conclusion.

For example, it seems like we’re focusing an awful lot on Erik’s forgotten past?

Well, it must be because his memories are one of the keys to resolving everything.

Lai’s visits to A Certain Place are happening pretty often?

It must be because this is going to affect her and everyone she loves in a pretty significant way later.

So, basically, the process was a lot of finding ways to tie character paths into the overall plot so that I could have my cake and eat it, too.

Another huge challenge for me was writing individual voices for characters—and this is something I struggle with in any piece I write. I love writing multiple points of view, but I’m always just a couple of lines away from making the characters sound like the same person.

When I sit down to write, I have to really ask myself: Is this how Lai would say this, or have I spent too much time in Jay’s head? Would Jay really notice all the exits in a room first, or is that more something down Lai’s alley? It definitely takes a lot of thought when I’m switching heads to keep everyone sounding distinct. But I have some really great editors who’ve been helping me with this, so I’m looking at it as more of a challenge to improve my craft than anything!

Don’t give up. Don’t abandon a story you’re truly passionate about, don’t stop writing, don’t let your doubts get the better of you. It took me almost six years from when I started writing A Soldier and a Liar to when I actually sold it—and another two years after that until it came out. It takes time, but it’s so, so worth it. Keeping at it, and constantly trying to improve yourself, is the only way you’re going to make it.

I’d also say to try and get involved with the writing community, whether it be local or online. Writing can be such a difficult and lonely pursuit at times, but having people who understand what you’re struggling with will do so much for your mental health. The path to publication can be grueling, but having friends to help support you, and who you can encourage in return, is a lifesaver.

Young adult books made me a reader. The kind of reader who found power in writing her own story. I loved contemporary and wished for soft stories like those, but where my Latinx culture, southern influences, and love for romances could all just fit together.

But I also knew I had this big story I needed to tell. The legacy of exile, inherited trauma, questions of faith and loss, gentrification, and figuring who we are in the face of all of that.

Was that a big, sad story? Or could I bring all of that to a quiet contemporary—like the ones I’d read and loved growing up? The ones that mostly starred young, middle-class, white girls with their own problems?

Don’t Date Rosa Santos (Disney-Hyerpion, 2019) is a love letter to so much of who I am.  Rosa’s questions about culture and her family story grew from my own, and I think it’s something a lot of next-generation diaspora kids can understand.

In terms of publishing, how did you navigate the process of finding an agent and, with their representation, connecting your manuscript to a publisher?

I did extensive research before hitting send on my first query to a literary agent, but I faced constant rejection for about two years. Form rejections on queries, followed by requests that sometimes came back with helpful notes on my manuscript. I became better at the hustle of learning the lesson, working on my craft, and getting back at it.

Every time I was on the verge of quitting (or so I kept telling myself) I’d get an almost glowing rejection and knew I was getting closer. I wanted it too much to quit.

I received an offer on that manuscript, but it happened after many rewrites and revisions, a few online contests, and over a hundred rejections. I was stubborn with that story, and thankfully, after all that work and fear, it helped find me the right agent.

We worked on submitting the first to publishers for almost two years, and got pretty close, but it never sold. It was heartbreaking.

You get the agent and think, “okay, this is finally it,” and then it’s not and the doubt creeps into everything. It was constant rejection again and I didn’t know if I’d ever get that next yes.

Everyone suggests writing another book while you’re on submission, but it took me some time to move on and do it again. Life is wild, and ultimately, I’m glad that book didn’t end up being my debut.

When we were ready to submit my next book, it took about six months on submission, one of which I pulled it to revise. I had a gut feeling and knew what I needed to fix. Two weeks later, Disney offered in a preempt. For me, it came down to getting better at my craft, listening to my instincts, and finding an equally stubborn agent who found the exact editor my story and I needed. 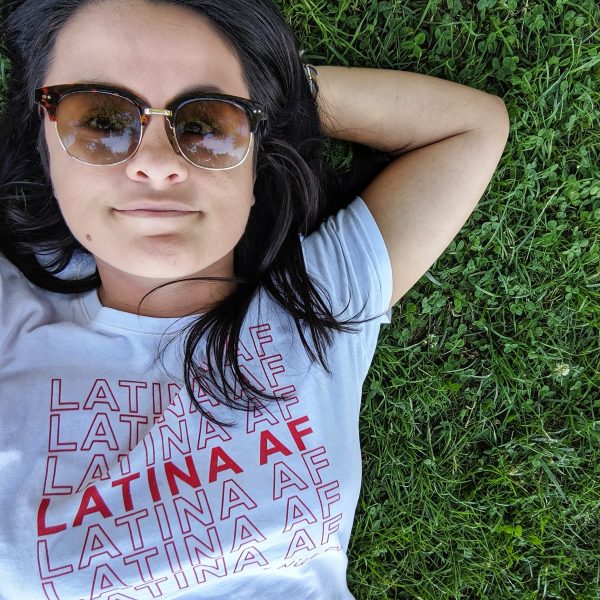 The most general advice I can give is to never forget your audience. We’re absolutely inspired by our forever favorites, but you have to continue reading the kidlit and YA that’s happening now.

This is about basic stuff like understanding your market and not arrogantly busting into the room all, “No one else has written a story like this!” when, in fact, someone probably has.

But it’s also making sure we don’t simply rely on your own memories while ignoring how different life is in a lot of ways for kids now.

I started writing YA as a teen who dreamed her way into romantic stories in magical places, but, as an author, I’m giving this book to teenagers now, and they deserve better than just my nostalgia. 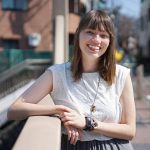 Caitlin Lochner is a nerd, traveler, and architecture enthusiast currently pursuing her MFA in fiction at the University of Central Florida.

She typically enjoys reading and writing anything with magic, adventure, and complex found-family relationships. When not neck-deep in her current obsession, she can often be found smothering her dog with unwanted affection. A Soldier and a Liar is her debut novel. 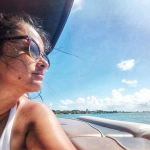 Nina Moreno is a YA writer whose writing is somewhere between Southern fiction and a telenovela. She graduated from the University of Florida and writes about Latinas chasing their dreams, falling in love, and navigating life in the hyphen.

She lives by a swamp outside of Orlando where she enjoys listening to carefully curated playlists, drinking too much Cuban coffee, and walking into the sea every chance she gets. Don’t Date Rosa Santos is out now with Disney-Hyperion.