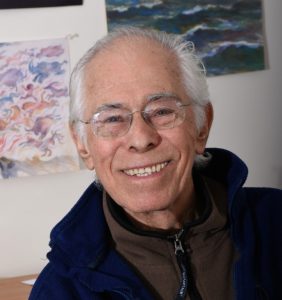 “‘Mordicai Gerstein was a genius, a master of both art and text,’ said Grace Maccarone, executive editor at Holiday House. ‘Mordicai wrote with humor and insight, and he painted with skill and with all his heart.’”

“Gerstein said in several interviews and speeches that writing did not come easily to him. He sought to tell stories about things that fascinated him, and over time he found inspiration in myths…newspaper and magazine articles/true stories…the Bible…compelling biographies…and his own family history.”

Mordicai Gerstein: A Tribute by Julie Danielson from The Horn Book. Peek:

“What stands out to me is his especially eloquent, fluid line work. He had a way of drawing in pen and ink that was so…Gerstein-esque. That’s my inelegant way of saying you could spot a Mordicai Gerstein book in no time flat. No one else drew and painted quite like him.”

Gerstein was born on Nov. 24, 1935 in Los Angeles. On his author website, he describes his early artistic inclinations and his parents’ encouragement.

After studying painting in New Mexico and attending Chouinard Art Institute (now CalArts) in Los Angeles, he worked as an artist and a designer. Later, he moved to New York City where he worked as an animation designer and director, a sculptor, and an editorial illustrator. In 1969, he founded Summer Star Productions, an animation company. 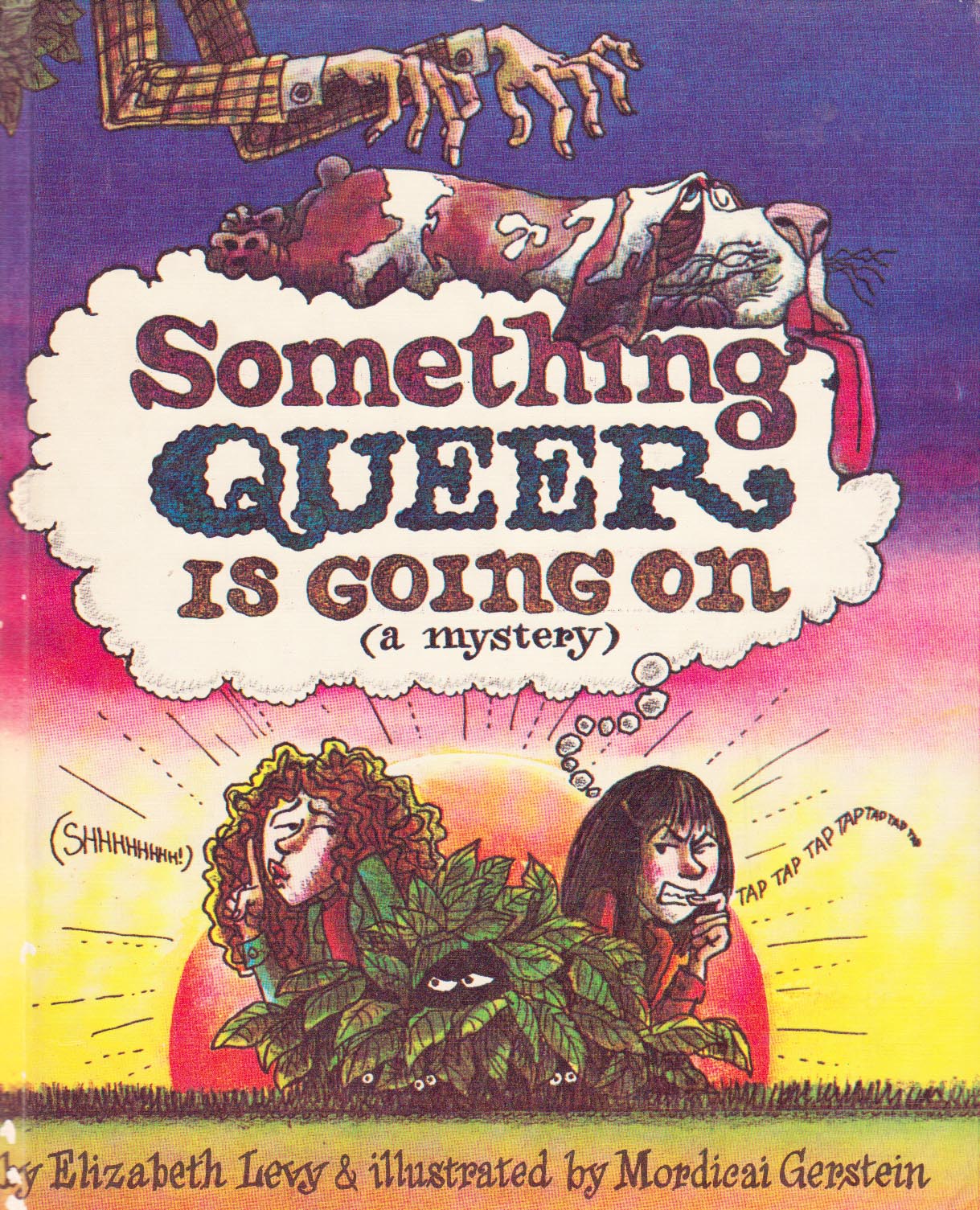 It wasn’t until his partnership with Elizabeth Levy on the children’s mystery series Something Queer is Going On (Delacorte,1973) that he began a career in children’s literature.

A decade later, Gerstein began writing and illustrating his own books for children. His first was Arnold of the Ducks (HarperCollins, 1983). Since then, he’s published more than 40 books. 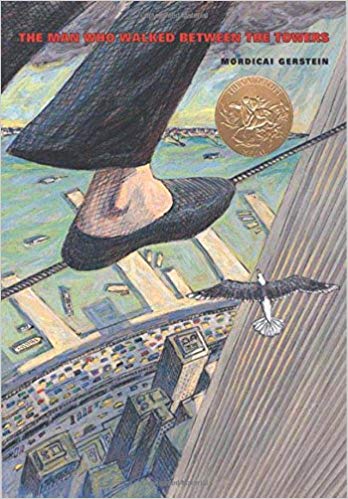 His book The Man Who Walked Between the Towers (Roaring Brook, 2003), about French street performer Philippe Petit’s tightrope walk between the two towers of the World Trade Center, won the Caldecott Medal and the Boston Globe-Horn Book Award. Gerstein’s books have also been recognized as New York Times and American Library Association notable children’s books and have won several Parents’ Choice Awards.

An online exhibit of his work can be found on the R. Michelson Galleries website, a gallery Gerstein had worked with for more than 30 years. They will pay tribute to him at their 30th Annual Children’s Illustration Celebration.

Editor Alvina Ling remembered Gerstein on Twitter: “I had the honor of working with him on two picture books (The Night World (2015) and The First Drawing (2013)), and feel lucky to have known him. The world is less vibrant after the loss of such a kind, gentle, genius human.”

In a 2005 interview with AudioFile, Gerstein said he wanted “his books to provoke questions. ‘I think the best things that kids can learn to do is to ask good questions. I’d like to inspire their curiosity…I’m not looking to give them answers. I think the questions are much more valuable.’”

Author Leda Schubert shared her memories of Gerstein and his work:

“If a picture book creator goes deep, that person might be lucky enough to create one beautiful, memorable book. A book that echoes, that evokes sighs and smiles, that is hugged close and saved forever. Mordicai Gerstein created many such books. I was fortunate enough to meet him and see him do a few presentations, share a few meals, and even enjoy a memorable evening singing old union songs and folk songs. I can’t claim more than that, but every minute with him was a privilege and a joy. 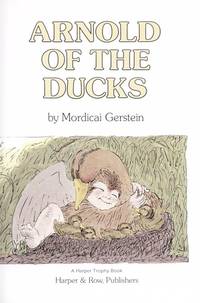 “I’ve read almost all of his books, but my favorite, perhaps predictably, remains the first he did alone: Arnold of the Ducks, way back in 1983. Why? Because there is a duck named Leda–and because it made me into a huge Gerstein fan. It made me say “aah” at the end, and it went straight through my being. As did many, many more of his books. The Mountains of Tibet (HarperCollins, 1987), The Seal Mother (Dial, 1986), The Wild Boy (Farrar, Straus & Giroux, 2002), The Boy and the Whale (Roaring Brook Press, 2017), and, of course, The Man Who Walked Between the Towers. (Can you even look at the cover without getting vertigo? I can’t.) He could also be wildly funny.

“You get the idea. His art is extraordinary.

“I’d like to quote from Arnold, but my copy is hiding. But What Charlie Heard (Farrar, Straus, & Giroux, 2002), his picture book tribute to Charles Ives, ends with these words, which seem appropriate now. ‘Maybe, if you open your ears like Charlie, you can hear the beautiful, funny, sad, joyous, amazing music he heard.’

“We were lucky he was among us. I miss him and send deep sympathy to his family and friends.” 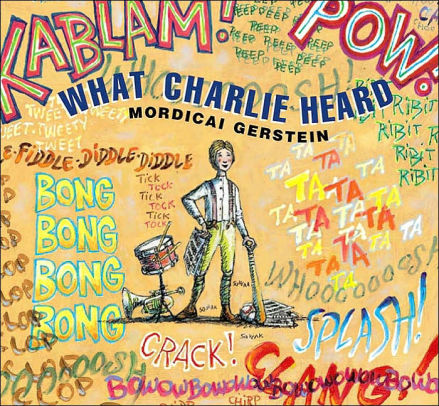