Long ago, a four-wheeler that started to swirl hit a car with a mother and four-year-old girl. And that girl, in a hospital, smelly and white, lay confused and alone, with her leg wrapped up tight in a cast in a sling pulled up high in the air, where it linked to all kinds of weird gadgets up there. And she wept and she whimpered each night and each day for her mother to please come and whisk her away.

Weeks dragged by. Then one day, an old granny charged in with an armful of books, and she said, “Let’s begin.”

Then that granny dropped all of the books on the floor, and she read every one and went out to get more. From the pictures and words, there arose in the girl a new current as strong as that four-wheeler’s swirl. And it swept through her body and took a firm hold as it filled her with stories that had to be told.

And thus my passionate and stormy affair with words began. I eventually returned home in a body cast, while my mother remained in the hospital a few months longer.

My quirky family lived in an equally quirky three-bedroom home overcrowded and overrun not just with my parents and four siblings, but also–thanks to my father’s charitable nature–a granddad with dementia, long-staying friends, relatives, and even a few drifters.

But my favorite residents were a menagerie of pets. I would line up my teddy bears, and pour out stories about my theatrical hamsters, a rescued, broken-winged pigeon, and our two shaggy mutts. 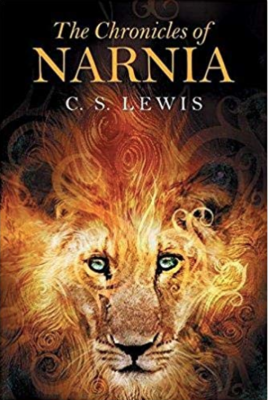 My excitement for storytelling carried into elementary school. When I was six years old, my teacher sent a progress report to my parents, which said, “Gail enjoys reading a great deal. She has also made great strides in her writing.” Those two sentences would continue to define my life.

During elementary school and on into middle school, I devoured the classics, like The Wizard of Oz (by L. Frank Baum, (George M. Hill Company, 1901)) and The Wind in the Willows (by Kenneth Grahame, (Methuen, 1908)). My juvenile library included C.S. Lewis books, like The Chronicles of Narnia series (Geoffrey Bles, 1950), and the J.R.R. Tolkien Lord of the Rings set (Allen & Unwin, 1954).

I liked to experience what author Francine Prose describes as “the dependable, out-of-body-sensation of being somewhere else,” and I later sought to incorporate this quality into my books. One of my favorite authors was Roald Dahl, whose works included James and the Giant Peach (Alfred A. Knopf, 1961) and Charlie and the Chocolate Factory (Alfred A. Knopf, 1964).

During middle school, my foray into storytelling advanced, as a close girlfriend and I wrote and illustrated narratives and comic strips about our teenage exploits.

In the fashion of Diary of a Wimpy Kid by Jeff Kinney (Amulet Books, 2007), we gave play-by-play accounts of family, school, and boy problems. We passed our comics around school, usually during class, which resulted in more than a few confiscations.

In high school, I wrote tall tales about my hot-tempered horse, Taffy, my loud duck, Charlie Brown, and my rascally cats, Buttons and Beau. It was during these high school years that I also became immersed in mission work for low-income children, which necessitated training and travel with organizations such as Head Start. This expanded my heart and gave me an appreciation for community-based services. These mission experiences also gave my stories a depth that had previously been missing.

In college, class writing kept me busy, as I analyzed and conceptualized a larger world. As a sociology major, I began to recognize the beliefs, behaviors, and patterns that impact a society’s political, social, and economic climate.

I continued to write stories, but now ventured into the young adult and adult genres as I factored these aspects into the psychology of human behavior. My confidence took a hit when my freshman English teacher failed to appreciate my writing style and barely passed me.

After graduating, my life shifted gears when a judge, who was a family friend, hired me as his probation officer. I worked at the court while obtaining a master’s degree in Corrections, which explored the causes of crimes, and the treatment and supervision of offenders.

Later, I attended law school, where I gained a strong foundation for protecting individual rights. This, along with my improved academic reading and writing skills, served me well as a juvenile prosecutor handling youth offenses and removal of children from abusive situations.

As I employed principles of fairness and equality in my work, these ideologies began to appear in my writing, giving it purpose.

While in law school, and during my early years as an attorney, I wrote mainly in the adult genre, generating suspense novels featuring female protagonists. For one of these, I received 22 rejections and a few “okay to send more” responses that didn’t pan out.

The National Writers Association, to which I had also sent chapters, responded with encouraging words about how the piece had promise. My second novel manuscript earned me an agent for a short time until the agency closed. I was beginning to realize that my adult fiction was lacking what was required for serious consideration.

My children’s pieces fared better, which I began writing again after my two sons were born. Like my favorite authors–Dahl, Lewis, Tolkien–I liked having a theme of good versus evil, with a victorious hero who shows how justice has been serviced.

Sometimes that evil is presented as a treacherous person with a horde of followers, as found in the Series of Unfortunate Events books by Lemony Snicket (illustrated by Brett Helquist (HarperCollins, 1999)), whose writing I admire and sometimes emulate.

Rick Riordan (known for his Percy Jackson and the Olympians series (Miramax Books, 2005)) likewise brings victory to unlikely heroes. Like Riordan, I like my characters to have flaws that may be unattractive in normal society but become a source of strength and courage in their journeys.

My growing sons were perfect critics of my work. If, when I read them my stories, I bored them to tears, something wasn’t working.

I saw improvement as I attended the Institute of Children’s Literature, writing stories under the mentorship of published authors. I started a middle-grade fantasy novel, a chapter of which won an honorable mention in an annual Writer’s Digest Writing Competition. I also won honorable mentions for a picture book and part of a children’s-series book.

After my sons were on their own, I decided to retire from lawyering to pursue writing for children full time. But first I needed to find out why my work, while worthy of praise and competition awards, was not publishable.

I’d aim for strong beginnings with a character’s state of affairs being disturbed by a difficulty that put him on a new path and gave him a recognizable purpose. I’d try to give the characters depth and dimension. I’d build settings that were complex and relevant. Yet I often failed to discern whether all the elements blended together to create a compelling narrative.

So, I decided to return to school, which led me to the Vermont College of Fine Arts’ Writing for Children and Young Adults program.

It is impossible to adequately describe the mystical, magical milieu of that place.

By letting myself start over as a writer, and with the expert guidance of advisors like Liz Garton Scanlon, Sharon Darrow, Cynthia Leitich Smith, David Macinnis Gill, and William Alexander, I left with a treasure trove of new skills.

I also left with a half-dozen projects close to submission readiness, a rich array of new insights and perspectives from studying abroad with British children’s writers, and a collaborative community of cherished and supportive friends.

Every author’s journey is different and unique. But I believe that where there’s a love for words, unshakable determination, and a willingness to keep learning along the way, a future full of meaningful and publishable stories awaits.