“Ursula K. Le Guin said that narrative is change, and if that is true, then middle-grade novels are the definition of great narrative, the reflection of the moment in life when we become ourselves.”

“I have always wanted to share this story, but working primarily as a picture book artist and writer, I couldn’t get the massive story to fit in that format…so I went with a longer middle grade prose/graphic novel hybrid.”

“Questions are vital to science, and it’s important that children – the future stewards of our planet–feel curious enough to always ask questions and wonder about the world around them. As children think and wonder, forming questions in their minds, they are being literate–forming unique thoughts.”

Q & A With Elizabeth Acevedo by Sara Grochowski from Publishers Weekly. Peek:

“With the Fire on High (HarperTeen, 2019) was an attempt to think about young and teen mothers. In the children’s category, we have books where [teens] are trying to decide whether to keep a child, but I really wanted to look at a character who had already made that decision.”

Why Conflict Is So Hard To Create in Romance by Janice Hardy from Fiction University. Peek:

“Romance is all about the characters, so it makes sense that the conflict would come from the characters. They are their own worst enemy, and their quirks and issues are the real problem.”

Eight Ways To Inject Humor Into Your Writing by Dan Brotzel from Writers Helping Writers. Peek:

“Often the best humor doesn’t have to be invented; it just needs to be observed and packaged for the reader. So always be taking note of things that make you laugh as you go through your day: unusual turns of phrase, anecdotes, strange street moments.”

The Problem With (Too Many) Ideas by Michelle Houts at From The Mixed-up Files of Middle Grade Authors. Peek:

“Jane [Yolen] triages her ideas so that she can focus on the one. She might do this several times a day, but that’s okay. We need to rank our ideas: those that will die without our immediate attention and those which can lounge around a while, waiting for us.”

“You can do whatever you like, of course, and it’s always a good idea to ask the attendees what they want to do. However, I’ve found that providing a schedule before the event sets the right expectation: This weekend is meant for writing first, socializing second.”

31 Children’s Books To Support Conversations On Race, Racism, and Resistance by The Conscious Kid from Medium. Peek:

“These books showcase the many ways people of all ages and races have worked to disrupt racism, and highlight how race intersects with other issues, such as capitalism, class, and colonization.”

Now You See Me, Now You Don’t by K.A. Holt from Publishers Weekly. Peek:

“Soft censorship is the most insidious, cowardly discrimination of all because you don’t even know it’s happening. Sure, you suspect something is a little off, but you believe your hosts. The kids have to study. Okay. I take you at your word.”

Muslim American Girls Need To See Their Role Models Reflected In The Spotlight, Too by Saadia Faruqi from The Washington Post. Peek:

“Girls like my daughter are starved for positive examples of Muslim American women. Muslims make up just about 1 percent of the American population, so finding those examples is already a losing numbers game.”

“I realized how few contemporary books (nonfiction or fiction) there are when you consider there are over 570 federally recognized tribes in the United States. Most books are written by people with no familiarity or knowledge of the tribe(s), people, land base, or history.”

“I look for that perfect marriage of voice and concept—I want a big, fresh, stand-out hook to reel me in, but it’s really the strong voice and complex family relationships and friendships at the heart of a story that make me want to champion it.”

“… Ubook is planning to produce original content of its own as well as buying the rights to foreign content – and produce not just audiobooks but also the ebook and print versions for the local market…Most significantly, Ubook has been touring international book fairs buying up Brazilian rights to content…”

“As part of this strategic shift, Baker & Taylor will exit the distribution of wholesale books to retailers.”

“Highlights for Children, the children’s magazine, has sold its trade book publishing arm, comprised of Boyds Mills Press and its affiliated imprints, Calkins Creek and WordSong, to Kane Press.”

“Cengage said the deal is expected to close by early 2020, at which point the new company is expected to be named McGraw-Hill and will be led by Michael Hansen, currently the CEO of Cengage.”

“So much about personal brand is about choices, consistency and public expectations. If people see you as ‘that illustrator who posts a lot of fascinating b&w drawings of cats as well as photos of her own cats’, then you’ll likely attract people who love cats as well as others.”

The Author’s Guide to Business Cards by E.J. Wenstrom from Writer’s Digest. Peek:

“When deciding what information to include on your business card, focus on making followup connections as easy as possible, without overloading this tiny piece of real estate.”

“A fiftieth anniversary is a celebration that glistens with good memories and the promise of what’s to come. That’s why this golden anniversary issue honoring the Coretta Scott King Book Awards is so special.” 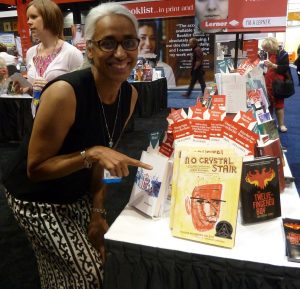 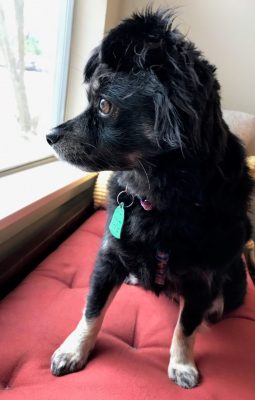 Of late, I’ve been reading and responding for my VCFA MFA students’ writing, walking with Gnocchi the Chihuahua (who has a new summer haircut), and contemplating “Avengers Endgame” and “Game of Thrones.”

I have many thoughts on the shows, but I know not everyone has seen them and this is a spoiler-free zone. I will say that I’m apparently the only person who didn’t think episode three of GoT was too dark (in terms of lighting, not content).

As for Gnocchi, she has made terrific progress walking on her leash and being calm in the face of strange humans, cats and squirrels. Fellow dogs are another issue entirely. But she is a shelter pup, so who knows what sort of experiences she had in her mysterious youth.

What else? I’m feeling deeply refective these days about opportunities and challenges facing children’s-YA book creators in general, especially those from underrepresented communities and Native kidlit in particular. Maybe it’s because I don’t have a new book out this year and there’s some time to breathe. More to come on all of that. Meanwhile, creative writing is my priority for May.

Link of the Week: Baker & Taylor Is Exiting Wholesale Book Distribution to Focus on Public Libraries 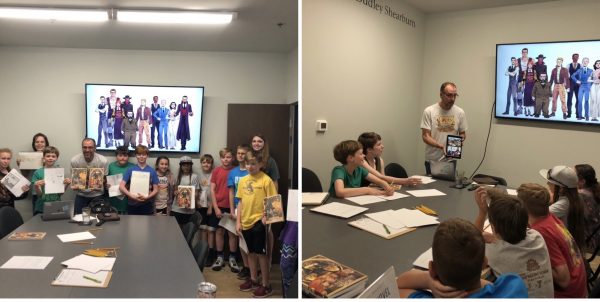 This week, the kids and I went to a graphic novel workshop led by Steve Nedvidek at our local indie bookstore, Bookmarks. It was fun to hear about the collaborative and technological process Steve goes through with other storytellers and illustrators to bring the historical graphic novels to the page. Kids got to make their own page using a script from the still-in-production third book of the Jekyll Island Chronicles.