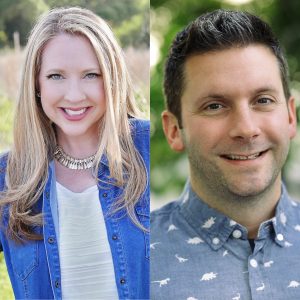 As an author-teacher-librarian, how do your various roles inform one another?

Being a librarian has given me many unique opportunities to “peel back the author-success curtain.”

When I would host author visits, I would pick their brains at lunch. Bernard Waber (Lyle, Lyle Crocodile (Houghton Mifflin, 1965)) was my guest in the 90s at a Dallas private school, and we spent the loveliest day together, where in between presentations and signings, he shared with me his highs and lows of being a children’s author/illustrator.

When we parted for the day, he hugged me goodbye and said to keep going, keep trying! (I cried buckets when I learned he passed away in 2013.)

I would often pen letters to authors I admired to share with them student anecdotes (this was pre-social media!).

Richard Peck and I corresponded for a while, and one of his particularly inspiring notes is framed in my office. One year he visited the Texas Library Association conference, and I was not in his autograph line early enough to “get a ticket.” I doggedly stayed and told all of his handlers, “We are friends, he will want to see me.” (I was younger then, with more bravado!).

The whispers of the ladies in front of me in the line had me doubting I would ever be allowed to see him. I felt flush and a bit sick with worry…but I waited and waited, inched forward little by little. Finally, it was the end of the line.

Mr. Peck was visibly tired. But when I introduced myself as “Jennifer from the letters…” he stood up and hugged me. I couldn’t believe he really did remember me. One of those handlers took our picture. It was a bit blurry (pre-cellphone days), but I got the picture, and the moment. 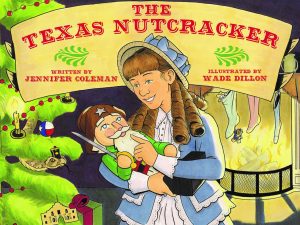 The performing arts has always been a part of my life, specifically dance. My oldest, who is now 17, has been in dance since the age of two—we are a dance family!

When she was in middle school, we were stuck in traffic in downtown Austin after a holiday dance performance.

At a standstill in gridlock, looking at an illuminated Capitol Building from the highway, my daughter said, “Mom, you really ought to write a Texas version of the Nutcracker.”

We brainstormed a bit, and then I toyed around with drafts for a few months. I was set on the Rattlesnake King and the Bluebonnet Fairy as characters, but for a while I was stuck on the Texas interpretation. I kept trying to write Texas shtick with over exaggerated dialects and dialogues. It wasn’t feeling ‘right’.

Flash forward to the summer. Usually the planner of our family vacations, I went off script and responded to my husband’s more spontaneous idea to “head West.” His idea was to visit the Marfa/Alpine area. So we took a road trip in the family minivan, and I had no idea where we were going or staying, but was rolling along with the flow. 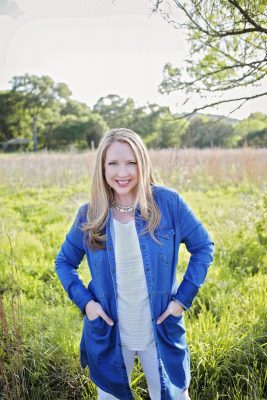 hen the Davis Mountains appeared in the windshield, I marveled at the vast differences in Texas geography. I love our expansive state and all of its diversity.

On July 5th, we arrived for a day of exploration at Fort Davis National Historic Site, as my husband is a history enthusiast. The moment I stepped out of the van, I looked up to see an immense American flag with the backdrop of those Davis Mountains, up close and personal.

I describe that moment as ‘electrical” because I literally felt a jolt of electricity down the back of my skull through my backbone as I realized in a thunderbolt that my Texas Nutcracker should be written here.

I yelled to my son, “Grab Mom’s iPad!” and I started writing on the spot. We had the whole place to ourselves, so I was really able to research, write, and data gather in a magical way. Butterflies quite literally danced around me as I walked, and it inspired the scene in the book of the Monarch butterflies dance.

When I approached the hospital of the Fort, I was drawn to a little girl’s face on a placard. The daughter of the hospital steward and matron, born in 1876 and named Centennia America Williamson, died of diphtheria in 1881 at Fort Davis, just before her fifth birthday.

I knew when I saw her she was the “Clara” character in my version of the Nutcracker. It felt right to honor her sweet young life by putting her in my story—like a silent hug to the past.

Moving to the Fort’s school house, I looked at artifacts that had been excavated—small things from the frontier students that had fallen through the cracks of the floor. One item grabbed me—it was a “prairie diamond.”

Pioneers made their own horseshoe rings by using iron, steel and fire. The horseshoe nail was used to hold the shoes to the hooves of a horse. I knew when I saw that, it would be what Centennia used to kill the Rattlesnake King! My whole day at Fort Davis was filled with ah-ha moments like that.

So if I were to sum up “what inspired my book, The Texas Nutcracker?” it would be a lovely combination of family, timing, and willingness to be open to the signs all around me.

Don’t compare your creative journey to others.

You are not them, and they are not you. Learn all you can from who you can and be open to the creative process. It will take you amazing places and grow you in ways you can’t even fathom as long as you don’t try to force things to be what they’re not. 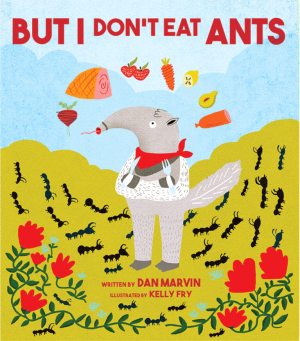 I’m an advertising copywriter, so my day job is writing for grownups.

When my kids were two or three and I found myself reading to them every day, I remembered how much I loved children’s books. And I also thought I could do better than some of the books I read. So it was a bit of competitiveness, and a challenge to myself.

It wasn’t until four or five years later that my wife encouraged me to do something more with the few stories I had written.

The thing that had the biggest impact for me was joining the 12×12 Challenge. The goal is to write 12 manuscripts in 12 months, and there’s an incredibly supportive community of fellow picture book writers. Four years later I’m still part of that group and it’s hugely helpful.

But I Don’t Eat Ants is a simple story, and it started with an opposite world/“What if?” kind of notion. I had the note “An anteater that doesn’t eat ants” in a document for quite a while.

When I got around to turning it into a story, it occurred to me just how much that would irritate someone to be wrongly named like that. Thirty-something major revisions later, I had a submission-ready manuscript.

When most people find out I managed to get a book published, they immediately ask when my next one is coming out. They mean well, so I’m never offended, just amused. And I honestly find it motivating. In my head I’m like, “Yeah, Dan. When will the next one be out? What are you waiting for?” 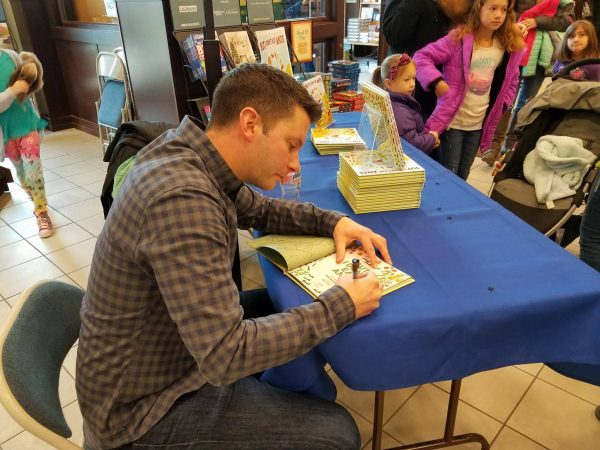 As an unagented author, how did you identify your editor and connect the manuscript with the publishing house?

I used “The Book” from SCBWI. I scoured the publishers listed and identified all that were accepting unagented submissions, then I researched and figured out which publishers were open to quirky stories like mine. I identified and submitted to 10.

I personalized each query letter, sure to follow their submission guidelines. I heard back from one really quickly – POW! Kids Books. The editor was Jordan Nielsen and I signed a contract with POW! not long after. Jordan was awesome to work with, and she let me be a part of the process, like choosing our super-talented illustrator Kelly Fry.

I was unagented when But I Don’t Eat Ants was published, but I’m now represented by the amazing Natascha Morris of BookEnds Literary. 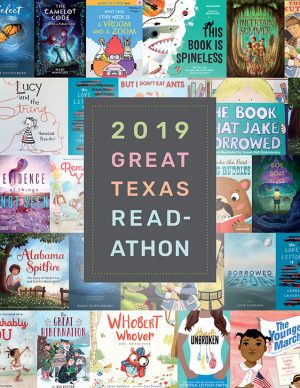 Jennifer Coleman was born in Scotland, and attended high school then college in Texas.

She studied Elementary Education at Angelo State University and earned a Master’s in Library Science from the University of North Texas.

Dan Marvin works in advertising as a writer and creative director. His education includes a B.A. from Michigan State University and comedy classes at The Second City in Chicago and Mark Ridley’s Comedy Castle in Detroit.

Dan lives in Austin with his wife Andrea, son Cooper, and daughter Audrey. Andrea and Audrey are picky eaters.

Dan and Cooper will try almost anything, but they don’t eat ants!

Jennifer and Dan’s books are both included in the Great Texas Readathon, an Austin SCBWI project promoting literacy.