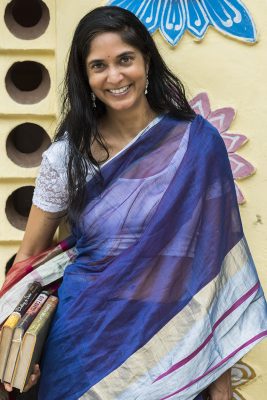 On the flight home after a recent conference, I read Cynthia Leitich Smith’s Hearts Unbroken (Candlewick, 2018). It struck a chord in part because, although I was elated that so many people had read advanced reader copies (ARCs) of my novel The Bridge Home (Nancy Paulsen Books, 2019) and loved it, I also realized I’d been suppressing a sense of hurt as a result of unintentional microaggressions I’d witnessed.

It was cathartic to see resonances in Hearts Unbroken.

I’m not going to go into the specifics. Suffice it to say no one wished to upset me. It’s the cumulative effect of such occurrences that weighs me down.

Then, at dinner, the night before I flew out, a speaker (straight, white, middle-aged Christian female, without a disability) shared with me the details of an incident that had left her feeling upset.

Apparently, two attendees (whom she described as an African-American male and a Muslim female) had pointed out that something she’d said had offended them, but that they felt too tired to explain what the problem was. I understand the speaker’s hurt feelings and her sense that here was a lost opportunity to engage in dialogue although she genuinely and sincerely wanted to be educated about what they felt she’d done wrong.

I also wholly and entirely empathize with the attendees’ fatigue.

As I thought about this incident, I came up with a few suggestions on how we, as a community of readers and writers, as learners and educators, might come together to foster a more inclusive environment:

If you’re in a situation in which you’ve hurt someone else’s feelings, don’t badger them with requests to provide a rationale for their feelings. Please accept and respect their choice not to explain (even if it frustrates you); and don’t take it personally.

And if you’re the one who’s hurt, don’t feel pressured to speak up or feel guilty if you don’t. Neither choice is wrong. Neither choice is the easy way out. One always pays a price when one speaks up; one always pays a price for remaining silent. The choices one makes are influenced by the time, place and circumstance in which one finds oneself. Be compassionate to yourself, regardless of the choice you make.

2. Listen if someone takes the time and energy to explain how they feel.

If someone says they found something you said or did offensive, don’t react defensively (or worse, dismissively). Try to open your heart and mind, so you can better understand this other human being.

You don’t necessarily have to agree with their opinions, but if you can listen attentively and wholeheartedly (without rushing to accept or reject), you might be able to sense where they’re coming from – and that will broaden your world and deepen your sensitivity.

3. Acknowledge that no matter who you are, you, too, will sometimes be in positions of privilege.

No matter what our backgrounds, no matter how mindful we might try to be, no matter how much compassion we strive to cultivate, we are all capable of saying and doing things that may wound someone else’s feelings.

In fact we probably all have behaved (and, unfortunately, again will behave) in ways that are discriminatory (even if we don’t mean for them to be).

That doesn’t mean we give up trying to do better or stop hoping we’ll stop making mistakes. It means we maintain the courage to continue, despite personal setbacks or public failures. It means we foster the ability to forgive (ourselves and others).

4. Work from within to create change.

My agent, Rob Weisbach, once remarked that he dislikes the term “politically correct” – and I agree. “Political correctness” suggests that one is speaking or acting in a certain way only to avoid conflict or censure. But ultimately, it’s not so much the words (whose connotations may change) as the intent behind them.

I’m not saying that good intentions are an excuse – but I am saying that it’s important to keep learning and growing, not because you’re scared of stepping on someone’s foot but because you honestly want to do your best to increase your awareness and make everyone you meet feel accepted.

Do your best to keep abreast of current developments. Do your best to remain sensitive to time and place. But most importantly, nurture your motivation to educate yourself so that it takes root within you (and it’s not dictated merely by outside forces).

At the conference I mentioned, I was mistaken five times for someone else. Four of the five people who recognized me (after they’d first mistaken my identity), actively avoided me later. Only one took the time to apologize. The others seemed so embarrassed they wanted to forget all about me, because my mere presence was a painful reminder of an error on their part that they wanted to gloss over.

Similarly, my names (first and last) have been misspelled numerous times, and it’s only a few times that people have bothered to say sorry. It’s not a big deal if they don’t, but it’s really nice when they do. 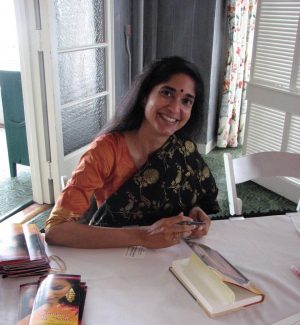 Padma Venkatraman is the author of four novels, which together garnered 12 starred reviews, and were included in over 50 shortlists, Climbing The Stairs (G.P. Putnam, 2008), Island’s End (G.P. Putnam, 2011), A Time to Dance (Nancy Paulsen, 2014) and her newest release, The Bridge Home.

In addition, her books have won several awards (such as the Paterson Prize, the South Asia Book Award, the Julia Ward Howe Award, and the ASTAL RI Book of the year award), and received many honors, including ALA notable, ALA BBYA, Booklist BBYA, Kirkus BBYA, NYPL Book for the Teen Age, Bank Street Best Book amd CCBC Notable.

She has spoken and provided workshops and keynote addresses at national and international conferences and festivals.