Initially, I planned to both write and illustrate children’s books. My first manuscript was acquired in the year 2000, but the publishers were not interested in my art. So I worked harder on my portfolio and spent more time going to illustrator workshops.

A few years later, I sold two more manuscripts, but neither of these publishers were interested in my art either. I was crushed, and more than that, I was very confused. I’d studied design and illustration in college and just couldn’t understand what was lacking.

It took me several years of absorbing information at conferences and pouring over published works to finally see the difference between a strong design and character development in Illustration that helps tell a story.

Okay, so I slowly improved, and when I sold my fifth book, do you think they were interested in my artwork? No. They were not. 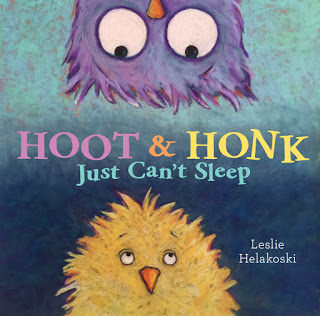 I considered letting go of my dream to illustrate and focusing on writing exclusively. But I couldn’t help myself, my next idea came with such fun images I painted a few samples and sent them off with the text,

When I got an offer from a major publisher for text only, I pushed against the fear that it would not get published and turned it down.

Eventually, it sold to a smaller publisher who was willing to have me do the artwork. It was literally a dream come true.

Since then, I’ve illustrated four of my 11 books, including the recent Hoot & Honk Just Can’t Sleep (Sterling, 2017).

I still take classes at a local art institute and still study artwork in books and in ads and in galleries. And I’m sort of glad that I didn’t illustrate those early books.

What on earth would they look like, and would I be proud?

My second book, Big Chickens, illustrated by Henry Kole (Dutton, 2008) came out with starred reviews and awards. I didn’t know enough to take advantage of it or understand the opportunity I’d been given. I didn’t have an agent at the time, though I’d already been a member of SCBWI for a few years.

Still, I didn’t know how to maximize on the good reviews. It was 2005, and social media was not in anyone’s publicity closet. Right on its heels came Woolbur, illustrated by Lee Harper (HarperCollins, 2008), also with stars, a brilliant endorsement on A Fuse #8 Production, and state book awards in a dozen states.

I visited schools when I was asked but didn’t really promote myself. I wish I’d taken time to attend national events like Book Expo and ALA back then. It didn’t occur to me.

I wish I had not been hesitant about talking to my editors and art directors and had asked more questions about publicity and marketing. Also, if I could, I’d take time to thank and recognize the people who wrote reviews and were on award committees

The field and body of literature are always evolving. For you, what have been the stand-out changes in the world of children’s writing, literature and publishing? What do you think of them and why? 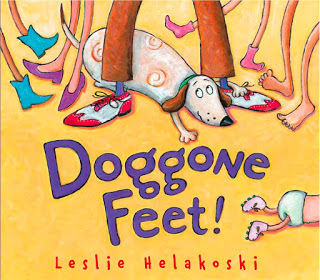 After ten years of selling books rather steadily, I hit a wall. Nothing I wrote was selling.

Maybe that was it for me. But I love kid’s books and I didn’t really think I was done telling tales.

I paid more attention to market research at conferences and did some in-depth research of my own by reading tons of recently published books.

The market was changing, editors were being let go, publishing houses were consolidating. It was looking like I would have to change, too, if I wanted to keep getting published.

Darn it. This was feeling suspiciously like work when what I wanted to do was write!

My early picture book manuscripts were over 600 words. Now, the picture book word count goal was under 400. Kids (and parents?) had short attention spans. Elementary kids were reading chapter books earlier, which also encouraged the picture book market to cater to younger kids. Teachers were looking for Common Core elements embedded in books. Nonfiction was zooming.

With all that in mind, I took a manuscript I’d written about two chicks, one nocturnal and one diurnal, in the wrong nests. I made the story into a compare-and-contrast tale, simplified the language, cut my word count in half and sold Hoot & Honk.

That didn’t solve all my problems, of course. I still have to push myself to do more than write what drifts through my head. Sometimes I have to work. 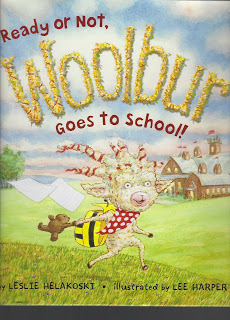 I recently pushed myself to write a long-awaited sequel to Woolbur. Ten years after the original, Ready or Not, Woolbur Goes to School (HarperCollins, 2018) comes to life. It tackles the fears associated with entering school and is shorter than the original.

My next book will release in 2019 and is another big change. Are Your Stars Like My Stars is about looking at the world differently and is not even a story, which has always been something I focus on.

What’s going on in the world today has made way for an array of books that encourage inclusiveness.

Times and publishing are always changing.

As always, I’m bewildered by some of the stories that are published. But sometimes those stories and the discomfort I feel about them and the world are the very things that push me to write in different ways.

What do I think of these changes? There are so many great choices for kids now. Many kids are ready for longer stories.

What bothers me is when I hear adults in a bookstore or library encouraging kids to put away whatever it was that captured their attention and asking them to read something with a higher word-count. Or something they can get tested on. Or I hear from older kids and teachers that kids do not get to read any fiction of their choice in class—or even reading in the summer.

I dislike seeing reading become a chore only with no reading for pleasure on the docket. I read young books long after I was capable of reading more complicated text. The art and the playful words and stories captured my imagination and let me read about a broad range of topics more quickly. (Speaking of short attention spans!) Finding joy while reading is what will create life-long readers.

You know how when you or a loved one is in the hospital, you are advised to ask lots of questions and be an advocate for yourself? It’s dangerous to blindly go along with everything the people in charge say, right? Same with your car mechanic. Same with publishing.

Ask lots of questions. Don’t be the quiet little author in the corner not making any waves or asking for too much. Ask for what you want.

And become an active part of your writing community as soon as possible. Fellow writers teach me and encourage me more than anyone else.

What do you wish for children’s writers (and readers), looking to the future?

I want kids to visit their libraries with the same anticipation and joy I felt as a child. I want them to count their stack of books again to see if they just might be able to add one more book before reaching the check out limit. And I wish for a world with writers brave enough to risk failing and try again.

I want to be on the New York Times Bestseller List of course. But mainly I hope to keep coming up with ideas that make kids laugh and think. 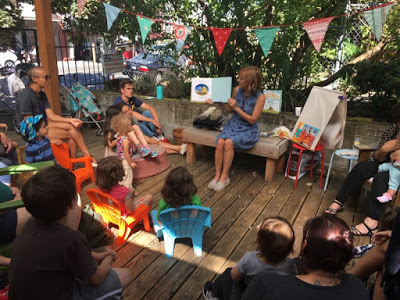