Submitting queries can sometimes feel like tossing a bottled message into the ocean: you’re not sure when or if you’ll get a reply.

Through social media authors now have additional avenues for connecting with publishing gatekeepers.

I recently interviewed upcoming debut Lindsay Leslie about how #PitMad figured into her success, and editor Charlotte Wenger shares her perspective on using social media to connect with creators.

While the annual Pitch Wars competition is limited to novels, #PitMad is open to picture books as well and if you’re vying to be noticed in this extremely competitive genre, you’ll want to read Lindsay Leslie’s inspiring story.


Lindsay, tell us about how you connected with your editor.

Lindsay: When I was in the query trenches, I was a big fan of all the various contests and pitch events on Twitter that seek to connect writers and illustrators with agents and editors. I felt it was a great way to get immediate feedback on my queries and concepts.

Back in March 2017, I decided to participate in #PitMad on Twitter, which is a huge pitch event covering all genres–everything and anything. I had participated in #PitMad a couple of times before and received no requests. I’ve always wondered whether picture books get lost in the scrolling madness of YA and adult novels. I’m glad I didn’t give up.

I pitched four of my picture book manuscripts, and I only got one “favorite” that day. But, it was the only one I needed. That favorite came from Kristen Nobles, children’s publisher with Page Street Kids. 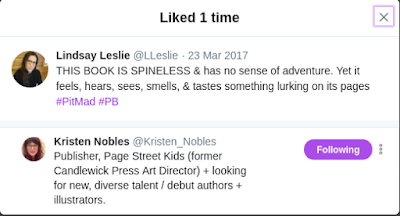 I reviewed my query letter and manuscript, and then sent it on with a fist bump and fingers crossed. And, I forgot about it. I seriously did. I was healing from a pretty serious illness at the time and am shocked I even had the wherewithal to participate in #PitMad.

So, when I received an email from Page Street associate editor Charlotte Wenger a month and some change later with a request to revise and resubmit, I was floored. Absolutely gobsmacked. I think my mouth just hung open for about two hours.

I worked with Charlotte back and forth for the next month and a half to see if I could shape This Book Is Spineless into a picture book Page Street Kids would want to publish. And it worked! I received an offer directly from Page Street.

Was this your first pitch event?

Lindsay: No, I had been participating in pitch events and contests starting in 2016. One of my first was #PBParty created by Michelle Hauck. I entered my chapter book and was selected as a finalist.

How long had you been querying at that point? (and was your first sale the book you’d been querying, or something new?)

Lindsay: I began querying around summer of 2016, so for about a year.

Funny enough, my first sale was not the book I had been pushing from the get-go. The first book I started pitching was the first of a chapter book series I had written. I have since shelved the series. I began pitching This Book Is Spineless in December 2016.

What came next after Page Street wanted to publish your book?

Lindsay: With an offer in hand, at first I was a bit unsure of what to do. I reached out to various friends and mentors in the Austin writing community and with SCBWI.

The first bit of advice was to reach out to the agents who currently had my queries in their in-boxes. I also received the contact information for a lawyer who is well-versed in literary contracts, just in case I was unable to secure representation. I received passes from all of the agents for various reasons and thought that I might be in this on my own. So, I contacted the lawyer who is also an author.

While speaking with her, she offered to refer me to her agency, Red Fox Literary.

First, I spoke with Karen Grencik, co-owner/agent of Red Fox Literary. She liked my writing and my ability to convey important learning material with a sense of humor, but she had a full slate of picture book authors.

She suggested I might be a great fit for her colleague Stephanie Fretwell-Hill, because of my interest in an editorial agent. I really needed to pinch myself at that moment.

Not only did I get a referral to Red Fox Literary, but then a referral from the co-owner to Stephanie, who I had on my wish list of agents.

I hadn’t queried Stephanie before, because she doesn’t accept unsolicited manuscripts. Now I had a solid in! I connected with Stephanie a few days later.

I was at a local barbecue joint having just finished a critique session with a group of my writer friends. We talked for an hour, and she offered representation at the end of our chat. After that, I wanted to shout, “The next round of brisket is on me!”

What tips do you have for writers thinking about Twitter pitches?

Oh, they are many.

For added perspective, I contacted Charlotte Wenger, an editor with Page Street Kids.


Tell us about Page Street and what appeals to you about Twitter pitching and/or manuscript contests?

Charlotte: At Page Street Kids, we do things a little differently. In addition to considering agented and unsolicited submissions, we also proactively seek out (and are always on the lookout for) creators whose work piques our interest and has a distinct story to tell.

We’re happy to work with debut and unagented talent. We approach artists/illustrators whose work has narrative appeal and inquire as to their interest in author-illustrating, which has led to us developing stories with them that we then acquire and publish.

So, in a similar way, we see Twitter pitch events as a way to connect with writers and reach out via a tweet “like” when we see an idea that interests us. (I’m not a fan of calling them “contests” because I don’t think writers should see them as a competition for who might get the most “likes.”)

We find that Twitter pitch events and social media hashtags are a great way to discover, encourage, and collaborate with up-and-coming talent. 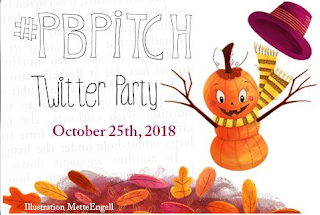 Charlotte: As of right now, we’ve acquired or are close to acquiring four projects through various Twitter pitch events—#PitMad, #PBpitch, and #Pit2Pub.

In terms of some sort of ratio, each editor probably “likes”/requests anywhere from 2 to 12 pitches during each event we participate in, and not everyone submits to us after a request.

(This is totally fine, and people should always do their research before submitting to a Twitter request from an agent or editor.)

Lindsay Leslie’s This Book Is Spineless was the first title we acquired from a Twitter pitch. So far, we’ve only signed authors (not author-illustrators or illustrators) from Twitter pitches, but that’s most likely because that’s who’s participating more in those events.

Artists/illustrators tend to be more on Instagram because it’s visually driven, whereas Twitter has more writers, which makes sense. Outside of pitch events, we’re often browsing social media for work that catches our eye and have reached out to people we’ve found via social media posts.

Are there particular story elements you consider essential for a successful pitch?

Charlotte: When the pitch gives me a sense of the story’s narrative voice, that’s fantastic. (That’s one of the aspects that Lindsay nailed in her Spineless pitch.)

I’m more drawn to character-driven stories than message-driven ones, so it’s great when a pitch can give me a glimpse into the main character; if it’s all about the story’s message, I’m less inclined to be interested because that’s typically not something that makes a story distinct. 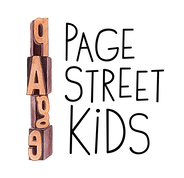 A successful pitch will also effectively communicate the story’s tone—be it funny, clever, or poignant. Overall, you want to highlight what makes your story unique and a standout from the flood of pitches we read during each event.

What would you most love to see in your inbox this fall?

Charlotte: Creators can always check out my Manuscript Wish List to get a sense of what piques my interest. I’d say I’m particularly interested in more humorous stories right now, since several of my recent acquisitions have been more serious (for lack of a better word).

I’m also looking for seasonal/holiday stories. I really enjoy fictional stories with facts/elements of nonfiction worked in, and I’m drawn to stories with endings that have a clever, unexpected twist or pack an emotional punch.


The next #PBPitch will take place on Oct. 25 from 8 a.m to 8 p.m., EST. Check out the rules and hashtag abbreviations here. 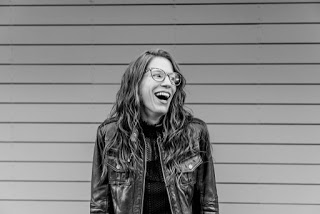 A diary keeper, a journal writer, a journalism major, a public relations executive—Lindsay Leslie has always operated in a world of written words.

When she became a mom and began to tell her kids bedtime stories, Lindsay connected the dots to children’s literature.

She likes to bring her unique outlook on life, quirky humor, and play with words to the page in picture books.