Although I’ve been writing since third grade, I didn’t publish my first novel until I was over fifty years old. Since then, I’ve published a book a year.

On the upside, finding success later in life means there’s less time to be a has-been. On the downside, I work with the knowledge that I will never live long enough to write all of the books that are in me. That fiendish whisper keeps me in my chair day after day. Countering that is the voice that says, Never let go of a book until it is the best it can be. The culmination of limited time and high standards can be exhaustion. At least now I have the good fortune to be able to write full-time.

Writing series books is both a blessing and a curse. It allows the space in which to tell big, many-layered stories with an ensemble cast. Real life isn’t a straight-forward, linear business, and neither are some stories. Once a reader gets on board, they are with you for the journey. 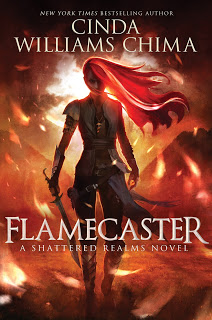 On the other hand, readers engage with the characters in a series, and don’t want to let go of them at the end. Whenever I begin a new series, it causes trauma and drama, especially if I happen to, say, kill off a beloved character.

Even though it’s still fantasy, my publisher is nervous, wondering if readers will follow.

Some readers are all, I just got comfortable in Ohio, and now I have to deal with a whole new world, thieves’ slang, names with apostrophes, and so on?

I never thought I’d be saying, “I know it’s not Ohio, but give it a chance!”

So each new series takes a while to gain traction. 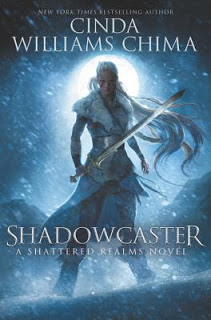 I would be a fabulously successful writer at a much younger age. Seriously, I can’t say I should have started writing sooner. Third grade seems soon enough, and I started daydreaming even earlier than that.

It’s just that it never really occurred to me that I could make a living as a writer. I had nothing to go on. In a lifetime of reading, I never met an author until I was an author.

It wasn’t as if I frittered away the time between seven and fifty, either. I worked my way through college three different times, in fields unrelated to writing, if such a thing exists.

I worked in advertising sales and copy editing, as a dietitian, a department head, a college professor. I never stopped writing–feature articles, personal essays, scientific papers—but little to no fiction, which was my first love.

I married, and birthed two sons, and raised them to love books.

I like to believe that living life makes you a better writer. Maybe so, but if I had to do it over again, I would focus on fiction sooner, and I would take more chances. I would have ignored some advice, and listened to some that I ignored. The problem is, at the time, you can never tell which is which.

For me, the most important positive change is the growing inclusion of diverse voices among creators and in story.

Rules are being broken, and boundaries falling when it comes to the kinds of stories that can be told.

When I began writing The Warrior Heir (Hyperion, 2006), I intended it for teens, but I kept stumbling over “rules” for YA lit that I was breaking.

I finally decided to write the story that was in me and see where it fit. My agent shopped it to both YA and adult publishers, and it sold to Hyperion as YA.

I absolutely love writing for the teen audience, but I was frustrated by the condescension shown about what teens can “handle” on the page. Many teens are unprotected and unsheltered in real life, so why shelter them on the page? 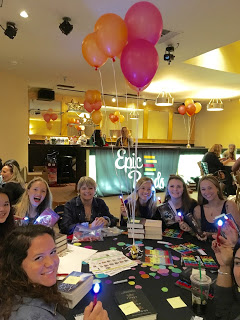 This: The most important thing you can do for your writing career is to write the very best book you can. The best social media campaign ever won’t make a bad book a bestseller.

If you have to choose, spend the time on the writing.

I’m hoping that the gatekeepers who keep needed books from the marketplace and out of the hands of the readers who need them find something else to do.

One thought on “Career Achievers: Cinda Williams Chima on Thriving as a Long-Time, Actively Publishing YA Author”