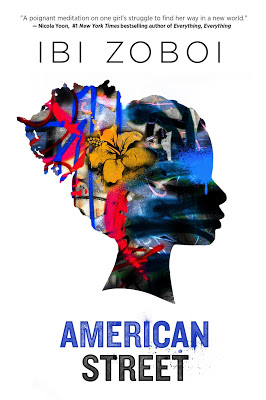 “When Ibi Zoboi’s family moved from Haiti to Bushwick, Brooklyn, they found that the change wasn’t as positive as they’d hoped. ‘Sometimes if we’re trying to leave somewhere broken, we’re moving into somewhere that’s even more broken,’ Zoboi says.”

“For a long time there was this myth in publishing that black kids don’t read, and THUG (The Hate You Give, HarperCollins, 2017) along with other great books has proven that to be a lie. Black kids will read if you give them something they connect with, and other kids will even read about them.”

Getting at the Truth with Chris Harris by Julie Danielson from Kirkus Reviews. Peek:

“Before Lane signed on, I’d had this idea that the writer and the illustrator could have an antagonistic relationship throughout the book. But Lane was the one who really seized on that idea, almost as if he’d been waiting for an excuse to say, ‘Sure Chris, yeah, let’s pretend we don’t like each other!’”

Traveling Through Time, Facing the Past: An Interview with YA Author Katherine Locke by Lyn Miller-Lachmann from The Pirate Tree. Peek:

“By adding magic and fantasy, and using that as a lens, almost like using eclipse glasses to look at a solar eclipse without hurting oneself, I hope to make tough, complicated parts of history more accessible for today’s teenagers.” 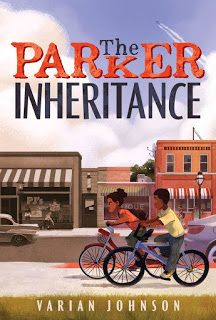 “Systemic racism in American history and its ongoing effects are explored thoughtfully through the lens of tween characters” in The Parker Inheritance by Varian Johnson, (Arthur A. Levine, March 2018) and Betty Before X by Ilyasah Shabazz with Renée Watson (Farrar, Straus, Giroux Jan. 2018).

“Luckily, the Book Riot community reads a ton of LGBTQ+ lit, so this post is to gather up our favourite queer books published in 2017, all in one place.”

“I wished these images [of natural hair] were around when I was younger, and I wanted to take this celebration of natural hair and put it into a story for little girls out there that were struggling with loving their hair, like I had as a child.”

“In 2017, we’re riding the fourth wave of feminism in all its commercialized glory. It’s about time to highlight some third wave-influenced intersectional fairy tales now that the third wave feminists are all grown-up.” 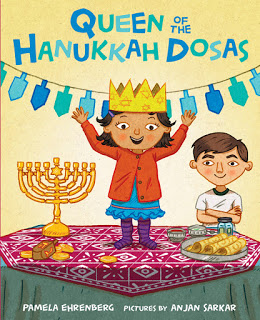 “If you’re looking for latke literature, there’s no shortage, from board books introducing the basics of Hanukkah to more complex stories. Here are some recent picture-book additions to the Hanukkanon.”


Based On a True Story: 4 Advantages to Fictionalizing the Truth by Jess Zafarris from Writer’s Digest. Peek:

“My decision to write a novel versus a memoir was based on four advantages I saw in fiction over truth:”

Dying to Know, Afraid to Find Out: Building Tension in Fiction by Lynne Griffin from Writer Unboxed. Peek:

How Important Is the First Draft to Your Novel by Sandra Scofield from Lit Hub. Peek:

“However much you think you know your story, however much you love it, allow yourself the freedom of discovery. Think of yourself as solving a mystery. What if? Why?  Be wary of judging your work too soon.”

How to Set (and Achieve) Your Creative Goals by Dan Blank from We Grow Media. Peek:

“Stop trying to do more, and instead, focus your energy and time on what matters most. This is a mindset shift that states ‘doing more’ is not the badge of honor; doing only what matters most is.”


Why Write? from Carrie Jones. Peek:

“When you craft stories to express what you see and you experience in the world …you are taking a massive amount of observation and imagination and creating something with meaning… it’s a meaning that should resonate not just with you but with the rest of humanity.” See also, Write. Submit. Support for Novelists from The Writing Barn. 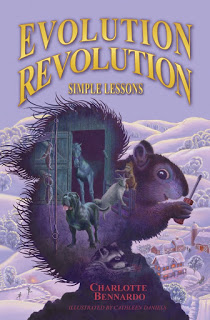 Teacher, Teacher! Where’s Your Resource Guide by Charlotte Bennardo from Smack Dab in the Middle. Peek:

“You might have a great book, but it got passed over and you didn’t even know it. What teachers probably chose is another good book–that has a great Educator’s Resource Guide.”

“I’m dying to find a funny young adult or middle-grade novel. Comedic writing is a challenge to pull-off and a rare find. I’d be on cloud nine to receive a manuscript big on laughs while also serving up a story full of heart.”

The Power of a Writing Group for Publishing Success by Sharon Bially from Writer Unboxed. Peek:

“Approach your writer’s group with the same level of commitment you’d give to any other serious, long-term endeavor such as grad school, or a job.”

A Book Launch Plan for First-Time Authors Without an Online Presence by Jane Friedman from her blog. Peek:

“While it’s not easy to launch a book without any kind of online presence, many first-time authors are in exactly that position…I recommend authors who are starting from ‘online zero’ to look at their strengths and opportunities that exist outside of their own newly started (or nonexistent) website, blog, or social media.”

See also 2017 Publishing Headlines from Jane Friedman, 2017 Trends in Publishing, People of Color in Publishing: Striving for More Industry Diversity, and The Next Wave of Children’s Bookstores from Publishers Weekly.

Ah, it’s been the quietest and most productive of weeks.

Teaching one-on-one is heartening. Intellectually and emotionally challenging. And poring insights and enthusiasm into the upcoming writers is one way that I can both pay back my own teachers and honor my commitment to talented individuals and the community.

Next, I’ll work on updating the resource bibliographies on my author site. It’s not splashy stuff, but rather the day-to-day work that makes all that–the residencies, books and author events possible.

I’m reminded that living my dream is a priviledge, a joy, but it’s also a job and that’s okay. It’s real.

“It’s about numbers more so than attitudes, opportunities or equity. It may or may not consider injustice throughout the system that includes bookstores, publishers, reviewers, educators and librarians. Using ‘diversity’, rather than ‘decolonization’ as a call has led to the sales and marketing of representation rather than the systematic changes that are long overdue.”