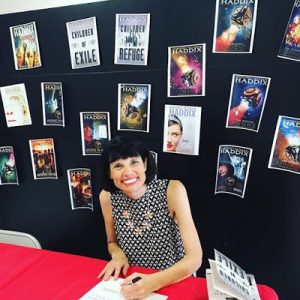 Oh, I did so many things wrong!

A lot of my struggles in the beginning were just about having the confidence to think that it was possible to be published.

And I was so green and stupid and ignorant, starting out. I think I expected everything to be easier after that—because then I would know what I was doing. And I certainly do know more than I did back then, but every book is like starting over, with its own challenges and struggles. And its own opportunities.

I think one thing that helped me was that I had worked as a newspaper reporter and copy editor before writing my first book. That forced me to learn how to write (and edit) consistently and on deadline, and to have a thicker skin about people criticizing my work. (I’m not sure I ever developed a thick enough skin for journalism, but it gave me some perspective and definitely helped in the kinder world of children’s publishing.)

I was also very, very fortunate in many ways with things that weren’t exactly under my control. I worked hard (counting books that aren’t out yet, I’ve written 43 books in 26 years) but it was what I wanted to do. Some people want to be writers so they can say they’ve written a book, and some people want to be writers because they like to write, and I was lucky/blessed that it’s almost always been the writing itself that I’ve enjoyed most. 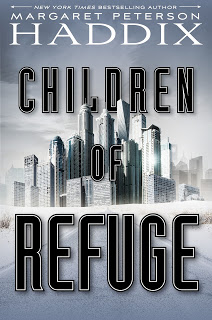 That’s not to say that there haven’t been plenty of days when I think all my ideas are stupid and I delete more than I write and I question whether I even know English and I wonder why I didn’t go into an easier field, or at least one where I could know for sure if I was doing things right, instead of endlessly flipping back and forth between multiple choices. (Should it be “and” here, or “but”? Or maybe “so”? Arrrgggghhhh!)

But overall, I am still just having fun. And I was lucky that my books (overall—not every single one) did well enough that I could just keep writing.

I was lucky that the agents and editors who pushed my career along were a lot savvier than I ever was about a lot of publishing issues. (The credit here goes mostly to Tracey Adams at Adams Literary and David Gale at Simon & Schuster, both of whom I’ve worked with the longest.)

I was lucky that I’d grown up on a farm, and seen my father manage being self-employed with all its ups and downs and everything that’s good and bad about being your own boss, and so I had a good role model for that. (That farm background was also good because, no matter how much I can tie my brain into knots agonizing over some writing problem, this is still a much, much easier and more pleasant job than shoveling manure or many of the other chores I did as a kid.) 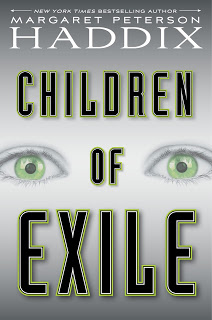 It’s tempting to say yes, of course if I could go back, I would learn from my mistakes and do better the second time around. But there’s that lesson of time travel (which I’ve thought about a lot, having written an eight-book time-travel series): if you eliminate a problem, you might also eliminate all the good results.

I’d like to say that I would be less stressed and obsessive, but I’m not sure I can stop being that way going forward with my career, let alone going back. I think it’s a basic personality trait for me, and being stressed and anxious and slightly obsessive pushed me through the difficult parts of just about every single one of my books. There were a few years that were crazy because I’d over-committed and agreed to too many tight book deadlines, along with too much book-related travel, and it would have been wise not to have done that. But I’m not sure which book I would want to have not written.

I do wish I had not been so intimidated and shy the first, oh, let’s say ten to fifteen years of my writing career. I think I missed out on the opportunity to get to know a lot of interesting, thoughtful people in the publishing world back then, as well as a lot of wonderful educators, librarians, booksellers, and other authors.

The biggest changes are because of the internet and social media, and now the ever-presence of smartphones. Like most technological advances, those are all mixed blessings.

In the early years, even when I was writing a book under contract, most of the time it felt like I was just playing around with my ideas on my own, in total isolation. And then I would go to a school or library or bookstore or conference, and it was always a little stunning to me: Wait, these people know my characters, too? And… they like them? Amazing! 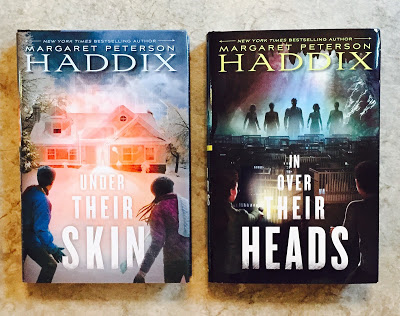 In many ways it is wonderful now to be able to interact with readers (and others in the publishing world) over social media, and to get feedback on a regular basis. It’s not so wonderful when the feedback is negative or outright vitriolic (or abusive). I’ve read articles about how damaging it is to kids and teens to have so much of their self-esteem tied to an online world and the Pavlovian effect of seeking likes on social media. Adults should be able to keep perspective better, but I’m not sure it’s healthy for any of us.

If nothing else, social media and constant connectedness take a lot of time and energy. And among my other worries about society and the future, I worry that we’re all going to be reduced to having the attention spans of gnats, which of course would be terrible for the future of books.

The other big change recently is the emphasis on diversity in children’s books and the children’s book world, and I applaud the opportunity for everyone to learn more about one another, and for kids from a variety of backgrounds to see themselves more in books. And for authors who would have been automatically discriminated against in the past to get more attention.

I know we are a long, long way from an ideal situation, but I want to believe we are making progress. I am trying to listen and learn and read more widely myself.

That’s a little mind-blowing to contemplate. I think, though, that I’d give the same advice for a first book or a fortieth, or for any career in general. Do your best with what you can control, and let go of what you can’t.

Of course you want your book to succeed, but understand that timing and luck can play a huge role; sometimes good books fail, and sometimes mediocre books succeed. 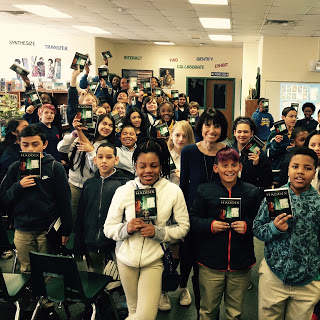 Be glad if you have friends and family members who don’t know or care anything about your book, except for knowing and caring about you.

And have I managed to follow all that advice myself? Sometimes. Not always.

I could do better. I have managed to follow another part of the advice I’d give, which is to then focus on writing the next book.

This is a selfish wish, because I am a reader, too: I wish to see a lot more great books from other writers! And beyond that, I would wish for every kid to find at least one book (and hopefully many, many, many books) that speaks directly to him or her.

I am still figuring that out!