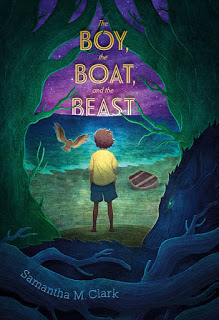 The Boy, the Boat, and the Beast by Samantha M. Clark from Watch. Connect. Read by Mr. Schu. Peek:

“Reading is how we learn, explore, experience, escape. When I was little, I moved around a lot….And with each move, I became a little more quiet and shy. But with stories in books, I could be anyone in any place. My world got so much bigger…”

A Conversation with YA Author Francisco X. Stork from Latinxs in Kid Lit. Peek:

“Creativity is everywhere. It’s a giant river with tributaries leading off in countless, fascinating directions: for instance, I’ve always written poetry, just not necessarily for publication. I usually write a poem as an emotional touchstone for every chapter in my novels—it’s another form of free writing.” 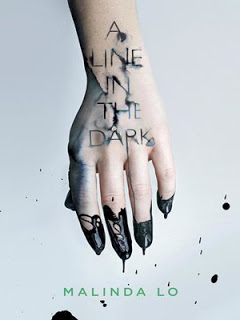 “But in a slasher, plot always comes first. There was no getting around that. So this was the first time that I had to outline the entire story, chapter by chapter, before writing a single word.”

Looking Back: Musings On Diversity and Identity In Hispanic and Latin American Children’s Literature by Alma Flor Ada from We Need Diverse Books. Peek: “When My Name is María Isabel (Atheneum) was published in 1993 I was delighted to see that many school…recognized that the significance that students’ names, whichever their origin, be respected…I had hoped (it) would be read as something that happened in the past, not currently. Unfortunately, this is not the case.”

Top 10 Signs of Hope for Own Voice Poetry by Margarita Engle from Nerdy Book Club. Peek: “Statistics from the Cooperative Center for Children’s Books are still dismal, but even though the quantity of diverse books has not increased much, the quality is exquisite. Pending debuts, such as The Poet X by Elizabeth Azevedo, are breathtaking.”

5 of the Best Children’s Books About Disabilities by Jaime Herndon from BookRiot. Peek: “Did you know that more than 12% of the U.S. population has a disability? While its not always easy to explain disability to children, books have a way of illustrating what really matters, and bringing it to their level.”

What Interiority Is and Why It Matters by Mary Kole from Kid Lit. Peek: “I define the term ‘interiority’ as a character’s thoughts, feelings, and reactions and how we access them, whether it’s in first person or third, a picture book or a YA novel. It is any moment when you dive into your character’s head to add context, meaning, humor, or emotion to a situation.” 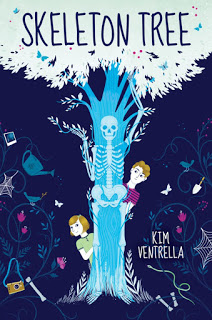 Three Tips for NaNoWriMo by Kim Ventrella from Middle Grade Minded.  Peek: “Don’t be discouraged by the crappiness of your writing. It happens to everyone all the time, even writers who have already sold books. NaNo is about getting that first (or fifth) novel under your belt.”

Describing Your Character: How To Make Each Detail Count by Angela Ackerman from Writers Helping Writers. Peek: “Readers need a way to connect with characters and the story. But like everything else with writing craft, it’s all in the how. If we don’t choose details with care, we will miss an opportunity to draw readers deeper into the story, and our writing can come across as bland or boring.”

10 Rules for Book Editors by Jonathan Karp from Publishers Weekly. Peek: “Whether the work is fiction or nonfiction, readers respect authors who deeply understand their subject. It’s apparent when a writer is in command, and this command is the surest justification for asking readers to devote hours of their time to a book.”

Using Dysfunctional Behavior to Reveal Characters’ Emotional Wounds, by Angela Ackerman from Jane Friedman. Peek: “Showing the impact of the past on a character’s psyche is best done through action because after a wounding event, behavior changes—sometimes drastically.”

Chasing Dreams, Literary Magazines, and Why Not Now? by Nova Ren Suma from Distraction No. 99. Peek: “…I discovered something: We don’t have to be helpless, especially when we work together and put our hearts into it….So I did three things: I removed my social media from my phone, logged out, and will not have to log in to those accounts until winter except if/when there is news to share.”

7 Questions For: Literary Agent Jennifer March Soloway by Robert Kent from Middle Grade Ninja. Peek:  “Writing stories is all about asking questions and solving problems—for better or worse—and there are so many directions a story can go. If something isn’t working, think about the other possible outcomes.”

When Your Publisher Closes Their Door by Amie Borst from From the Mixed-Up Files of Middle-Grade Authors. Peek: “The point is, even though things got rough, you didn’t give up. You explored your options. And you made the choice that was right for you. And only you get to decide how to measure your success.” 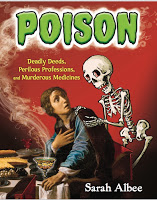 
This week, I’m especially thrilled to welcome Robin Galbraith as the newest Cynsations intern. Meanwhile, Gayleen Rabakukk will continue on as an author intern, too.

“Writing wasn’t just for me; it showed my kids that women have dreams, too. I took writing classes and joined several critique groups. As my kids grew up, I carved out more time to write and encouraged my children to write their own stories.” 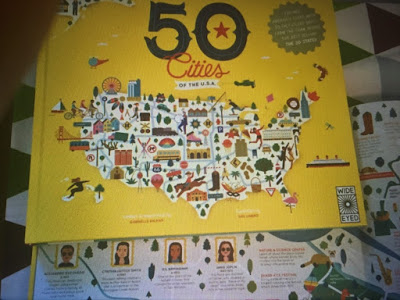 Wow! It’s an honor to be highlighted (that’s me, second from the left) on the double-page spread celebrating Austin in 50 Cities of the U.S.A. by Gabrielle Balkin, illustrated by Sol Linero (Wide Eyed Editions, 2017).

Congratulations to Laney Nielson on the release of Peppermint Cocoa Crushes (Sky Pony, 2017)! Laney was the 2014 recipient of the Cynthia Leitich Smith Mentor Award from Austin SCBWI.

Congrats to Dr. Sylvia Vardell, recipient of the Alida Cutts Lifetime Membership Award, USBBY-IBBBY in recognition of her many acommplishments in connecting young readers (and their champions) to poetry. See a video interview with Sylvia from Reading Rockets.


On Sunday I was thrilled to help Rebekah Manley celebrate the second anniversary of her blog, Brave Tutu. It’s mission is to “Take courage in delight. Discover power in small moments.”

We’re all on this miraculous journey of life together and sometimes changing our plans brings rewards we never even considered. 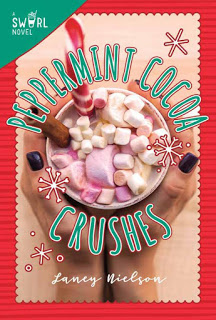