When my stepdad finished reading my debut novel, Trouble in the Trees (Orca Book Publishers, 2011), he told me he enjoyed learning about my childhood.

(He also proudly proclaimed to have read it in two straight hours – a compliment that missed the mark since it had taken me over a year to write the book – but that’s a different post.)

The main character is nothing like me, I protested, easily dismissing the idea because he’d met me in my thirties. 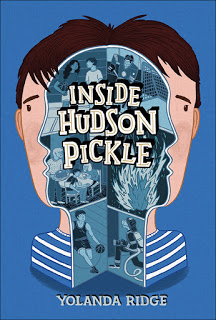 But when I started writing my new release, Inside Hudson Pickle (Kids Can Press, Sept. 5, 2017), I realized he was more right than I’d wanted to admit.

Telling a story from the perspective of a twelve-year-old girl (who may not be me, exactly, but definitely the person I wanted to be when I was that age) was so much easier than trying to get inside the head of a thirteen-year-old boy.

In the early drafts of Inside Hudson Pickle, I focused on plot, drawing on my previous career as a genetic counselor to portray a family dealing with Alpha-1, a genetic disorder that increases the risk of liver and lung disease.

I chose basketball as Hudson’s sport (because I’ve actually played it) rather than hockey (because I’ve only watched it). I did research to fill the gaps in my knowledge on asthma and house fires.

But when it came to character development, web searches didn’t cut it. I didn’t grow up with brothers and though I do have two sons, they were too young to provide insight on puberty.

What was it like for a young athlete to go through a growth spurt? How do boys deal with voice changes?

I turned to my male critique partners for help. He’d be angrier, one suggested. You haven’t captured his growing pains, said another.

I went back and tried to fold these things into the manuscript. But it was like mixing oil with water. 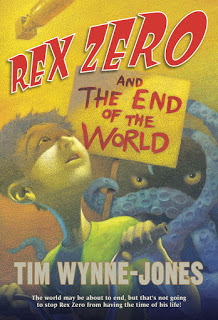 Giving the manuscript some time to rest, I read middle grade adventure books – a few of my favorites are The Boundless by Kenneth Oppel (Simon & Schuster, 2014), the Rex Zero series by Tim Wynne-Jones (Farrar Straus Giroux) and Orbiting Jupiter by Gary Schmidt (Clarion, 2015).

I watched family sitcoms. I listened to music recommended by my friend’s sons. I eavesdropped on conversations in the library, on the bus, at the skateboard park.

Returning to the manuscript, I peppered it with “boyness.” But in the end I had to admit: Hudson was still a lot like me.

In talking to other writers I now understand that we all incorporate bits of ourselves into our characters.

I could give Hudson large doses of testosterone and his heart would essentially remain the same. Emotional reactions aren’t dictated by sex or age or skin color. Everyone is more complex than that, including our characters (if we’re doing it right).

I hope what I’ve captured in Inside Hudson Pickle is how one person might cope with the turmoil of health issues, family secrets, changing friendships and the simple desire to make a school basketball team.

Sure, Hudson’s big feet get in the way at times. But overall, his experience is not male; it’s human.
Cynsational Notes

Inside Hudson Pickle is a Junior Library Guild Selection and School Library Journal said, “fans of novels about sports and family drama, such as Kwame Alexander‘s The Crossover (Houghton Mifflin Harcourt, 2014), will appreciate this realistic tale.”

Yolanda Ridge is the author of three middle grade novels. With a master’s degree in science and ten years of experience working as a genetic counselor, she’s adept at making complex concepts understandable — a skill she uses when crafting middle-grade novels, teaching and author visits.

She lives in the mountains of British Columbia in a log house brimming with boys, including one husband, two twin sons, one dog and one cat.