titles. I interviewed founder Gauri Manglik about their unique niche, how the business got started and their Counter Islamophobia Through Stories campaign.

KitaabWorld is a great resource for finding children’s books with South Asian connections. Tell us more about how it got started.

Like many new ventures, it all started with a personal problem.
As our own children were growing up, we started to see the struggle in trying to raise them with an understanding and sense of rootedness in Indian culture, while they were growing up in America. We looked around libraries and bookstores and barely found any books, toys and games to expose our kids to Indian culture.
I recall once I was at our local public library, and we were thrilled to see a book called Hot Hot Roti for Dadaji by F. Zia, illustrated by Ken Min (Lee & Low, 2011). We eat rotis (an unleavened flatbread similar to wheat tortillas), and my son was thrilled to see a book which talked about something so familiar – hot rotis! 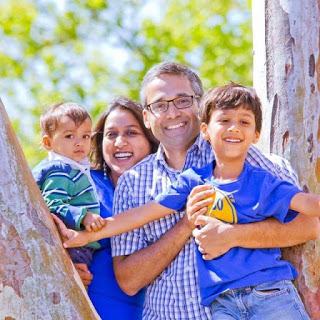 Another time we were visiting India, and my then four-year-old would keep comparing his life in the U.S. with the world he saw in India. He said, “In the U.S., there are stop signs, but in India, there are none. In the U.S., cars go really fast on freeways, but in India, they don’t go as fast.” We came back and again, after much searching, found Same Same But Different by Jenny Sue Kostecki-Shaw (Henry Holt, 2011) – it provided many of these comparisons with lovely visuals and conveyed a beautiful message!
Around the same time, I was a corporate lawyer advising startups every day who were working on “the next big thing” – often when I asked my clients how did you think of this idea – they would say, “At my previous company, I noticed this problem and I realized I could solve it, so I decided to quit and start my own company.”
These cumulative experiences inspired me to do something to solve my own problem – I had a few ideas on how I could do it, so decided to take the leap!
How did you come up with the name? Does it have a special meaning?

It took a while for us to land on the name – we wanted it to appeal to the most, if not all, of the South Asian diaspora, but yet be something that was relevant and interesting to the mainstream audience.

The word kitaab means book in many languages – Arabic, Urdu, Hindi, Punjabi, Persian, Nepalese to name just a few. Other languages have similar words – see kitap (Turkish), kitabu (Swahili) and katav (Hebrew). We wanted to create a gateway into a world of diverse children’s books, so “KitaabWorld” felt ideal.

How long did it take to get up and running? What were the challenges?

It took us about three long months to get up and running – from incorporation of our LLC to getting the website designed and ready to go.

We were new to the bookselling game, but knew we wanted to curate a strong collection, so it was lot of research to find the right books, and set up distribution channels, especially for books from South Asia.  We’re still learning the tricks of the trade but it’s been fun.
My years of experience negotiating corporate deals definitely has come in handy! Marketing is always a challenge for a start-up, but we were pleasantly surprised with a lot of traffic and customers we acquired through word of mouth.
Also, in the mainstream conversations around diverse books and representation of diversity, we felt that South Asians were missing or very scattered. Right from the beginning, we knew we wanted to create easily accessible frameworks for parents, teacher and educators to include South Asian perspectives into their discussions on identity, race and representation – it felt like a gargantuan task in the beginning, but we’re proud now to see we’ve made good progress on this front.

For perspective, what is the South Asian publishing industry like? How many children’s publishers are you working with and approximately how many books are they producing each year?

The South Asian publishing industry has been very active, especially over the last decade. Most of the books are published in English, given that’s sort of the unifying language throughout South Asia, though we actively scour for bilingual or books in regional languages.

We sell books on Kitaabworld published by around 10 different publishers in South Asia right now, and are actively working with new ones to review and stock their books in the coming months. We don’t have exact data, but I am quite sure over a 1,000 books are being published every year in South Asia.

How did you and co-founder Sadaf meet?

Sadaf and I go back a long way – our husbands went to the same school and knew each other since kindergarten. We were good friends and would often meet up for playdates, coffees and mom’s night outs.

When I felt the urge to start Kitaabworld, I reached out to Sadaf to brainstorm ideas with her – she and I complement each other very well in our skill sets, and I felt she would be the perfect partner to work with on Kitaabworld. I was delighted when she agreed to work on it with me, and we’ve not looked back since!

Corporate lawyer to bookseller seems like a big leap. Were there events and experiences in your background that helped prepare you for this?

Indeed it is, but definitely a fun one! Reading children’s books seems so much more fun than those 100 page agreements in size 10 Times New Roman filled with legalese.

Having said that, I don’t think anything could have prepared me better for starting Kitaabworld than my many years of legal experience – well, I take that back – maybe some digital marketing experience would have been helpful!
I was always an avid reader, and so introducing my kids to books was a given. I saw the power of children’s books as I was raising my own son – through books, we were able to calm his stranger anxiety, teach him how to share, understand how life would change when his baby brother arrives, and so many other life lessons.
I realized how crucial books are for young children, and that convinced me even more to make the switch.

How do you promote your books or raise awareness about South Asian children’s literature? 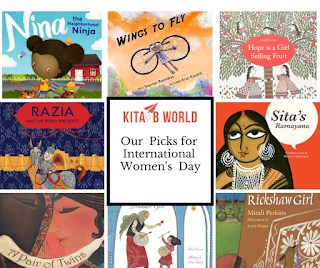 At Kitaabworld, we wanted to be able to bring South Asian characters, books, issues, authors and those interested in South Asia under one umbrella – or at least to one place. One way we spread awareness is through curated book lists. For example, we published a round-up of best of 2016 South Asian children’s literature, a round of books celebrating mothers for Mothers’ Day, or books on Buddhism.

Another way is through our curated book bundles, where we create topic-based book bundles such as Folktales of South Asia Book Bundle (for elementary schools) or our South Asian Book Award book bundles sorted out age-wise. These bundles help discovery of books that a prospective customer may not know exist on our website.

Tell us about the Counter Islamophobia Through Stories Campaign. What inspired it, how did you implement it, and what response have you had?

Like most of us, Sadaf and I were closely watching the political environment while working on Kitaabworld. When the Republican government won, we were really stunned – we did not realize the extent of divisiveness in the country.

We wondered what we could do as a children’s bookstore to contribute – we decided we could play a key role in changing perspectives of young children and ensuring they were more open and receptive to people who were unlike them.
We felt that a key element missing from children’s literary landscape was positive representations of Muslims, especially Muslim kids. Since we had actively sourced a number of books keeping just that parameter in mind, we wanted to create multiple access points for people to engage with stories on and about Muslims. This was the genesis of our Counter Islamophobia Through Stories campaign. 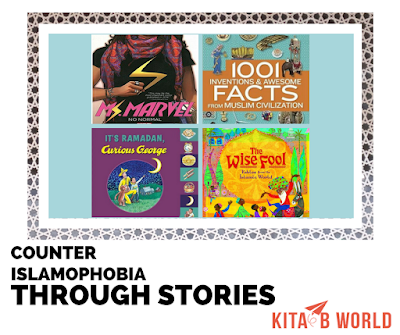 We decided to break it down into four curated booklists around four different themes: Muslim Kids as Heroes, Inspiring Muslim Leaders, Celebrating Islam and Folktales from Islamic Traditions.

We worked really hard at it – focused on the books we wanted to feature, the authors we wanted to interview, the stories we wanted to share. We brainstormed with some teachers and parents as to the best way to implement it.
The response has been truly overwhelming – we have sold many books, and are excited to see them reach so many children all over the US. We are grateful that we were able to make a difference, and so thankful for the support we have received from parents, teachers and the community.
We are now working with teachers and other community organisers to take the campaign offline through schools and into the hands of children. We hope that in our own small way, we can work together to plant the seeds of change. 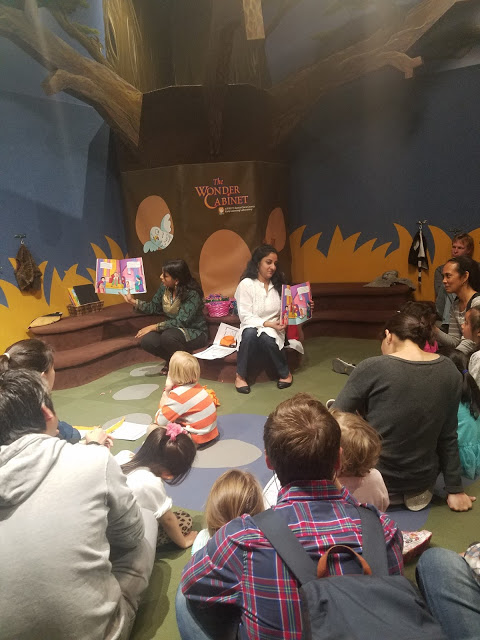