Confession: I have a terrible time with world-building. So, naturally, I consistently write fantasy, where world-building is critical.

In real life, I’m not very observant about the space around me. I notice people’s emotions, but not what they are eating or what they are wearing. But in writing, all those little details make a place come alive. And in a fantasy story, they are even more important because readers must trust you to be their guide through an unknown world.

My first book, Fairy Keeper (Curiosity Quills, 2016), and the sequels are set in the world of Aluvia, full of magical creatures and beasts. Through writing these books, I’ve learned a lot about how world-building works best for me.
When writing about a fantastical world, the phrase, “Write what you know” now has yet another meaning. One way to create new magical creatures is to extrapolate what you know from the real world and tweak it.

My fairies were inspired by bees and have a lot in common with them. My merfolk are bioluminescent like deep sea squid and jellyfish, and in book 3, dragons are awakening from a long hibernation like giant wild bears with wings (and flames.)

Originally, I had only considered fairies. But as I wrote about my fairy keeper character, soon I had merfolk and dragons and fauns…and had to decide details about each of them. It became apparent that while my world had magic, it was pretty broken. My magical creatures were less magical than many of their traditional representations. But I didn’t start off knowing that.
Essentially, world-building sneaked up on me.

Others writers build an encyclopedia of knowledge first. Google
“World-Building Tips” and you will receive an avalanche of questions to
answer.

How do people live here? What foods do they eat? What is their religion? Have there been wars? What economic system is used?

Here’s my secret: I hate those questions worse than a pop quiz in math. They almost hurt to ponder.

I don’t know most of the answers until they suddenly appear in my story. I’m not saying it’s the best way to do it. I do it because creating details about a new world does not come naturally to me. But when my character is walking from point A to B, as I’m writing, my mind fills things in, and it mostly works. Mostly.

There always comes the moment my husband reads it and says, “Hey, these parts don’t make sense.” And he’ll be right. So I change things.

The cost of this build-as-you-go approach means that I often end up with a draft full of contradictory information. There’s a lot of clean up involved. I’m sure it would be easier to build the world before writing anything. But for me, it’s exactly that little stuff that trips me up. Every. Single. Time.

The good news is that if I can create an imaginary world with consistent magic rules and an actual map inside the book, you can, too. Don’t let overwhelming questions stop you. Try writing some scenes and see where they take you.

Be patient, keep writing, and don’t be afraid to change things if you need to. Turn your woes to wow! After all, you are the master of your universe! Own it! Write it! And have fun with it! 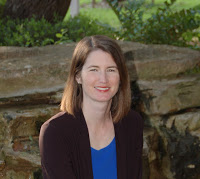 Amy Bearce writes stories for tweens and teens. She is a former reading teacher with a Masters in Library Science.

As an Army kid, she moved eight times before she was eighteen, so she feels especially fortunate to be married to her high school sweetheart. Together they’re raising two daughters and are currently living in Germany, though they still call Texas home.

A perfect day for Amy involves rain pattering on the windows, popcorn, and every member of her family curled up in one cozy room reading a good book. Her latest release is Mer-Charmer (Curiosity Quills, 2016). 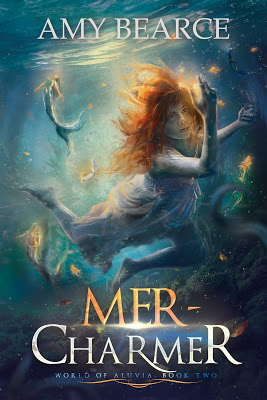 Fourteen-year-old Phoebe Quinn is surrounded by magic, but she can’t muster any of her own. Her sister is a fairy keeper. Her best friends are merfolk. And all she does is dishes and housework.

When Phoebe finds out a terrible sea creature is awakening that preys upon the gentle merfolk, she resolves to help them, even though it means risking her life deep in the ocean.

Beneath the waves, Phoebe learns she’s more like her sister than she realized. The merfolk are drawn to her, and she can sense the magic of the sea all around her. Magic is finally at her fingertips, but that’s precisely why the stirring dark power under the waters decides it wants her most of all.

Now she must not only help the peaceful merfolk escape this ancient enemy, she must master her out-of-control powers. If she fails, she will die, and darkness will rise to enslave the merfolk once more. But embracing her full power could cost her the very people she loves the most.