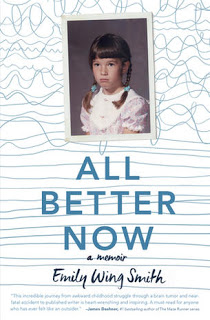 Author Emily Wing Smith Shares Her Feelings on Living with Living with Brain Injury by Hikari Loftus from the Deseret News. Peek: “Smith’s memoir, All Better Now (Dutton), takes readers into her life before the surgery, as a young girl perpetually in therapy, who spent much of her time angry and feeling separate, to life after the surgery, as an adult woman who had finally begun to understand how to accept and live a full life despite limitations.”

Author Ava Jae on Not Writing Latinx Characters from Latin@s in Kidlit. Peek: “I learned it wasn’t in my favor to reveal my ethnicity when applying for a job, I was reminded time and time again with Mexican jokes, with talk about those illegals, with the stereotype of the working class Latinx person stuck doing the dishes, or cleaning homes, or taking the jobs that no one else wanted, that there were really no advantages to saying, ‘Yes, I’m Latina.’ So I stopped saying it.”

CBC Panel Reviews 2015 Children’s Book Sales by Matia Burnett from Publishers Weekly. Peek: “When speaking to a parent about a child’s reluctance to read, Bruce often gently turns the focus back on the parent: ‘When was the last time you curled up with a book and didn’t do anything else in a place where your child could see you?’ she’ll ask.”

Diversity Within Diversity: Moving Beyond Oppression by Hannah Ehrlich from Lee & Low. Peek: “…too often diverse characters, when they appear at all, are merely a tool to teach about a particular problem – or they are the best friend, existing to validate the goodness of the white main character.” Contributors: Fatima Shaik, Cheryl Klein, Wade Hudson, Daniel José Older, Robie Harris, and Alvina Ling. 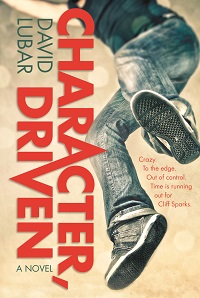 The winner of Wish Girl by Nikki Loftin (Razorbill) is Jen in Massachusetts.

This week I’m writing and grading. On the latter, my focus is on stories that are deeply rooted in personal experience and family history. So, it’s exciting but tender.

I’ve talked to a number of writers of late–especially Native writers and writers of color, writers with and reflecting mental illness and disabilities–who’re feeling discouraged by industry backlash.

Prioritize the writing, and remember that it’s all about Story and the kids. I know it’s hard, but those disheartening noises aren’t coming from them. They need you. 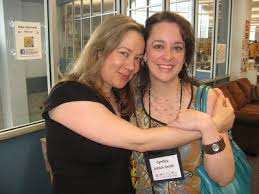 Thank you to children’s-YA author Jennifer Ziegler for her wonderful years of service as program director of The Writers’ League of Texas. Brava, Jenny, for a job well done!