Trina St. Jean is the first-time author of Blank (Orca, 2015). From the promotional copy:

All Jessica knows is what the Man and Woman in the hospital room tell her:


Thanks to a bison bull in a rage one Very Bad Day on the family ranch, she was in a coma for weeks.


The Man and Woman are her parents.


The rest of her life is a long blank that her damaged mind refuses to fill in for her. The doctors say that brain injury is to blame for the explosive temper she can’t control. What scares her most is the coldness she feels towards though she’s supposed to care about, including the Girl staring back at her from the mirror.


When the doctors say they can’t do anything more for her, it’s time for her to go home and rebuild her shattered life. But no matter how hard she tries, she can’t be the old Jessica that everyone misses so much. And the memories of who she used to be, and what exactly happened on that Very Bad Day, stay stubbornly hidden in the shadows of her mind. Everything she does ends in disaster: returning to school, trying to reconnect with friends, struggling to fit into a world where she no longer belongs.


Just when Jessica is losing hope that things will ever be normal, a new friend offers an alternative to staying in her old life.

Jessica must confront the reality of what it means to truly leave the past behind.

Before I describe the long (years!) process of revision I went through with my YA novel Blank, I should tell you a little about the approach I took when writing it.

One word sumps it up: random.

Essentially, I wrote little snippets of scenes, in no particular order, whenever they came to me, with no thought to plot development or story arcs or any kind of structure.

A few years later, when I had hundreds of pages of these snapshots, I entered into an exhausting, extended wrestling match in which I tried to force those scenes into some kind of logical order.

During this wrestling match, which I often felt I was losing, I berated myself: why, why, why had I done this to myself? Once I had it in an order that made sense, I spent another stretch of years trying to make the prose tighter, develop characters more fully and tweak subplots.

I should mention, though, that there were many distractions during this process. Specifically, two cute little distractions with diapers and chubby cheeks. 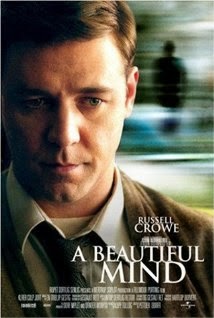 Some strategies I used for revision had me feeling a bit like Russell Crowe’s character in the movie “A Beautiful Mind.” One spring break from my day teaching job, I sent my daughters (now well out of diapers) to visit Grandma and Grandpa’s farm and I covered the living room wall in sticky notes representing scenes, playing around with the plot. I created giant mind maps using a wonderful free program, called MindNode, to visualize the connections between themes and characters and symbols. I’m also a huge fan of Scrivener, a writing software made for Macs with a nice cork board you can move scene cards around on.

Once I had the novel structure down, I hid myself away in my bedroom, door locked, and read the manuscript aloud and recorded myself. Then I hid away again and played it back, pausing and replaying and fixing more things. On the next round, I printed the manuscript off in a different font to trick my mind into seeing it with “fresh” eyes and read through it again, and then again.

All of these things eventually got me to the place where I felt Blank was the best I could make it.

As long and arduous as revision was, I learned a lot about writing, about structure, about polishing and cutting and getting to the heart of a character. And maybe the biggest lesson of all: For my next novel, I will avoid the random approach to novel writing, taking the time to think at least a little about the “big picture.” Hopefully this will shave a few years off the process.

Once the novel was accepted, I used my editor’s comments to do one overall revision, with some plot changes and enhancement to character motivation, then several revisions for smaller details like language choice and dealing with inconsistencies.

I remember the moment on my final go through, while gazing out at the water on vacation on a houseboat, when it hit me that people were actually going to read this thing I had been obsessing over all these years (or hopefully, at least).

Panic set in. I think I could have gone on editing forever, but luckily, I had a deadline to put a stop to my fanaticism.

How did I feel during the stages of revision?

There were times when I was extremely frustrated, especially when nailing down the plot. I am an indecisive person – I can change my mind several times just picking yogurt at the grocery store – so the limitless number of choices when writing can be overwhelming.

I went for long, brooding walks. I talked to myself. I scribbled endless notes on scraps of paper, and talked through ideas with my husband and my daughters.

During other parts of editing, I felt more exhilarated, especially when polishing the language. There were fewer decisions to make, but it was easy to see the immediate result of changes.

Overall, the journey of novel revision was challenging beyond anything I could have imagined but also extremely rewarding and satisfying. I survived the wrestling match, and developed some muscles and better techniques that should help me now that I am back in the ring working on book number two.

I’ve recently created a new home office space for myself, with folding screens that I am using as giant bulletin boards for my mind maps and sticky notes.

When I started Blank, there was no such thing as texting. Cell phones were around, of course, but they were more of a tool for working adults rather than a teen must-have/extension of self, and social media was only just beginning to pop up.

Jessie, the main character, struggles desperately to put together the puzzle of who she was before a brain injury and memory loss. In my first draft, she studied photo albums, read her old journal and checked her email from time to time in search of clues of her past.

During revision process, I knew I had to add texting and social media and all the other ways a teenager now would go about tracing her past and reconnecting with her life. Including the technology ended up bringing some fun and meaningful elements to the story, too, which was a nice surprise.

Without the changes, for example, I wouldn’t have created The Hedgegod, a wise creature Jessie follows on Twitter who dispels quills and inspiring quotes. He’s based on my daughters’ real pet hedgehog, Velcro, who we all think is pretty wise himself.

In the very near future, I know facebook might be passé (some argue it already is) and teens will be onto something completely different. Having it play a key role in Blank may date the novel, but it’s so prevalent it couldn’t be ignored.

Even further down the road, when my grandchildren read Blank, it’ll seem completely old-fashioned. Texting? What’s that? By then, teens might have implanted devices that allow them to share even a smell or thought with others.