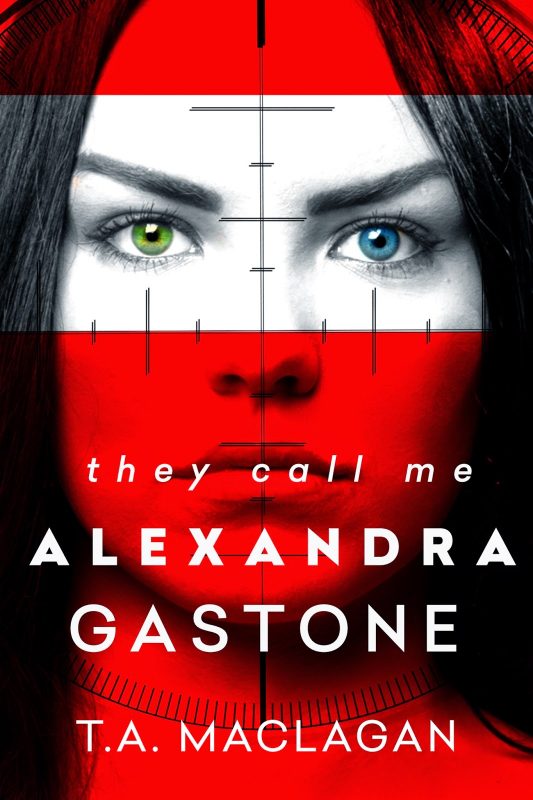 From the promotional copy of They Call Me Alexandra Gastone by T.A. Maclagan (Full Fathom Five Digital, 2015):

When your life is a lie, how do you know what’s real?


Alexandra Gastone has a simple plan: graduate high school, get into Princeton, work for the CIA, and serve her great nation.


She was told the plan back when her name was Milena Rokva, back before the real Alexandra and her family were killed in a car crash.


Milena was trained to be a sleeper agent by Perun, a clandestine organization from her true homeland of Olissa. There, Milena learned everything she needed to infiltrate the life of CIA analyst Albert Gastone, Alexandra’s grandfather, and the ranks of America’s top intelligence agency.


For seven years, “Alexandra” has been on standby and life’s been good. Grandpa Albert loves her, and her strategically chosen boyfriend, Grant, is amazing.


But things are about to change. Perun no longer needs her at the CIA in five years’ time. They need her active now.


Between her cover as a high school girl—juggling a homecoming dance, history reports, and an increasingly suspicious boyfriend—and her mission in this high-stakes spy game, the boundaries of her two lives are beginning to blur.


Will she stay true to the country she barely remembers, or has her loyalty shattered along with her identity?

As a book cover art aficionado (I have a Pinterest page of covers I fan girl over – yes, I’m that much of a book nerd), I headed into the cover design phase of my publishing journey with both excitement and trepidation.

I wanted a cover that I could love so badly, but knew that authors don’t usually get much input on cover design.

I was both surprised and thrilled, however, by how open Full Fathom Five was regarding the whole process. They asked me for my thoughts at the start, and then after each cover that came in, until we found the perfect one! It really felt like a journey we took as a team.

Yeah, I know how cheesy that sounds, but it’s true nonetheless.

My initial idea for the cover was a close-up face shot of Alexandra that emphasized her heterochromia (two different eye colors), but with the rest of her face being a bit hazy.

With the book’s title being what it is, I thought Alexandra needed to be staring out at the reader and as her heterochromia is a pivotal component of the book, I also felt that should be emphasized. I liked the idea of the rest of her face being a bit hazy because Alexandra struggles with her identity as the story unfolds and the haziness, I thought, could allude to that struggle. In addition to her face, I pictured a Washington D.C. skyline in the background, and a two-headed swan at the base of the cover (a symbol from the book).

As you can see from the final cover, which was the fourth iteration, some of my ideas made it onto the cover while others didn’t and thankfully so, because when I was thinking of cover design, I wasn’t necessarily thinking of book marketing.

With Full Fathom Five being generous about including me in the cover design process, I was able to learn quite a bit about what goes into making a successful cover. What I didn’t at first realize is that the cover should not only represent the book but also represent the genre.

For They Call Me Alexandra Gastone, that is spy fiction, in general, and YA spy fiction, in particular. This is something my original vision for the cover didn’t take into account. When someone looks at your cover, they should know what kind of book they are looking at.

With They Call Me Alexandra Gastone, I doubt anyone would think anything other than spy with the red and black color scheme and the riflescope. The red and black practically screams spy. Just look at these covers for popular spy novels…(photos of spy book covers). 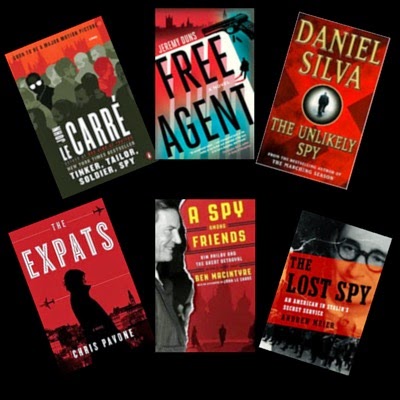 The style of the cover is also in keeping with advertising for one of my favorite TV show, The Americans, which is also about sleeper agents living in the United States. My first drafts of They Call Me Alexandra Gastone were written before “The Americans” hit the airwaves but some of my later editing was definitely influenced by the dynamics of the relationships on the show.

So I find it fitting that there’s some resemblance between Alexandra’s cover and advertising for the show as I believe the book, despite being YA, could easily cross over into the adult market and would appeal to fans of the show. 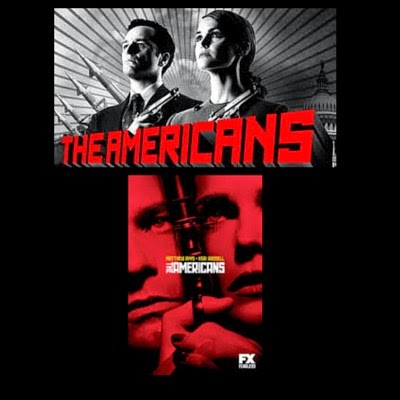 As far as representing the YA spy genre, broadly speaking YA spy books fall into two subgenres, the “lighthearted adventure” subgenre, and the “darker, more serious, suspense” subgenre. These two subgenres have very different styles of covers.

Books like Ally Carter’s Gallagher Girls series (Hyperion), Robin Benway’s Also Known As series (Walker), and Jennifer Lynn Barnes’ The Squad (Laurel Leaf) are all very popular YA spy books that fall into the “lighthearted adventure” category and as such they all have similarly styled covers. 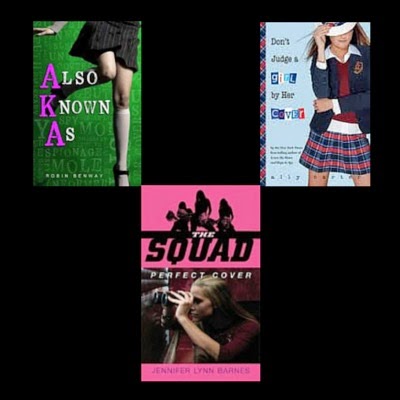 Because They Call Me Alexandra Gastone doesn’t fit into this subgenre, it was important the cover didn’t, in any way, resemble this cover style. Instead, the cover for They Call Me Alexandra Gastone is much more in keeping with books like Elizabeth Wein’s Code Name Verity (Hyperion) and Lindsay Smith’s Sekret (Roaring Brook) from the “darker, more serious, suspense” subgenre—note the use of red on both covers. 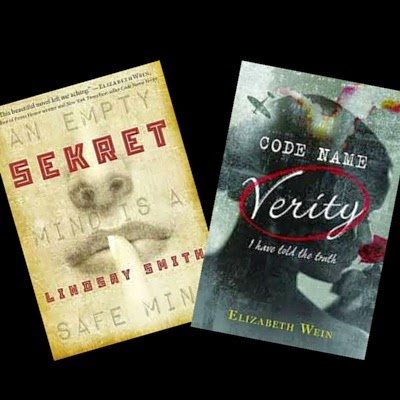 After the cover designer nailed the color scheme and spy vibe, we faced one last hurdle. The model featured on the cover was used in every cover version we saw and looks very much like how I envisioned the character. That said, we were struggling a bit with her expression as the cover designer zoomed in for the third cover attempt. It looked too flat. That’s when the riflescope idea came into play. With the scope overlaid across her face, her expression morphed from flat to defiant.

As Alexandra is a kick butt kind of girl, this last minute addition to the cover, sealed the deal for me and gave me a cover I’m more than a little proud to have as the face of my debut!