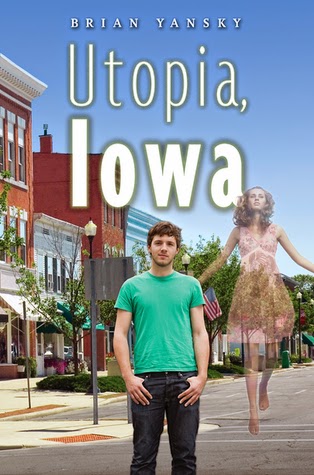 Congratulations to Brian Yansky on the release of Utopia, Iowa (Candlewick, 2015). From the promotional copy:

Utopia, Iowa is about a small town where the supernatural meets the natural. There’s some murder and mystery and mayhem in this novel. Ghosts and other creatures and humans abound.

Some funny moments. Some sad.

At heart, it’s a story about a boy who wants to write for the movies and his struggle with leaving all he knows (family, friends, hometown) to pursue his dreams.

See also The Road to Utopia, Iowa Was Paved with Rejection by Brian Yansky from Brian’s Blog: Diary of a Writer. Peek: “How many rejections did Utopia, Iowa, get? I could probably ask my amazing agent for an exact number, but I’ll guess in the neighborhood of fifteen, including one from the publisher who ultimately accepted and published it (though not the same editor). And also–an important detail- the version she accepted was not that same version that had been rejected.” 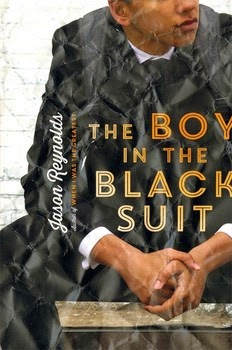 Confronting Grief with YA Literature: An Interview with Jason Reynolds by Brook Stephenson from The Gawker. Peek: “People always say time heals. Time doesn’t necessarily heal anything. It allows you to manage things. There are occasions where you feel the pain as if it just happened but you know that it’s a fleeting moment.”

Seven Core Values to Celebrate During Black History Month by Veronica Schneider from Lee & Low. Peek: “we like to not only highlight African Americans who have made a difference, but also explore the diverse experiences of black culture throughout history, from the struggle for freedom in the South and the fight for civil rights to the lively rhythms of New Orleans jazz and the cultural explosion of the Harlem Renaissance.”

Simple Promotional Tip: Call Your Book by Its Name by Sharon Bially from Writer Unboxed. Peek: “Time and again I’ve seen even the most experienced authors make what I consider to be a big publicity faux pas. It happens at readings, on conference panels and in casual conversation.It can be summed up with these two simple words. ‘My book.'”

Congratulations to Isabel Quintero (for older readers) and Duncan Tonatiuh (for younger readers), winners of the 2015 Tomás Rivera Award from Latinas for Latino Lit. Peek: “Established in 1995, the award honors authors and illustrators who create literature that depicts the Mexican America experience.”

Dear Writers and Editors: Some Cautions About Selecting Beta Readers by Debbie Reese from American Indians in Children’s Literature. Peek: “Speaking to a tour guide at a museum is not enough. They are not the person with the authority to work with you. Obviously they’re interested in education but there’s an important distinction in what they do, and what a tribe’s research board does.” 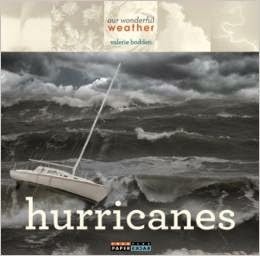 Thematic Book List: Extreme Weather from The Miss Rumphius Effect. Peek: “…a list of books that focuses on storms and other conditions caused by extreme weather conditions.”

Creating Fascination with a Character by Sarah Callender from Writer Unboxed. Peek: “Not knowing how we are supposed to feel about a real person, in real life, is not comfortable. But in fiction? It is delicious.”

Four Research Hacks for Writing Thrillers by Becca Puglisi from Writers Helping Writers. Peek: “One of the most common questions I’m asked as an author is, “How can you write thrillers if you’ve never served in the military/emergency services/spy agencies/etc.?”

Perspectives of Diversity in Book Reviews, Part 1: “Scarcely Plausible” by Malinda Lo from Diversity in YA. Peek: “In a novel, the writer’s goal is to cause the reader to lose themselves in the story, so anything that knocks the reader out of the story’s world may appear to be a flaw. When a diverse cast is criticized as ‘contrived,’ though, it’s a bit more complicated.”

Thank you to readergirlz for the shout out about the upcoming release of Feral Pride (Candlewick, Feb. 24, 2015)!

The Horn Book says of Things I’ll Never Say: Stories About Our Secret Selves, edited by Ann Angel (Candlewick, 2015): “Cynthia Leitich Smith takes a characteristically paranormal approach in ‘Cupid’s Beaux’: “slipped” angel Joshua must decide whether it’s ethical to conceal his celestial identity and woo human Jamal…. The assortment of approaches offers plenty of surprises, and the collection can be read in one sitting without becoming repetitive.”

Link of the Week: How Authors Get Paid from Mette Ivie Harrison. Peek: “This all sounds perfectly obvious, right? But a lot of people I talk to think that authors get paid a lot more than they actually get paid. This is partly because of a wide variety of misconceptions, such as….”

Cynthia will speak on “Crafting Diverse Books for Young Readers” at 10 a.m. Feb. 14 at the Austin SCBWI monthly meeting at BookPeople in Austin.