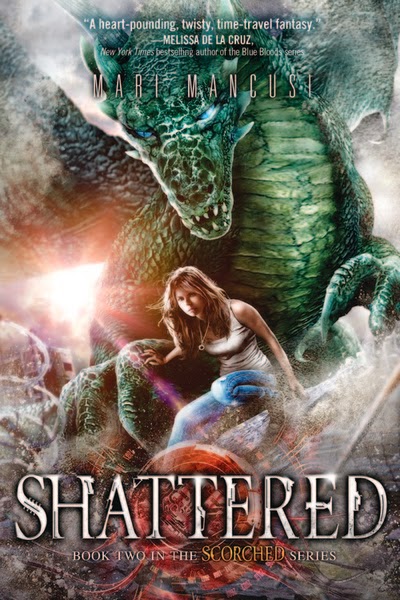 
Trinity, Connor, and Caleb are trying to stay under the radar, holed up in an abandoned West Texas farmhouse. Their only problem is Emmy: a baby dragon that’s growing like crazy. When Emmy is caught on tape and the video goes viral, they find themselves on the run again. Their only hope comes from an old map leading to a man who has come from the future to help them. But with the government hot on their heels and Caleb’s growing addiction to spending time in the Nether world, will they be able to reach him in time? And will keeping Emmy safe end up being too high a price for Trinity to pay?

See also Mari on Kids Don’t Read Like They Used To (And That’s a Good Thing). Peek: “These days, when a tween or teen finishes a book they enjoy, the first thing they do is Google the author or series title. They’re looking for author websites with cool downloads, fan sites with forums they can chat on, videos on YouTube to watch, Facebook pages they can ‘like,’ and secret inside information about what’s coming up next. In short, they’re looking to become a part of the world in any way they can.”

Choosing Writing by Jennifer Chambliss Bertman from Emu’s Debuts. Peek: “…here are the things that kept me tethered to the writing boat while the waves crashed on top of me.” 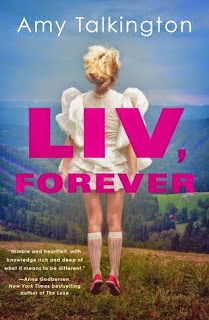 How to Make a Killer Book Trailer (for No Money) by Amy Talkington from Adventures in YA Fiction. Peek: “They told me the best book trailers are short (a minute or less) and convey the tone of the book (versus the story). These were very useful words of wisdom.” See also Do You Need a Social Media Platform? Agents Weigh In.

Love Every Word by Jeanne Kisacky from Writer Unboxed. Peek: “I am not thinking about word count, about cutting the work into a number of independently marketable parts, or about publishing rules/trends/standards. I am simply trying to make the work as long as it needs to be to tell the story. No more. No less.”

I Am Not Accessible by Shannon Hale from Squeetus Blog. Peek: “A few years ago, I had a choice. I could 1. answer all my emails or 2. write more books. I chose books.”

Q&A Simon & Schuster Editor Zareen Jaffery from Story and Chai. Peek: “Of the hundreds of submissions I receive, I only take on about ten new books each year, predominantly novels, and that number includes multiple works by the same writer or books by previously published writers. I signed two debut authors last year. (I edit about 20 original books a year.) What I’m getting at is that the competition to get published is fierce.” Note: topics include the publication of books with Muslim characters and themes.

Writing Mental Illness: Stigma & Story by Erin E. Moulton from CBC Diversity. Peek: “I found that I had to cull from a variety of sources to make sure that I was creating an accurate, human and non-stereotypical portrayal of the Bipolar experience. I looked to both fiction and nonfiction for help on this subject.” 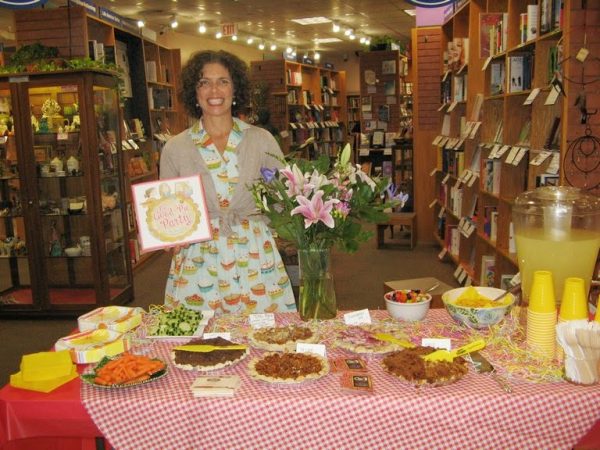 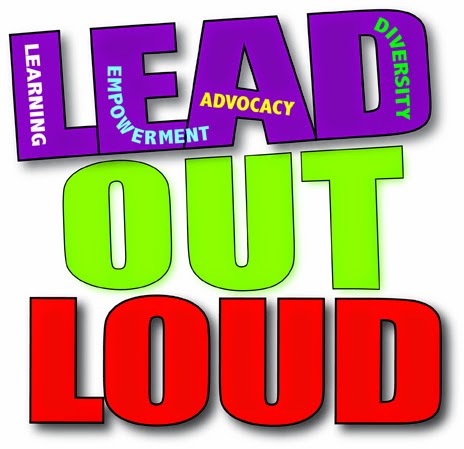 It’s a short week at Cynsations as I’m at the Texas Library Association Conference in San Antonio and then off to the Los Angeles Times Festival of Books at the University of Southern California. See details below! See also more Candlewick Author & Illustrator Public Events for April 2014.

Do yourself a favor and meet Betty X Davis in this interview by Meredith Davis from Austin SCBWI. At age 99, Betty is a founding member of the chapter, plays tennis once a week, and plays Scrabble against herself. She says, “it’s always a close match.”

Here’s the Question of the Week (and from the major national media, no less): “Where the African-American Harry Potter or Mexican-American Katniss?” by Ashley Strickland from CNN. Note: I’m honored to be mentioned in such distinguished company. Peek: “Even though young adult literature is enjoying a golden age and authors are working to diversify their stories, lead characters of color or characters who are lesbian, gay, bisexual or transgender are still slow to appear in popular mainstream young adult fiction.”

The other post lingering on my mind is Keith Cronin on How to Make Somebody Hate Reading from Writer Unboxed. As a teen, I enjoyed literary analysis and went on to get a concentration in English at The University of Kansas. However, as editor of my high school newspaper, I did choose to skip senior AP English in favor of an extra hour each day in the news room.

Thanks to Debbie Reese for recommending my
picture book Jingle Dancer (Morrow/HarperCollins, 2000) in her interview for How Children’s Books Fuel Mascot Stereotypes
by Aura Bogado from Color Lines.

Cheers to Lee Bennett Hopkins, the Most Prolific Anthologist of Poetry for Children, as certified by the Guinness Book of World Records.

Join Cynthia Leitich Smith, along with Soman Chainani, Margaret Stohl, Laini Taylor, and moderator John Corey Whaley for “Young Adult Fantasy: The Real & the Unreal” (conversation 1095) in the Norris Theater at 4:30 p.m. (signing to follow) April 12 at the Los Angeles Times Festival of Books at the University of Southern California.