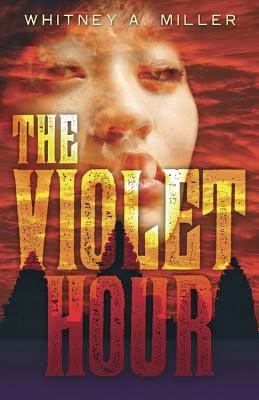 Whitney A. Miller is the first-time author of The Violet Hour
(Flux, 2014). From the promotional copy:

Some call VisionCrest the pinnacle of religious enlightenment.


Others call it a powerful cult.


For seventeen years, Harlow Wintergreen has called it her life.


Despite the constant scrutiny, Harlow has managed to keep a dark and dangerous secret, even from her best friend and the boy she loves. She hears a voice in her head that seems to have a mind of its own, plaguing her with violent and bloody visions. It commands her to kill. And the urge to obey is getting harder and harder to control…

The Violet Hour was the second novel I attempted to write, so I wasn’t completely naive. I knew that a first draft was just the beginning of a very long process, but woah mama…did this book ever have it in for me!

In the beginning stages, I didn’t really know what the book was about. I had this amazing main character (Harlow Wintergreen), this iconic cult-like religion (VisionCrest), and this edgy, pop-culture altiverse in which it all existed. But I didn’t have a story just yet – details shmeetails.

At that time I never wrote with an outline so I meandered about the manuscript, surprised and delighted by every crazy left turn Harlow took. I’ve since learned my lesson on that front, but as I once said in an early draft of The Violet Hour to explain away a plot that made no sense, that is a story for another day. I would throw in wacky details because they sounded cool or seemed spooky – a mysterious necklace! a sinister voice! a Cambodian temple!

But then when I had to tie it all up with a bow at the end, I realized I had created a monster.

That puppy was going to require major revision….like, 10 drafts’ worth before it went out for sale.

It was a process. One that could have been significantly shortened by a little bit of pre-planning. But I’m a hard-way learner, what can I say?

During the time that it was out on submission, I came to realize that the last third of the book just didn’t feel right. At that point I had stripped the story down to the studs multiple times, torn it into shreds and put it back together until my fingers bled and my eyes crossed (okay, maybe I’m being melodramatic).

I was exhausted. I didn’t even want to look at it anymore, much less tear it apart again. But once it sold (oh happy, happy day!) I knew I owed it to myself and my future readers to make the story the absolute best it could be.

I lost count, but I was finally finished around draft 17. And I was really proud of it. The story I wanted to tell was finally on the page, and I didn’t give up before I got there.

So what did I learn from this and what advice would I give to other writers around revision?

I didn’t think about this consciously, like “I’m going to make this specific issue my real world parallel because that’s what a horror book must do.” That said, there are many social, political, and cultural parallels in the book – things that really intrigue me.

For example, I am curious about belief in all its forms. Religions. Cults. Science. Politics. The process of deciding that a certain thing or person holds the answers to the unanswerable is one I’ll never tire of exploring.

As human beings, we are often willing to believe the most outlandish, unseeable things and simultaneously incapable of believing the clear and obvious (if there is any such thing).

What makes us think our perception is the only reality? What creates certainty in the absence of evidence? What happens when those things occur? These are the things that were always present in The Violet Hour, and became honed over the lengthy process of revision.

At a certain point I had to ask myself: okay, this is a cool story but what am I trying to say? That’s when I really got down to the meat of it.

I hope the result is a rich subtext that both fascinates and frightens.