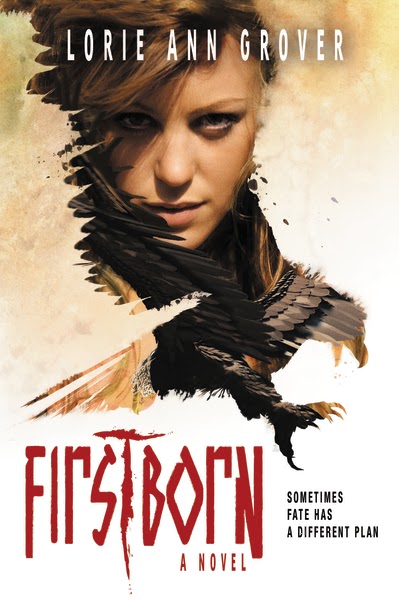 37 million girls missing…in China alone, due to the One Child Policy.

What is this systematic killing of girls called?

Reading these statistics I was appalled. How could this be happening today?

“It’s a Girl” movie, now on Instant View on Netflix, made the atrocity even clearer.

How can we turn away from the woman who says she killed eight daughters while waiting to conceive a son? She stands, pointing to the eight mounds of dirt in her yard.

How can we not respond to parents crying because hospital staff have murdered their newborn daughter in the night?

How can we not grieve over rooms of women awaiting forced abortions? Either the mothers can’t afford to pay the fee for another child or they simply are carrying girls.

We can’t look away.

I wrote Firstborn (Blink, 2014) in response to gendercide. Sometimes the power of a fictional story can be used to draw awareness, attention, and action to a real cause.

My character Tiadone is a firstborn female. In her society, her father has the choice to leave her in the elements to die or declare her a male and suppress all her feminine traits with an amulet. He chooses the latter, and her role is set for the rest of her life.

As initiation draws near, she begins to wonder over the power of the amulet. If it is powerless, it will mean her death. Tiadone’s heroine’s journey will take her to see the value and worth of a female, newborn or grown.

As Firstborn takes flight, I hope readers are outraged by gendercide.

I hope they watch “It’s a Girl” movie, visit All Girls Allowed, and grow familiar with the Global Gendercide Advocacy Awareness Project.

As I share imagery across social media for 30 days, beginning on Valentine’s Day, I hope more hear of gendercide and experience the same rage I felt and continue to feel.

As we say at readergirlz, I hope they read, reflect, and reach out—to their sisters: those carrying a female child, the unborn child herself, and the newborn daughter. May they all be allowed to live.