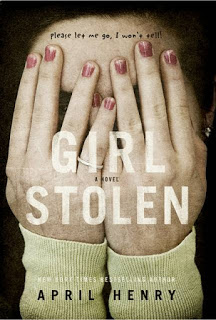 When Cynthia invited me to write a guest post for her blog about some aspect of writing mysteries, I knew immediately what I wanted to write about. Tension.

But how do you get that tension? Here are some things that work for me:

Grab them by the throat

You start right out of the gate, like these first sentences:

• “He began his new life standing up, surrounded by cold darkness and stale, dusty air. Metal ground against metal; a lurching shudder shook the floor beneath him.” – The Maze Runner, James Dashner (Delacorte, 2009)

• “When I go down to breakfast, I’m greeted by photos of bullet wounds scattered all across the kitchen table.” – Flash Burnout, L.K. Madigan (Houghton Mifflin, 2009)

• “It was the rough hand over her mouth that convinced Cassie Streng that what was happening was real.” – Shock Point, me (April Henry)(Putnam, 2006)

Chapters under two thousand words make a book just zip along. I’m currently writing a book where most chapters are under a thousand.

In a mystery or thriller, this can be a literal bomb that the reader can’t stop worrying about. It could also be an ultimatum. For example, in my thriller – Girl, Stolen (Henry Holt, 2010) – Cheyenne’s folks are given only a few hours to gather millions in ransom money after she is kidnapped.

There are many kinds of ticking clocks, from a looming big test to a much-dreaded prom. You can even give it a twist by showing the clock but not saying what it’s counting down.

John Green does this to great effect in Looking for Alaska (Speak, 2007). Chapters are titled “136 days before,” “111 days before,” etc. The reader knows something dramatic is going to happen when the countdown is finished.

Cut to the bone

Look for passages that describe the weather, the landscape, the aftermath, or travel. Then cut them. (Or at least cut them back.)

Your main character has a goal – but every action her or she takes to reach the goal should just push it further away. In Girl, Stolen, when Cheyenne fights back against the guy who is stealing her step-mom’s car, he is forced to subdue her – and ends up kidnapping her.

Our main character was already nervous about singing in class, but now she has been asked to sing at the stadium. Or for a more mystery-related example, not only will someone die if our main character doesn’t catch the serial killer, but the next victim could be his girlfriend.

Force the character to make a choice between two things he or she wants desperately. Edward or Jacob? Peeta or Gale? Staying safe at home or risking life and limb?

Chapter endings should look ahead, not behind. They need to end on a note of drama (and, if possible, a cliffhanger) rather than just summing up what has just taken place. 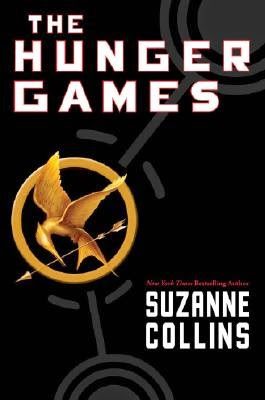 For excellent examples of kick-ass chapter endings, take a look at The Hunger Games by Suzanne Collins (Scholastic, 2008):

• Chapter 4: “Which also means that kind Peeta Meelark, the boy who gave me the bread, is fighting hard to kill me.”

• Chapter 5: “But because two can play at this game, I stand on tiptoe and kiss his cheek. Right on the bruise.”

• Chapter 6: “I wonder if she will enjoy watching me die.”

And here are some from Girl, Stolen:

• Chapter 1: “Because for the last three years, Cheyenne had been blind.”

• Chapter 23: “Then like a man splitting a log with an ax, Cheyenne swung the wrench in its swift and terrible descent.”

These tricks can make any mystery, thriller, or novel better. 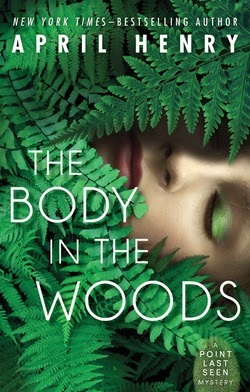 April Henry is the New York Times bestselling author of mysteries and thrillers for adults and teens. Girl, Stolen, a YA thriller, is about a blind girl who is kidnapped. Learn more about The Night She Disappeared, The Girl Who Was Supposed to Die, and The Body in the Woods (Book 1 of the Point Last Seen series).

Originally published in December 2010, this is the highest-traffic writing craft post in Cynsations history. Past posts will be sprinkled into the schedule for the duration of Cyn’s revision deadline.

2 thoughts on “Guest Post: April Henry on Just Add Tension: How to Make Any Book – But Especially Mysteries and Thrillers – Better”