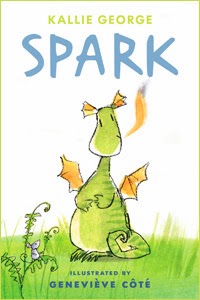 For over eight years, I have been an editor at Simply Read Books, alongside writing and authoring my own books.

There is no doubt in my mind that editing has helped me become a better writer, albeit with much more to learn still.

I think it is very hard to have written a book, especially a long book, only to discover there is something crucially, substantially wrong with the plot, something that means you have to rewrite the whole book.

This is why I like to outline, and share my outlines with my editors and writing friends. In that way, I hope to avoid having a big plot problem down the road.

Of course, outlines don’t always catch all major problems. The first thing I do when I edit a story I’ve written is check it for the big stuff (such as character arcs, plot arcs, and world-building). It is pointless to spend hours perfecting sentences when those sentences might end up being cut.

The Big Stuff Really is the Most Important Stuff

When I became an editor I became obsessed, as many editors are, with every comma being perfect, especially since, for some of our picture book titles, I do everything from substantive to copy-editing.

But one incident in particular showed me that really what matters is the heart of the story.

I made a copy-editing mistake on a book and I was sure that it would mean the book would get awful reviews and be denied awards because of my oversight. However, that didn’t happen at all. It turned out that no one noticed the mistake.

It was the heart of the book that was more important to people—the emotions, the characters, the idea, the illustrations. That is what you really need to focus on getting right.

This is not to say that every comma shouldn’t be perfect. I still believe that that they should too.

Every Word Really Does Count 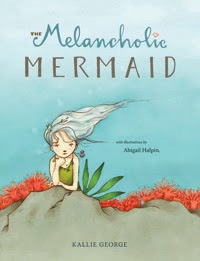 I believe in making sure that every word is there for a reason, moving the story or the characters forward. Of course, I work mostly in picture books, early readers and early chapter books where word count is limited.

Early readers, like Spark, demand especially care for word choice, as they are meant to be the first reads of children. I spent a lot of time trimming and agonizing over words in Spark.

Time Away is Important

Stories are like soup. The longer they simmer, the better they often are. It seems when I have the ability to put a story on the shelf for a while, and then come back to it, I always discover that it is not as good as it could be, and then I try and find new ways of making it better.

(That is why it can be nice to have a few projects on the go, so you can work on one, while another simmers.)

It’s Never Over Till It’s Over

I edit my writing many times.

Spark alone went through approximately thirty drafts. I was perfecting words when it was in the layout, ready to go to press.

I don’t view stories as ever “final” until they are back from the printer.

One mind is rarely enough to make a story the best it can be. I am so very grateful to have met friends who are great editors as well, and work in the industry, and offer their feedback on my work.

Without a second, or third, or fourth, pair of eyes, my stories would never get to be as polished as I’d like them to be.

Ultimately, writing is editing and editing is writing. This is my process, working and reworking a story until it is the best it can be. I guess perhaps I really am an editor at heart!

One thought on “Guest Post: Kallie George on What Being an Editor Taught Me as a Writer”