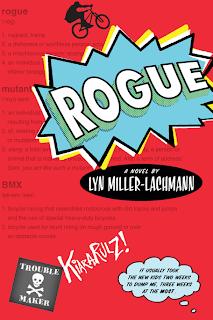 Six weeks before my novel Rogue (Nancy Paulsen Books/Penguin, 2013) came out, I attended a friend’s launch party and thought, “I could never pull this off.”

Her apartment building’s party room was jam-packed with guests, everyone had a good time, and all her books sold out.

I have Asperger’s syndrome, a mild form of autism, which makes it difficult for me to connect with people and organize big events. I also don’t like noisy, crowded parties.

But I wanted my book to be noticed on its launch day, and I wanted to feel like this—the arrival of my first novel from a major publisher—was a special day for me.

Rogue is about a young teenager who, like me, is on the autism spectrum. She is obsessed with the X-Men, mutant superheroes who have been excluded from society but who have unusual special powers that can save society. She sees herself as a mutant, but one who has not yet found her special power.

As Rogue’s launch day approached, I thought about my own obsessions and my own special power. Over the past several years, I have built an entire Lego city and created various story lines with minifigures. I thought, “Why not use my minifigures to celebrate my book?”

I’d recently bought a Lego picture frame that I could use as a billboard, and I had barriers to block off streets and plenty of Lego people to show up to an all-day block party.

In the morning, I set up and photographed the billboard and the start of the celebration, complete with the BMX bikers and skateboarders who play a major role in Rogue. I posted the photo on Facebook and tweeted it to my followers. 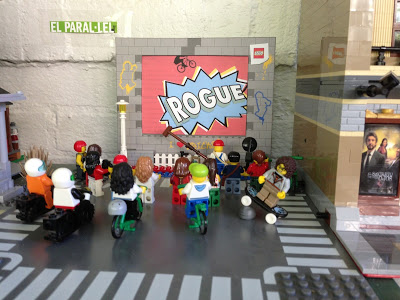 Many wrote in their congratulations, and I sent them additional photos of my Lego city, Little Brick Township, in appreciation of their support. 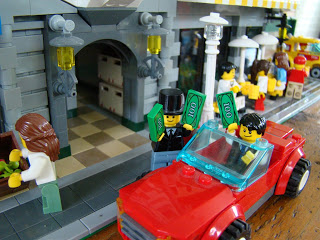 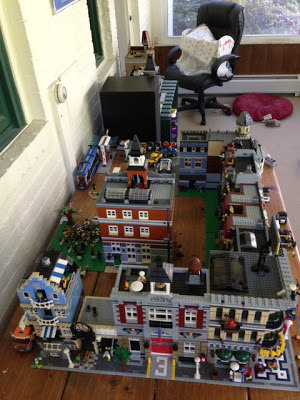 The big event happened at night, when one of Little Brick Township’s popular bands, SlikMoovs, played at the huge party and dance. 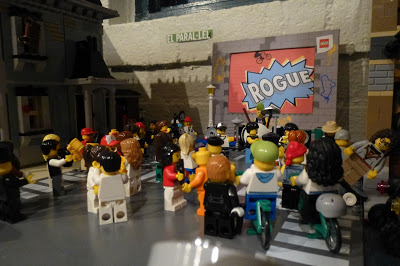 Social communication is one of the greatest challenges of persons on the autism spectrum, but as Temple Grandin has pointed out, there are many ways to communicate.

In creating my launch party, I played with two-dimensional images, three-dimensional figures, light and shadow, and narrative to convey an imaginary community’s celebration via social media. I had fun, and I believe that I brought joy to others through my art. Above all, I found a creative solution to what was for me a seemingly insurmountable problem. 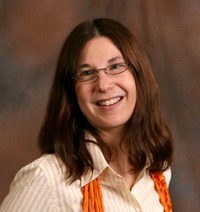 Students possess a wide range of abilities and challenges, and teachers have the tough task of bringing out the best in each student, and giving everyone a chance to shine.

I hope my book launch party gives you ideas for your classroom or library and serves as inspiration to help each of your students find his or her special power.

LEGOctober: Lyn’s reflections on what the Little Brick Township has taught her about writing.

Enter to win a signed hardcover copy of Rogue by Lyn Miller-Lachmann (Nancy Paulsen Books/Penguin, 2013). The first person in the comments to identify the language of the green and white sign just above and to the left of the billboard in the first Lego photo will win. Be sure to include a link to your contact information/Twitter account. Author sponsored. Eligibility: international.