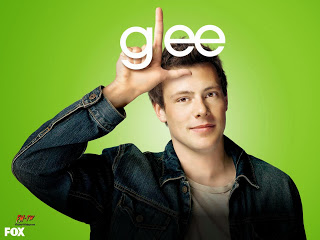 The humor is sharp, sometimes cutting, the emotion intense, and the song-and-dance numbers often rise to fantasy elements.

I felt loss, sadness and frustration when one of the show’s stars, actor Cory Monteith, died of a drug overdose in July.

Not a personal loss. I didn’t know the young actor, but I admired his talent and watched his skill set grow over the course of the series. I appreciated his performance of the character Finn Hudson.

As a YA author, I follow media related to teens and their culture. I’ve read essays arguing that “Glee” had a responsibility to directly address the circumstances of Cory’s death in the tribute episode that aired last night. Some suggested that the writers should insert Cory’s situation into Finn’s storyline. “Don’t do drugs” should be the theme, they claimed. Anything else or less would be irresponsible.

After all, they pointed out, “Glee” frequently touches on societal issues—such as eating disorders, homophobia and domestic violence—that affect adolescents. Concerns were expressed about romanticizing addiction.

How could the writers not take advantage of this opportunity to perhaps save young lives?

I understand the compulsion. The passion and the pain behind it.

It’s an important message (drugs can kill you), but this wasn’t that opportunity.

Teens are smart enough to know the difference.

Theme only resonates when fiction rings true. Finn wasn’t a minor character. He was the quarterback, the leader, and, to showstopper Rachel Barbra Berry, the leading man.

Viewers know Finn didn’t have a substance abuse problem. Forcing one in wouldn’t have been playing fair with the audience. It would be inconsistent, and consistency is the key to resonance. 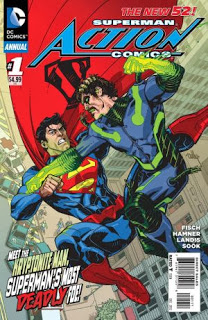 Think about it. Last night, Finn was compared to Superman.

If Superman was suddenly invulnerable to green kryptonite, without prior warning or explanation, and therefore, a villain’s scheme to kill him failed…would you find that satisfying?

No, it’s a cheat. It’s inconsistent with what you know about the Man of Steel. It doesn’t ring true.

And if that example sounds trivial, you’re missing the point.

Stories shape our hearts. But storytelling must be sufficiently cohesive to make viewers suspend disbelief, which in turn, is necessary to their caring enough to keep watching (or in the case of a novel, to keep turning pages).

To exploit details of Cory Montieth’s death in a celebration of Finn Hudson’s life would strain credibility to the point that any intended anti-drug theme would, at best, fall flat.

Beyond that, the big-picture takeaway, one that grew organically from Finn’s character, is terrific. It’s that the way we live, the choices we make, the people we love, matter.

In many ways, Finn Hudson was a breakthrough teen character, a remarkable role model. He was the popular guy, the athlete who could’ve played high school for glory days.

Instead, he pursued what he loved—musical performance, even though he wasn’t a natural at all aspects of it. He allied himself with the artistic kids, the outsiders, his gay stepbrother, and his true love (despite her early sweaters). He was taking steps toward defining his life’s dreams.

Finn was talking about becoming a teacher.

His lesson was: The way we live matters. 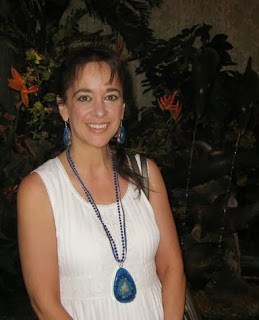 After the episode, three of the actors did offer information on how to get help for drug abuse (1.800.622.HELP). That felt appropriate. Hopefully, it made a positive difference.

Today’s teens are the most info-saturated generation of all time. They already knew how Cory died. There was no need to treat it like breaking news. Not spelling it out again in no way erased their knowledge.

During the show itself, no cause of death was given for Finn. It’s a plot hole—for some, a distraction, but also a judgment call.

Actor Chris Colfer‘s character Kurt Hummel says, “Everyone wants to talk about how he died, but who cares?” That signals a deliberate choice.

The episode was about grief and memorializing. Would a random cause of death have diluted the focus?

I believe so. Years ago, a woman I didn’t recognize reached out to hug me before my dad’s funeral. She whispered in my ear, urgently, “How did your father die?”

It brought me back, in a flash, to his bedside at the hospital. It made the moment about that tangled set of painful circumstances rather than who he was as a person. It shifted the focus entirely.

I shook it off. “Glee” did the same. Was it easy? No, but it was necessary.

For those in mourning, that’s not what a memorial is about.